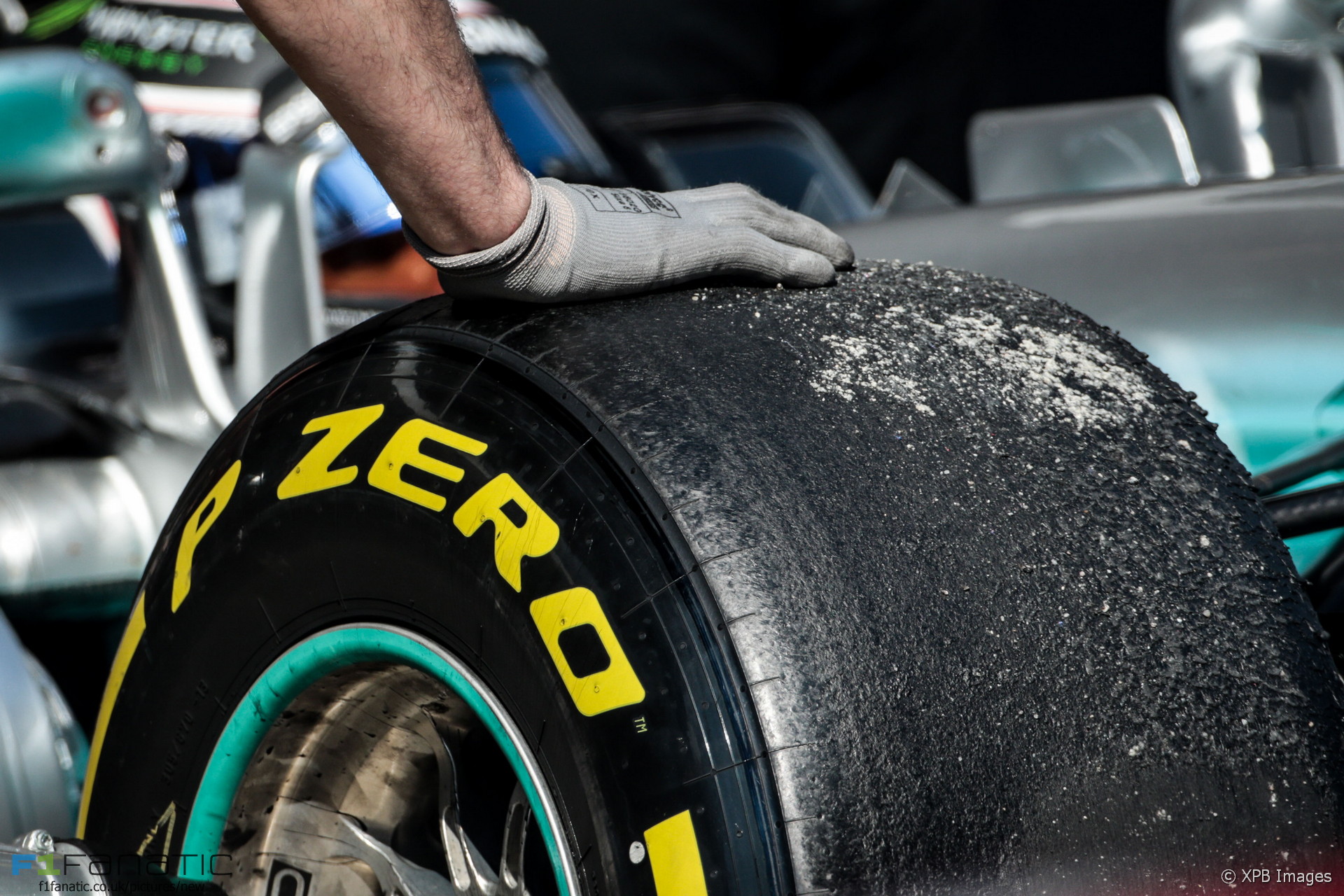 Pirelli says its new tyres are degrading at a much lower rate and it is “very unlikely” to resort to using its backup 2016-style compounds.

“A couple of teams have run the [backup tyres] and it’s a very dramatic difference,” he said.

“I think we’ve seen enough already here to suggest we’re in the right direction. It’s very unlikely that those will be utilised.”

Hembery revealed the 2017 tyres are demonstrating much lower levels of degradation, which was one aspect of Pirelli’s brief for its 2017 rubber.

“We’re well beyond the levels that we were asked to provide so there’s much less degradation,” he said.

However Hembery believes most of the teams haven’t shown their true performance yet which may have an effect on degradation levels.

“When we looked at data yesterday it’s hard to believe some of it because we were having a few tenths of a second (degradation) over 18 or 19 laps,” he said. “But you really don’t know what they’re doing, what programmes they’re running. So it’s very early days.”

“We need to get the cars with the correct performance because if we’re talking three or four seconds quicker then we’re running today that’s like going from GP2 to Formula One. So these are massive differences yet we are going to see, that could change absolutely everything.”

“It may be that we’re being too conservative, that’s one aspect, then some say you’re being too aggressive. You could only tell that when we’ve got the true performance of the cars.”

“We can look at the data, we’ve got an idea of the cornering data, which you can imagine people in testing maybe aren’t running the power train to the maximum of its ability, which is normal. But we’ll probably get some cornering speed data which will tell us where we’re at.”

“Even having said that we don’t believe that there’s many cars running with their definitive aero packages, if at all. It would be very strange if they were because it’s such a big change. They’ll all be wanting to keep hold of any details right to the end.”

With track conditions in testing lower in grip and temperature than in the race, Hembery believes there’s further scope for degradation to rise, but not to 2016 levels.

“Yeah because performance levels increase, temperatures will be higher and that could force us to have a little bit more degradation.”

“But if we’re comparing what we know would have been the case, even here, with the previous generation compound, it’s a colossal change.”