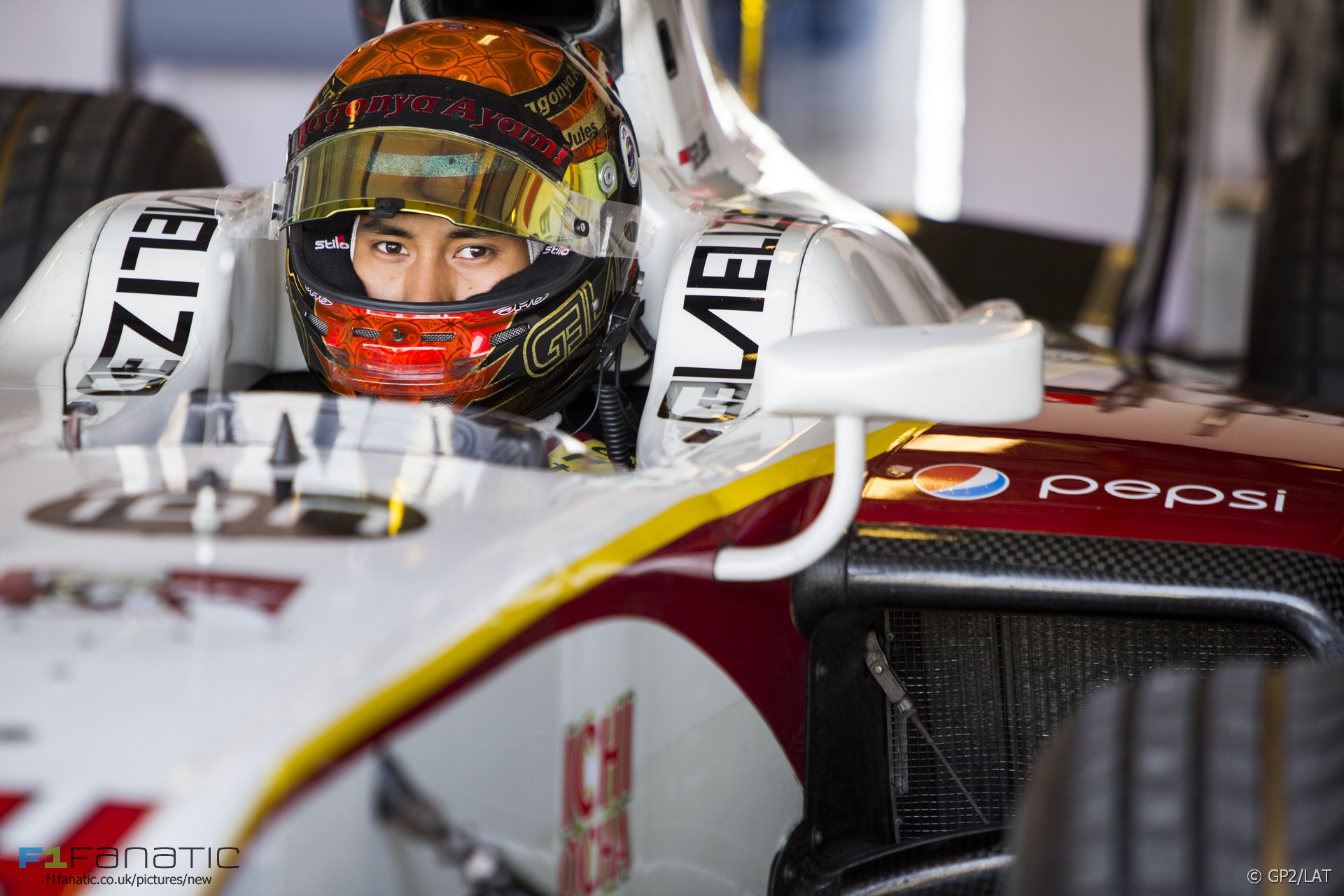 The 20-year-old from Jakarta will drive the team’s STR12 in the tests at Bahrain, the Hungaroring and Yas Marina, all of which take place following their rounds of the world championship. Toro Rosso issued a picture of Gelael have a seat-fitting at the team’s Faenza based.

Gelael will spend his second season in Formula Two (formerly GP2) this year having moved from Campos to Arden, the team set up by current Red Bull team principal Christian Horner. Gelael placed 15th in the championship last year.

His father Ricardo Gelael is a Indonesian businessman who made his money in KFC fast food restaurant franchises. He helped fund his son’s racing which have included two seasons of European Formula Three and one of Formula Renault 3.5.

Gelael has also dabbled in sports cars, winning twice in the Asian Le Mans series last year driving a car shared with Ferrari tester Antonio Giovinazzi. He graduated from karts in 2012 and won the final race of that year’s Formula Pilota China series. That remains his most recent solo victory.

Rio Haryanto became the first driver from Indonesia to race in Formula One last year. He drove the first half of the season for Manor before running out of funds and being replaced by Esteban Ocon.

Pertamina, the Indonesian state-owned oil and natural gas company which previously sponsored Haryanto, will be the title sponsors for the Arden cars in F2 this year.