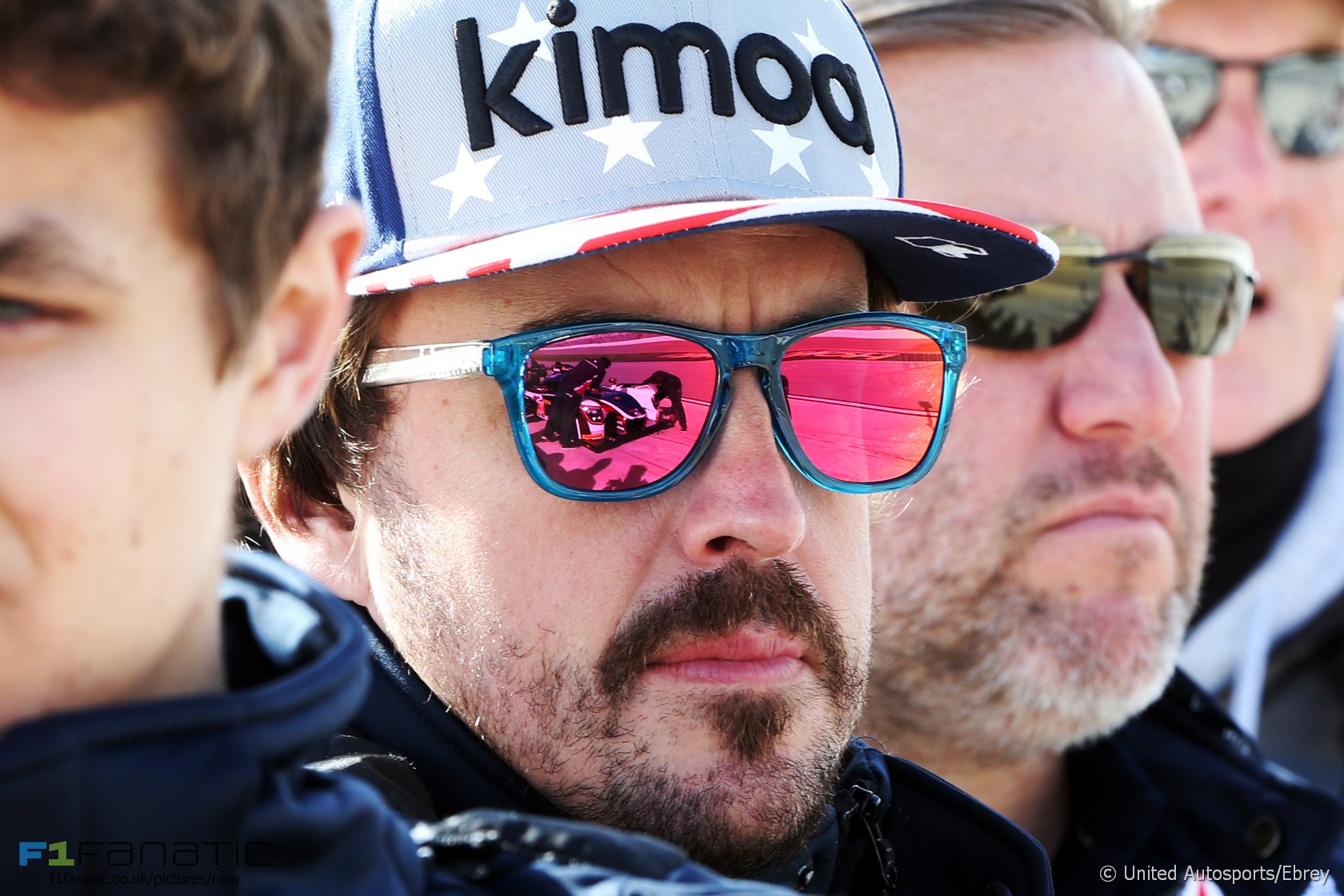 In the round-up: Fernando Alonso says McLaren are in much more promising shape now than they were 12 months ago with Honda.

"We believe that we could be very, very competitive with a Renault power unit next year. All the preparations of the new car, it is looking much, much (more) promising than before."

"I was convinced, as I had some contacts at McLaren, that they would do their best to leave. So I could not be in a position to risk that."

"The test will allow Toro Rosso a chance to shakedown its new car, the STR13, which will run Honda engines for the first time, before pre-season testing."

"The fans worldwide are crying out to have 26 cars now. We need new drivers, new blood, new manufacturers to start competing on a level playing field."

How Renault are aiming to find their future star (Sky)

"The target of the academy is to be able to bring one of those guys into Formula 1 by 2020."

Watching @mpandey69's new four-part series behind the scenes at @McLarenF1. Can't say much more than that at the moment due to embargoes, but will review on @f1fanatic_co_uk later… #F1

Ferrari’s special status in F1 adds to the appeal of the team and the sport, Ashwin reckons:

I find Ferrari’s favoritism in F1 very interesting. The way they are considered favorites of the organizers and the way they can cry to manipulate the rules and regs in F1 though it looks unfair is just plain awesome for me. They are considered the bullies, the villains in F1 that most of us also seem to love.

Their history in the sport, their legendary drivers in the present and past, the evil team orders, the controversies, that most drivers on the grid want to wear the red outfit all makes us love them even more.

Mercedes reigning over Ferrari or Red Bull does not look or feel spectacular cause we believe they already had the technology in V6 to go beyond the other teams (in 2014). They just had to improve on the engines from their performance car designs.

I await the day an underdog beats Ferrari or the Mercs in the championship. It will be a spectacular win.
Ashwin (@Redbullf1)

42 comments on “McLaren could be “very competitive” with Renault – Alonso”