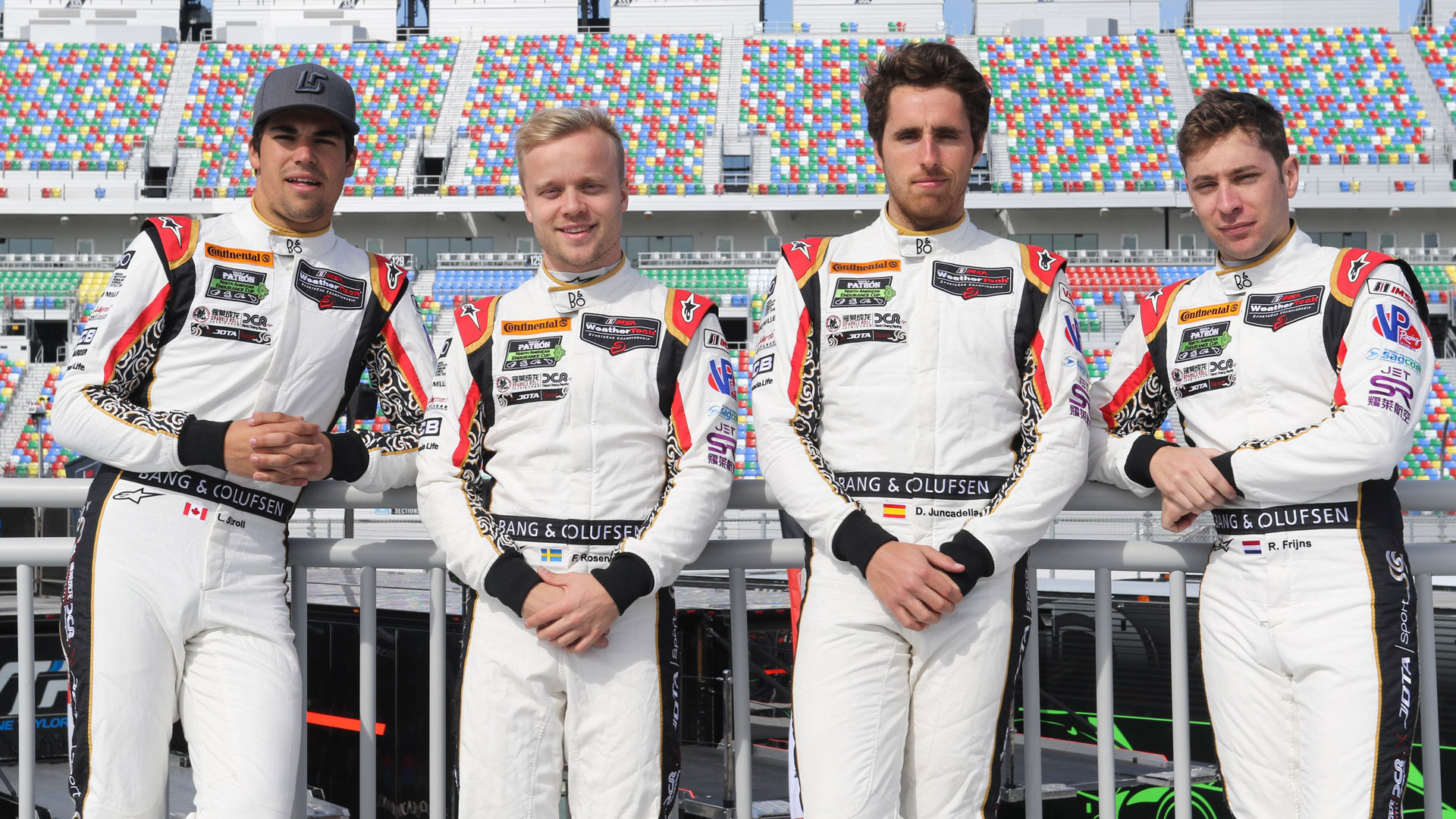 In the round-up: Lance Stroll says he had to take the opportunity to race at the Daytona 24 Hours with former F3 rivals Felix Rosenqvist, Daniel Juncadella and Robin Frijns.

Stroll: 'Whatever you compete in, there's always pros and cons' (Racer)

"Just being here is great, being with my friends, sharing the car, that's a once in a lifetime opportunity. Normally one of them is busy doing something, but this time it all worked for all of us, and that makes it so much cooler."

"I think there is more positives than there is some negative in those relationships, even though I accept it's going to be high maintenance and going to be an interesting season to manage."

How Mercedes and Ferrari will approach F1 2018 (Motorsport magazine)

"The Ferrari was, therefore, lighter than it needed to be. Which meant, in turn, it was unnecessarily surrendering downforce through its shorter wheelbase. A 3kg increase in weight (allowing 5kg of ballast rather than 8kg) would suggest a wheelbase extension of around 9cm (which would make it just 5cm shorter than last year’s Mercedes)."

"The true champions are also great men. They are capable of making difficult decisions, of admitting their mistakes and of pushing harder than before when they get up from a fall."

Hamilton: He grew up on a council estate, fought racism in his sport, and is an F1 legend.. so why don’t Brits like him? (The Sun)

"I have come to witness his work as a sportsman and an individual. He is a rare talent and one that should be heralded by the British public, not condemned."

The Daytona 24 Hours begins today with Fernando Alonso and Lance Stroll among the competitors. We’ll be following the race on F1 Fanatic Live from 7:30pm (UK time).

2018 no more #F1 races on Sky TV in Germany. Not only sorry for the fans but also for all the colleagues working for Sky TV Germany in F1 …

I raced this track on a sim quite a lot. It is awesome. A good driver can overtake here in them corners. They are very naturally flowing and allow dives down the inside.

Maybe aerodynamic would be too restricting for overtakes, but I bet Verstappen in that Red Bull would do some.
@Jureo