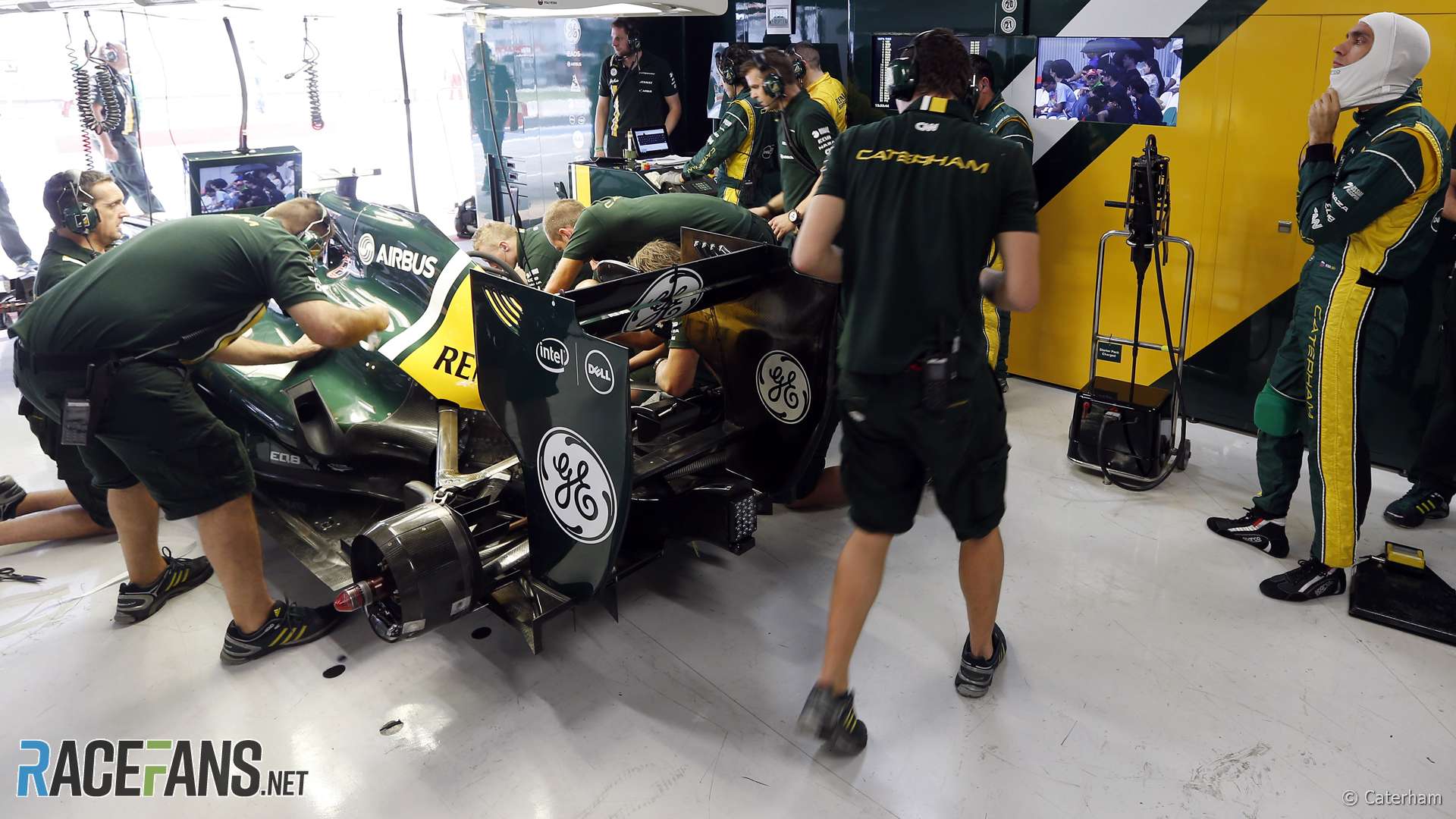 In the round-up: McLaren is tipped to announce a new deal with former Caterham sponsor Dell.

"‎It will represent Dell's first global sponsorship agreement of this kind, and comes as the world's largest privately owned technology company considers a return to the US stock markets five years after billionaire founder Michael Dell took it private."

"First and foremost, we developed a complete power unit before working with McLaren."

"What really, in hindsight, rammed it home to me was when an ex-Williams employee (again nameless) who was at Benetton came down and watched, and then saw me, and very quickly scuttled back. They stopped start-testing, knowing that they were in front of somebody from Williams."

"Going into the new season we'll have the same and we've added a few in some key areas as well."

How FIA will clamp down on F1 engine tricks (Motorsport)

"The requirement for teams to keep above a minimum temperature suggests that there was scope for the air to be cooled – which would help the performance of F1's modern turbo hybrid engines."

"In addition to F1, F2, the GP3 Series and the Porsche Supercup, the June 22/24 weekend at the Circuit Paul Ricard will also include a field of historic sports-protoypes and GT cars, courtesy of the new Masters Endurance Legends series."

"No one more than me wants to believe that a sport that gladly takes money from the Bahraini government really minds about civil rights of women – our women – but a titchy bit of me can’t begin to keep a straight face."

Does F1 need to prioritise getting the basics right before pushing ahead with more radical broadcasting technology?

All I want is to watch the races on my TV and get on-board footage comparable to what IndyCar has been doing for years now. So I will have to wait and see what actually happens with that.

Streaming anything called VR, OTT or AR on my phone or tablet is not something I foresee myself doing. Just give me a good TV broadcast.
Aleš Norský (@Gpfacts)

75 comments on “McLaren tipped to reveal Dell as sponsor”