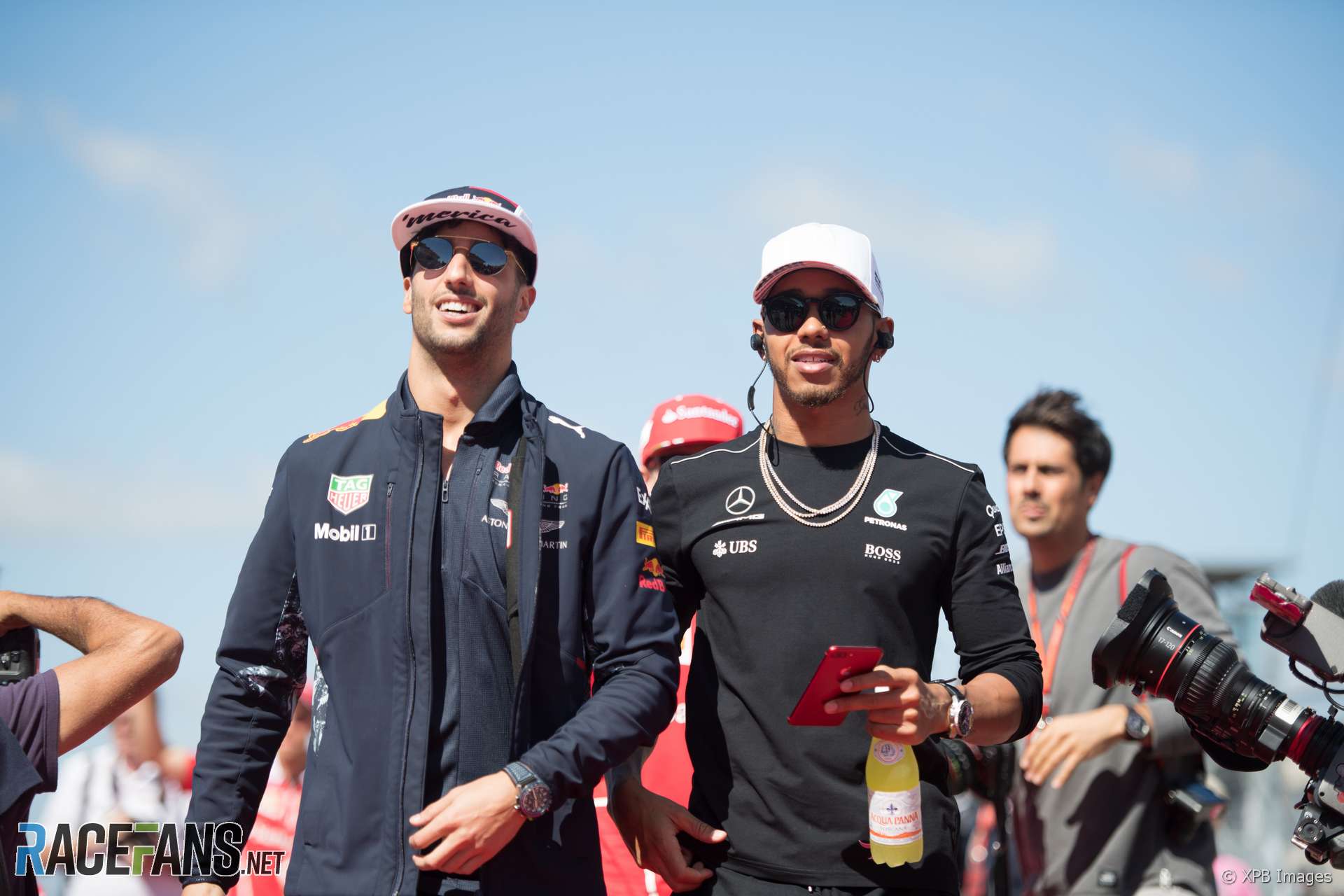 In the round-up: Daniel Ricciardo says he wants the change to compete against Lewis Hamilton.

RaceFans operates thanks in part to the support of its readers. In order to help fund the development and growth of the site please consider becoming a RaceFans Supporter.

For just £1 per month/£12 per year you will also be upgraded to an ad-free account. Sign up and find out more below:

"I've certainly got a very good (team mate) alongside me in Max (Verstappen). I would like to go alongside Lewis at some point, irrespective of team situation, that would be fun."

"It could go very well and at points we could also challenge Renault and Force India."

Hulkenberg denies he could 'slack' with Palmer as teammate (Motorsport)

"I don't think if I take the first half of the season, and any of my qualifying laps, that I would have found significantly more time if I would have had another team mate closer to me."

"Fernando would race anybody. I have never had a conversation with Fernando about anything other than himself. Fernando would have anyone as his team mate."

"I am a big baseball fan and I was a batboy once for a game,” he told reporters at the McLaren factory in southern England. The attention I got in school, the build-up and the excitement and the kids talking about it, was just an awesome experience that got shared within the whole class; 'Zak's going to be the batboy, go watch TV.'"

"For the last three years Toro Rosso was one of the teams that struggled with pit stops. We were not very consistent, but the confidence of the guys is now high, and the equipment has improved."

Grid girls... the latest bit of fun killed off by feminists (The Telegraph)

"Grid girls are necessary, said Bernie Ecclestone this week, because it helps the drivers to know where they need to stop. But if that is the case, and they are not simply there as adornment, then why couldn’t the grid girls do it in something other than skin-tight Lycra crop tops, and why couldn’t they be joined by grid guys?"

Noticed a small change at @McLarenF1 today – some cars on the boulevard are back in their original tobacco liveries. Was told these ones aren't on display when they have school parties visiting. Good compromise. #F1 pic.twitter.com/oHifp5L0Du

McLaren’s latest deal is good news for the rest of F1, reckons Tristan.

Any team getting a Dell sponsorship would be a huge and long overdue step in the right direction for the sport. I’m really hoping now that Ecclestone is gone and there’s been the move into America; bridges can be built with the tech industry.

There are so many opportunities for shared investment and the branding that comes along with that. I really believe that road relevance for technology investment will be replaced with computing relevance. If it’s not the Intel, AMD, Microsoft or Amazon’s of the world that will be pushing F1 forward in the far future as much as Ferrari and Mercedes, I really do wonder if there will be an F1 at all. It’s already a game where the teams with the biggest/best compute with regards to CFD/strategy are coming out on top.

I still imagine putting on some glasses and feeling as though I’m at the race watching live, if not in the drivers seat on a hot-lap and the absolute thrill to the senses that will provide. Looking at where we were only 20 years ago, I really don’t think it’s impossible. I’d be amazed if there’s not at least a few people on the inside of both tech and racing that’d be thinking the same.
Tristan

Happy birthday to Bullfrog and Akshay!

54 comments on ““I want to go up against Lewis” – Ricciardo”