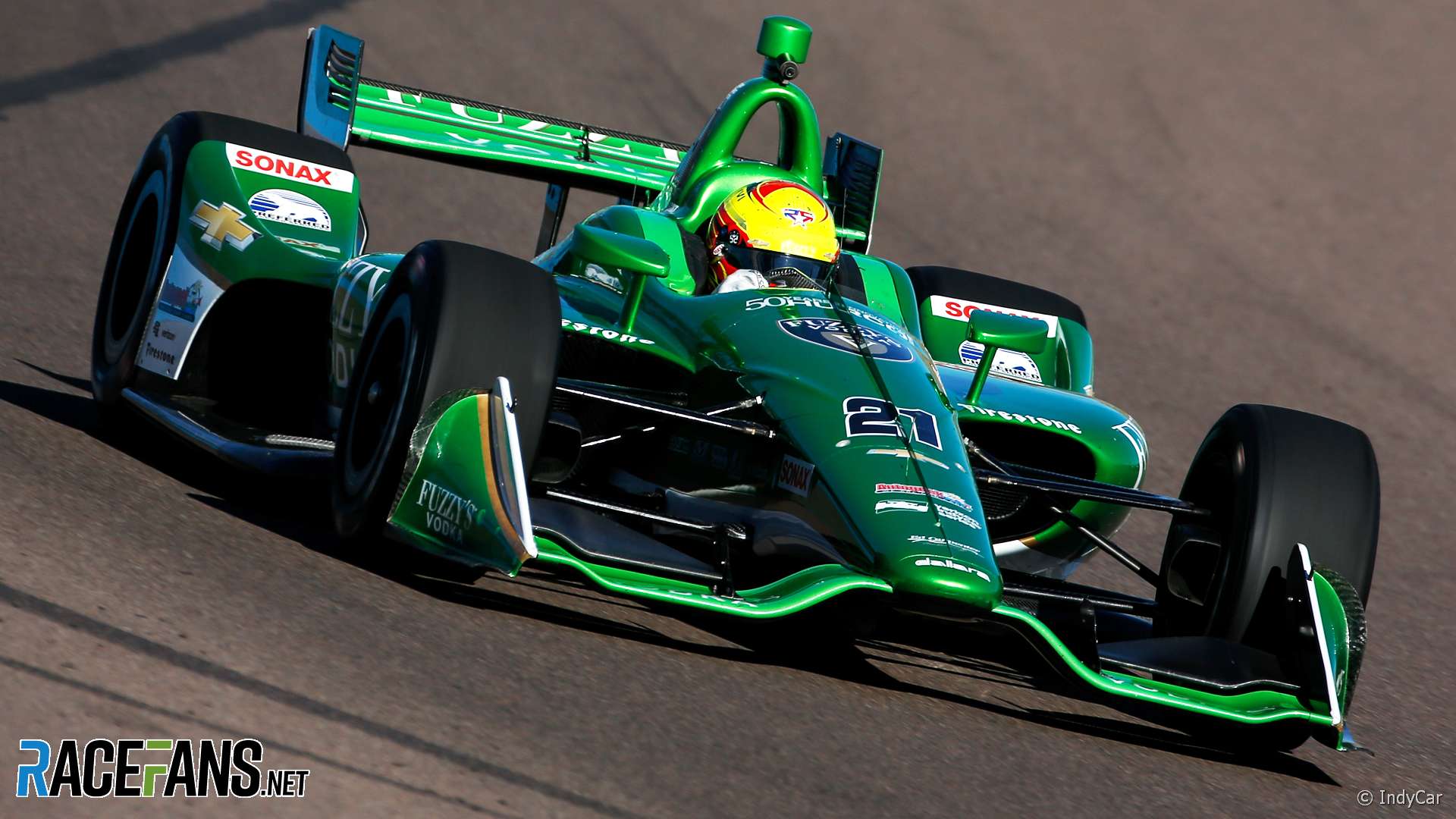 From the first glimpse of the revamped 2018 IndyCar aero kit the reaction from fans was positive. The stripped-back car, with more than a nod to classic IndyCar styling, certainly looks the part.

But the championship needs the restyled aero kit on top of the familiar DW12 chassis to do more than just look good.

It follows the decision to scrap the unloved, manufacturer-designed aero kits which were introduced three years ago and blamed for increasing costs and spoiling the racing. The new kit, which has been standardised across all the cars, is intended to be cheaper to run.

There are encouraging signs this has been achieved as the championship welcomes two new full-time teams plus a part-timer. Carlin, which impressed on its debut in Indy Lights three years ago, has a two-car team, while Harding has a single-car entry. Juncos has also confirmed it will run around half of the calendar.

It should also engineer better racing. The deletion of the heavy rear wheel pod assemblies has both lightened the cars and moved the centre of gravity forward, making them more responsive. Paring back the complex wings in favour of a larger diffuser means the car generates a greater proportion of its downforce from the underside of the car, which drivers expect will allow them to run more closely and encourage overtaking.

The opening race of the season may not prove the best showcase for this. The tight St Petersburg course tends to produce processional races, though Sebastien Bourdais did his best to disprove that by winning from last on the grid 12 months ago.

The quality of oval racing on shorter courses such as Pheonix and Gateway should benefit considerably from the new aero kit. The only new addition to the calendar this year is the Portland circuit in Oregon, scene of the unforgettable 1997 race. Like the retro-inflected cars the return of another CART-era venue is a sign of how, 10 years on from reunification, IndyCar is beginning to resemble the series it once was in style if not substance.

New life has been breathed into the driver line-up, though the series missed out on a coup when Brendon Hartley, who Ganassi courting as a replacement for Tony Kanaan, was nabbed by Toro Rosso. In his place last year’s sole full-time rookie driver Ed Jones gets a prized opportunity to learn from Scott Dixon.

Top teams Penske and Ganassi previously fielded four-car squads but have trimmed their full-time entries to three and two respectively. However this has been compensated for by the arrivals on one-car team Harding and Carlin, the latter having hired two of Ganassi’s 2017 drivers.

Several part-time entries have already been announced. Another new team, Juncos, will run ex-Formula Two driver Rene Binder plus Kyle Kaiser at four races each. Schmidt Peterson will run a third car in co-operation with Michael Shank Racing for Jack Harvey at six races, including this weekend’s season-opener.

Some of the drivers who have lost their full-time seats since last year will return for the Indianapolis 500, including Helio Castroneves at Penske. Carlos Munoz, ousted from Foyt by Tony Kanaan, will return to Andretti for the race he finished second in as a rookie five years ago.

But with no Fernando Alonso at this year’s Indy 500 the most eye-catching addition to the entry list so far is a one-off return for Danica Patrick.

We will follow every round of the 2018 IndyCar season live on RaceFans – look out for the live commentary pages each weekend.