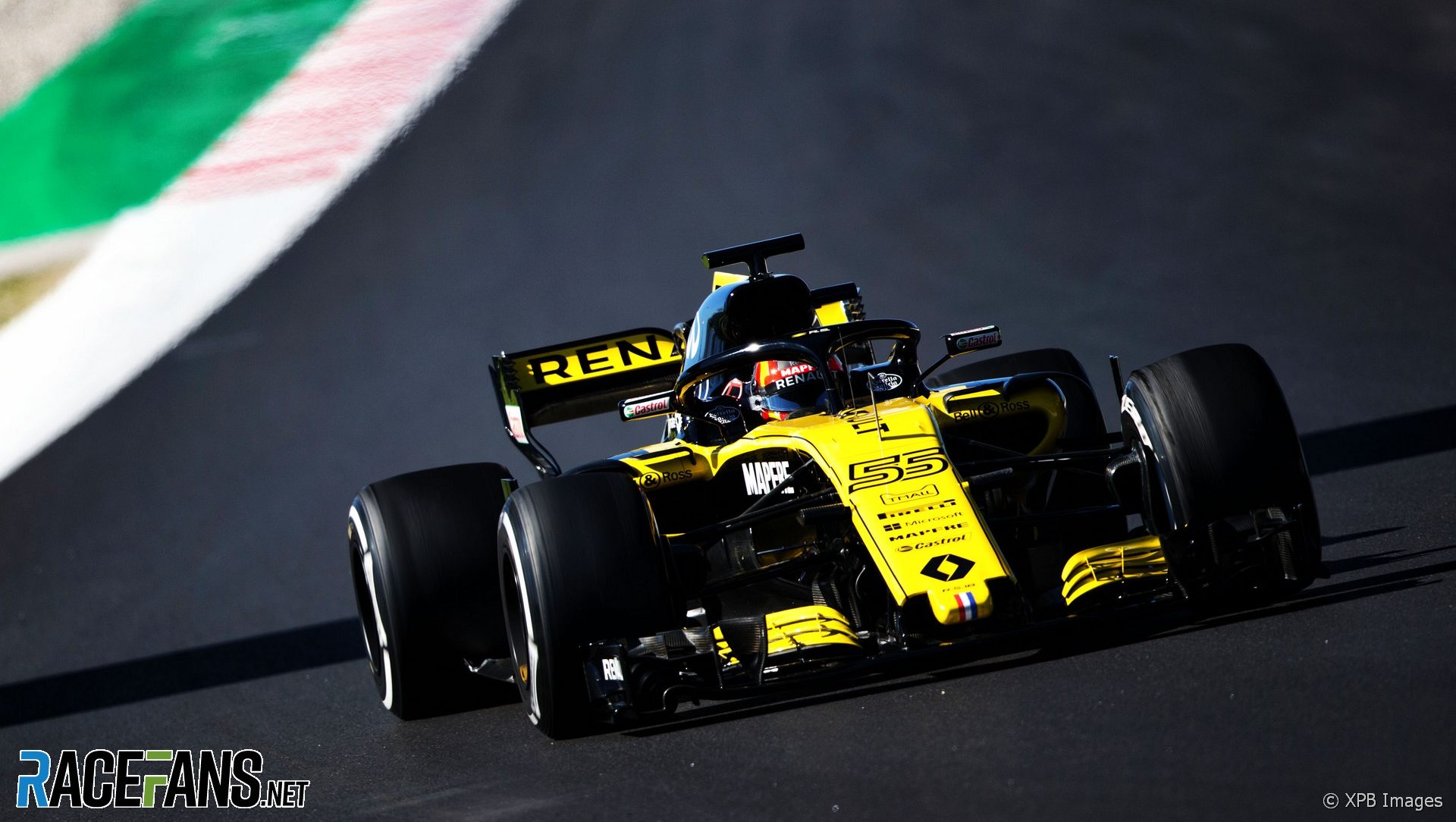 Renault was the most improved team in terms of outright performance last year. It ended the season in the thick of the fight to be ‘best of the rest’ behind Mercedes, Ferrari and Red Bull.

If it has taken a similar step in the off-season the RS18 could be quick enough to lift the team clear of the midfield scrap. That would put it in a prime position to capitalise on any trouble which might flare up between the ‘big three’ teams.

This is exactly the progress the team needs to make in the third season since Renault’s factory squad was revived.

This claims to be the fastest-growing F1 team at present. Its chassis site at Enstone in the UK has risen from 615 staff in 2016 to 750 this year. Its engine operation at Viry, which also produes the power units used by Red Bull and McLaren, has grown from 485 to 550.

The most controversial addition to its payroll is former FIA technical and sporting co-ordinator Marcin Budkowski. His hiring last year provoked uproar among rival teams as his FIA role had given him access to privileged information about their car designs. The team has agreed Budkowski will not start work on F1 projects until the beginning of next month.

If courting controversy in this manner is a measure of how serious the team is, Renault’s aggressive approach to rear wing design also applies here. They are the only team to have canted their exhaust to the limit the regulation allows in a bid to use exhaust gases to enhance the performance of the rear wing. The FIA says it is keeping a close watch on what they’re up to.

Renault’s rear wing design also demonstrates the built-in advantage manufacturer teams enjoy at a time when power units have such a strong impact on overall car performance. “Viry and Enstone are closely knitted and on issues like that, that involves an element of power unit performance and chassis performance,” explains chief technical officer Bob Bell.

“We work very closely together to optimise and we do whatever we can do within the regulations to maximise the benefit.”

The team did not, however, choose to follow Ferrari’s lead on sidepod design. Bell’s explanation why highlights the balances that even better-funded teams need to strike in F1’s development race.

“We only have enough capacity, because of the regulations that limit the amount of wind tunnel testing and CFD you can do that limit the number of configurations we can test over the winter. We had a quick look at it but you inevitably find yourself in a position where what you think is best is what you go with and you optimise that.

“You don’t get the opportunity to test every variation in the pit lane. We think we’ve done what is best for us. What works for other people may be a different thing.”

These limitations notwithstanding, the benefit of Renault’s increased investment is being felt beyond the headcount. On the aerodynamics front both its wind tunnel and CFD supercomputer have been upgraded. A new gearbox dyno is also being installed, the team having this year joined all the other team bar Williams in switching to carbon fibre gearbox cases.

But competing on equal terms with the likes of Mercedes and Ferrari is going to require further investment. And those at the top wants to see more proof of progress first.

“If you look at a team like Force India they’ve been able to achieve that. So we ought to be able to do the same job with roughly similar resources, that’s clear. And I think until we can do that, demonstrate to Renault in particular that we’re able to achieve that, they’re not going to start writing cheques for a lot more people and resources.”

In Formula One you have to pay to play, at least if you want to fight at the front. Renault must hit that fourth place target to unlock its next boost in resources.

“We have to prove ourselves at every step of the way,” Bell continues. “Once we’ve done that then we can start having a discussion about what’s it going to take to move into the top three and take on Mercedes, Ferrari, Red Bull because they are another league again in terms of resources.”

Renault didn’t achieve a two-car points finish at any race last year. For 2018 team principal Cyril Abiteboul is talking about doing it at every round. This team expects and demands another big step this season.

6 comments on “Renault must take fourth to earn resources boost”