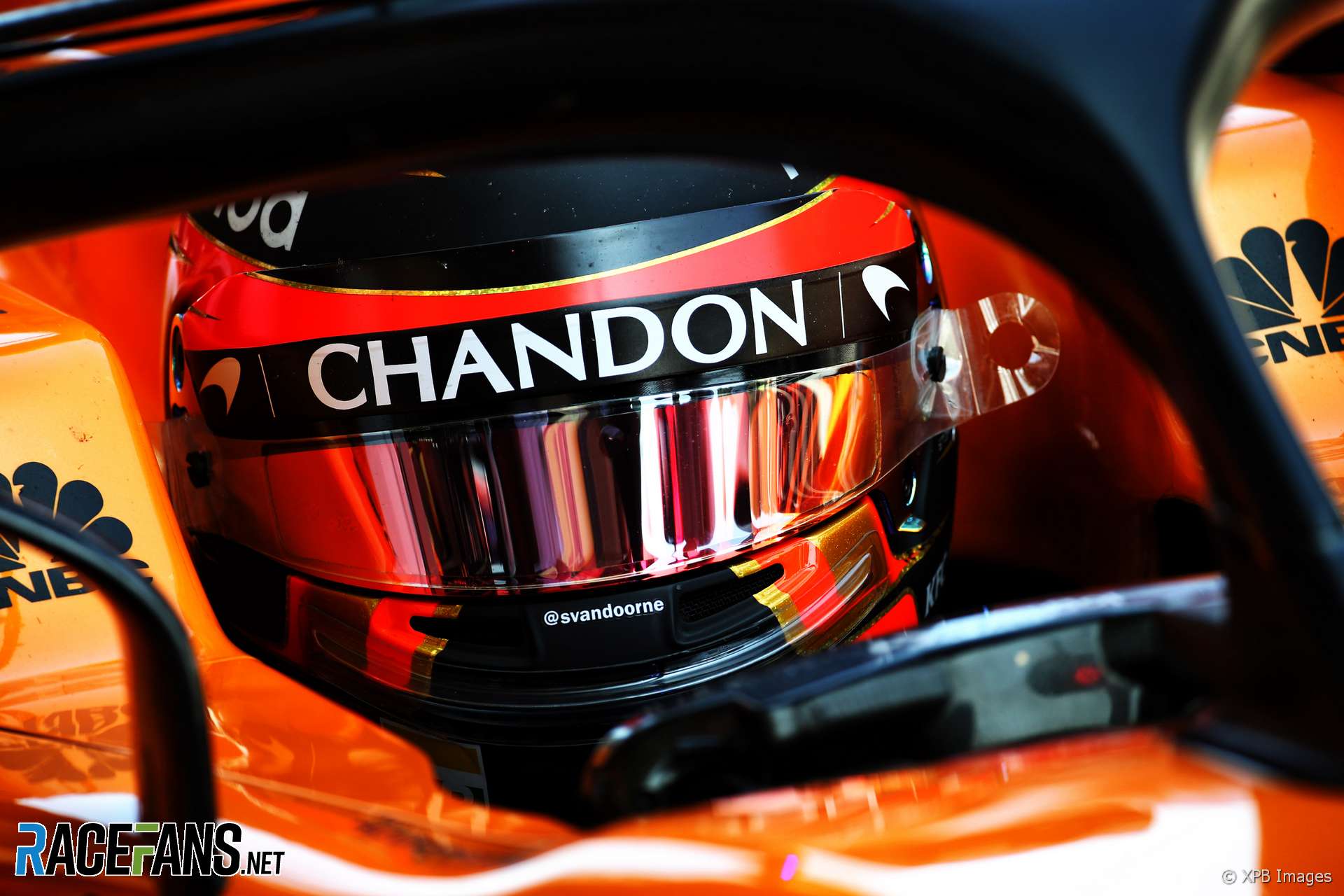 In the round-up: McLaren Racing CEO Zak Brown says Stoffel Vandoorne is doing a good job despite not having beaten his team mate in qualifying or a race so far this year.

Consistency is the key area Vandooren and McLaren are concentrating on, says Brown:

Stoffel’s doing really well. His race pace is very good. He’s up against a pretty tough team mate. I think he feels very comfortable. We’re trying to get the car a bit more consistent for his liking, and he’s doing well.

My first official F1 test complete ✅ These cars are just incredible in every way! I can’t thank everyone at @redbullracing enough! #F1 #Redbull #AstonMartin pic.twitter.com/hQlkxO6sCd

I can tell Monaco GP week is coming up. The Nice-Monaco helicopter transfer is now 880€. It's normally 140€….

"Teams which use more than one mounting, may be required to demonstrate why they are needed from a structural point of view." pic.twitter.com/Fhwad5U0dg

"The name EQ stands for 'Electric Intelligence' and is derived from the Mercedes-Benz brand values of 'Emotion and Intelligence'."

I have an obvious question. Or should that be 'iuestion'?#FE

RaceFans understands some manufacturer teams are concerned about the potential success of a race in Saudi Arabia. The race promoter is understood to be interested in acquiring an interest in Formula E in conjunction with CEO Alejandro Agag. RaceFans approached Agag for his response but he declined to comment.

"I miss competition. For me, competition is not FP1 or testing but being on the grid on Sunday."

"The video games publisher Codemasters is racing towards a London stock market flotation that will crystallise a multimillion-pound fortune for its bosses and see it recruit a former Candy Crush-maker director as its chairman."

"I have also known Kevin for some time, as I knew his father Jan, and it’s good to see him producing some great results for Haas. I have mixed feelings, however, because while |I think it’s important for a driver to show his strength and commitment to the job, there have to be limits to what you are prepared to do in a race. In the previous Grand Prix in Baku, I felt his move on Pierre Gasly was a big mistake, and in this business you don’t have to do that very often before you earn a bad reputation."

"I'm flying home today (Thursday), will land at Gatwick and then go straight to Carlin in Farnham for a full Barcelona debrief but also looking ahead to Monaco. I'm at McLaren in the sim tomorrow (Friday) then leave for my next F2 races in Monaco on Tuesday."

We always endeavour to credit original sources. If you have a tip for a link to feature in the next RaceFans round-up please send it in here:

The Spanish Grand Prix circuit owners has denied using the Catalan anthem as a ‘political message’ and said there was nothing new about it being played before Sunday’s race. But did they give greater emphasis to it than usual?

The issue with the anthems, regardless of what both the federation and the circuit say, is that the Spanish anthem played was a shortened version whereas the Catalonian anthem was the full length version (twice as long as the Spanish). It’s also the only country where not only the national anthem, but also a regional anthem is played, although it’s been this way since the very beginning.

Sainz, when asked, reportedly said that all drivers were saying they had to get into the cars, since they usually leave 13-14 minutes before the race start and in Barcelona they left with 11 minutes to go, so everyone was in a bit of a hurry.
Jaime Gomez (@Warheart)