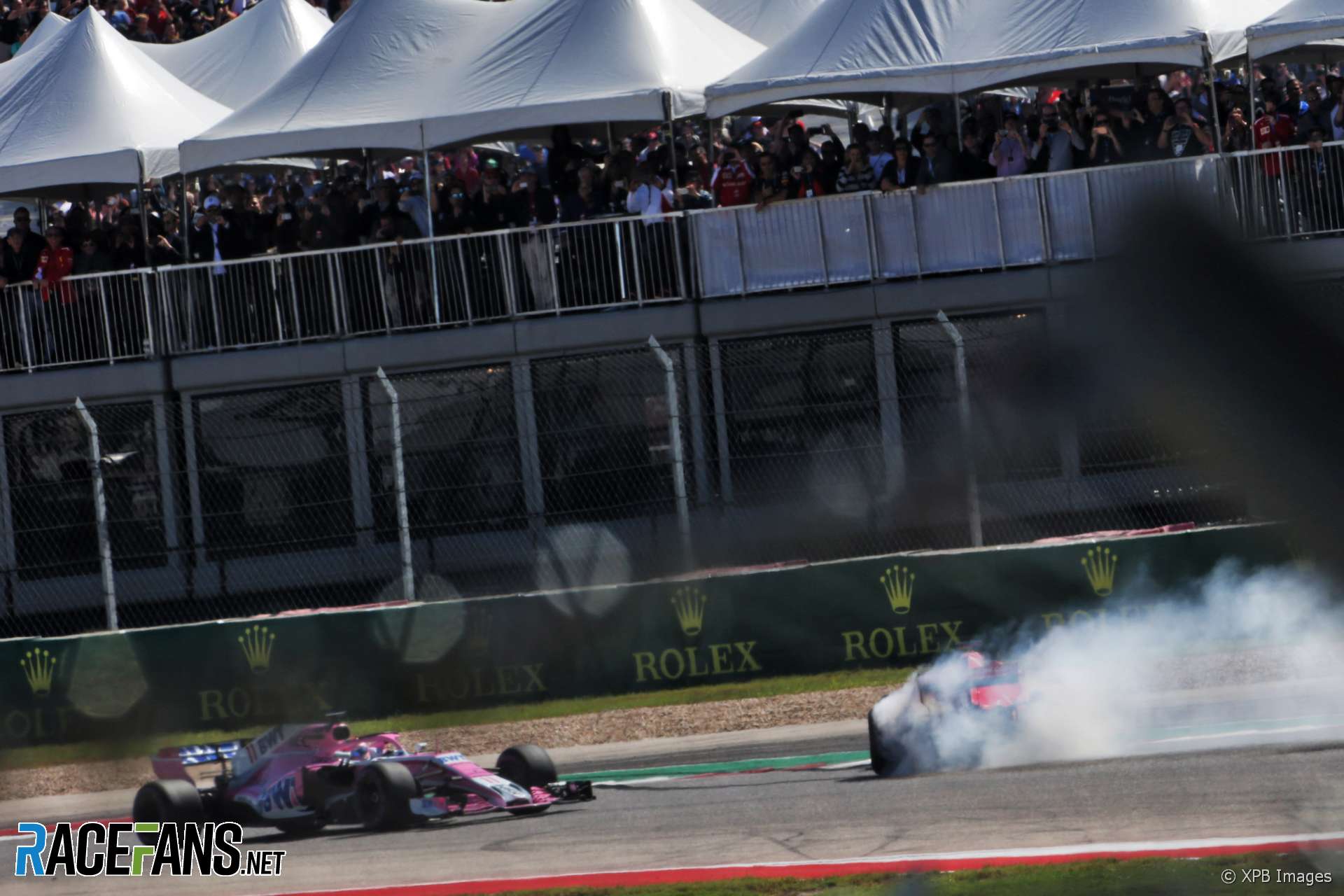 Sebastian Vettel has hinted that his difficulties in the 2018 title fight with Lewis Hamilton go beyond those visible on track, saying that “there are other things” affecting his and Ferrari’s performance.

Despite remaining in the title fight in Austin, Vettel was not able to claw back any points and Hamilton increased to a 70-point advantage. A win for Vettel’s Ferrari team mate Kimi Raikkonen prevented him outright losing the title but otherwise it was another difficult weekend for Vettel, with errors and a grid place penalty seeing him starting the race from fifth, then sent almost to the back of the grid following an incident with Daniel Ricciardo on lap one.

Asked what happened when the two collided, Vettel said “I don’t know. I think I must have been in his lines but I’m not sure he saw me, so obviously we’re then side by side and the corner keeps tightening and I couldn’t really get out it anymore so we made contact.

“Obviously a shame that we can’t make contact and both continue. He had the next corner then anyway but that was obviously a big loss for me to come back from.”

The contact appeared to only be wheels clashing, compared to heavier incidents between Stroll and Alonso and Leclerc and Grosjean that saw cars exit the race but still saw Vettel spin off the track and forced to rejoin out of position.

Asked if he thought a Ferrari one-two was possible here, Vettel said “I think if you have two cars at the front and I don’t know, if Mercedes pits into that window as well… I don’t know but for sure we could’ve done better than first and fourth.”

Mercedes seemed to make strategy error, as after Hamilton lost the lead to Raikkonen at the start of the race they took advantage of a Virtual Safety Car to put him on a disadvantageous two-stop strategy. By the end of the race, Hamilton had lost two starting positions to finish third and Vettel gained one to finish fourth.

Vettel said reversing recent updates on the Ferrari car had been key to their renewed pace – “I think it was an important race for us, it’s good to see that we have good pace but we went a couple of steps back in terms of car spec, which seemed to work better – I think both Kimi and myself felt better yesterday and today.”

He described his emotions after the race as “mixed”.

“I’m happy for [Rakkonen], I think a tough week for the team – for me it’s not really over, the tough time. It should’ve been a better day.”

Vettel admitted his difficulties in recent races went beyond the race track. “For many reasons, results and racing is part of the game but there are other things that have maybe been a bit different to the past but nothing that I think we can’t overcome.”

Vettel finished fourth, one place behind Hamilton, after his recovery drive. “I still thought we could get back, I knew it would be difficult but you know safety car happening at the right time, something happening.

“I think we hung onto the tyres well in the first stint, which was key to come back and get that extra position in the second stint.”

37 comments on “Vettel hints at “other things” affecting title fight”