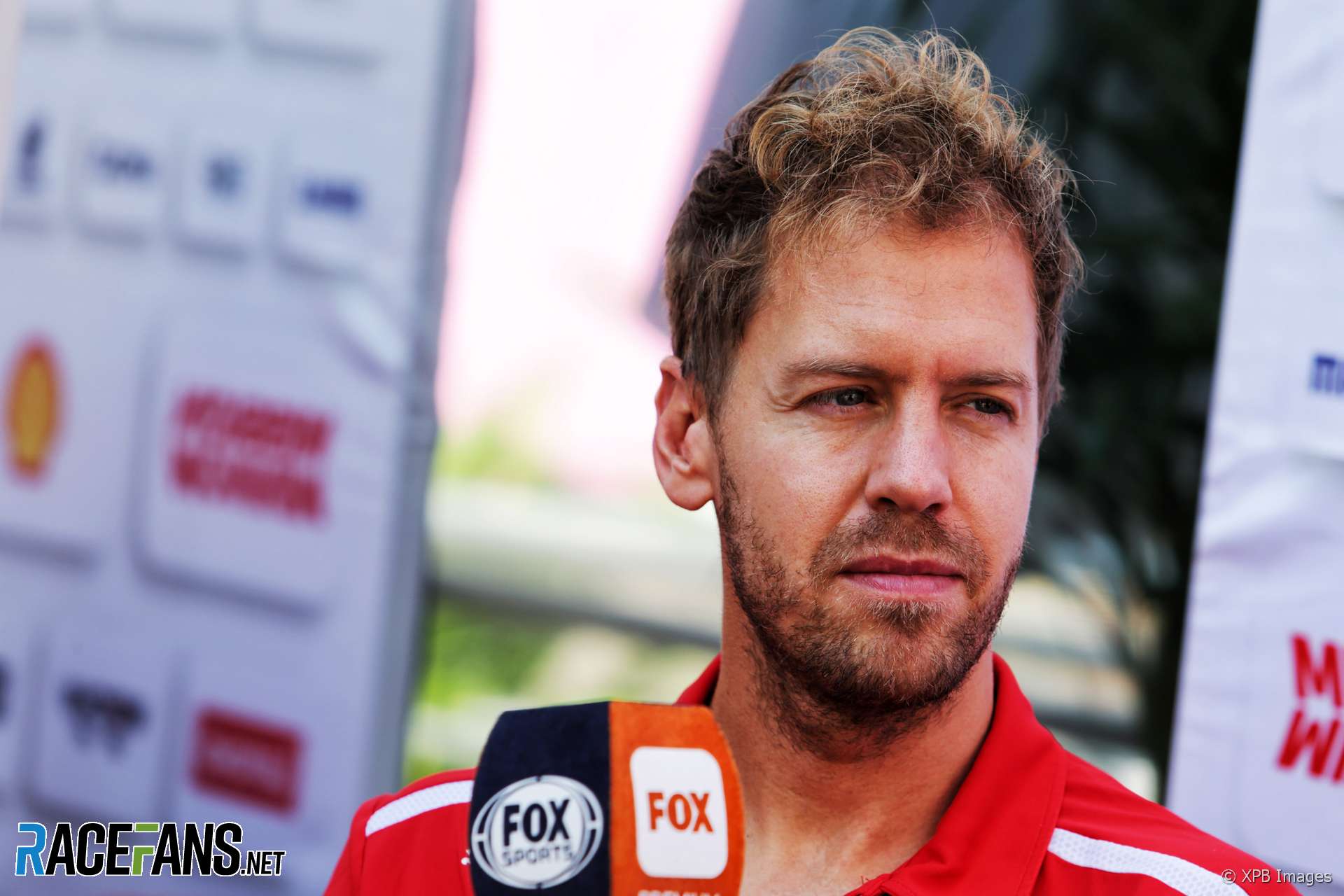 Sebastian Vettel says the criticism he has received for his mistakes in recent races is “fair”.

The Ferrari driver’s championship chances have faded rapidly in recent races. Vettel spun in three of the last five rounds following collisions with championship rival Lewis Hamilton (at Monza), Max Verstappen (at Suzuka) and Daniel Ricciardo (at the Circuit of the Americas).

Following the Japanese Grand Prix, Hamilton told the media to show Vettel more “respect” and that “being humans we will make mistakes”. But Vettel admitted today the criticism was warranted.

“No, it’s fair, I spun,” he said. “If you’re the one spinning then obviously something didn’t go right so I think it’s fair.

However Vettel said his errors had not been the result of “silly” moves which were unlikely to work.

“Obviously inside the car it always looks a bit different. Then you look from 13 different angles and in slow motion and so on and by that time even the last person in the paddock might have an opinion. It’s obviously different, every opinion might be different.

But I think the main thing is that fundamentally I didn’t try to do anything silly or anything stupid. I wasn’t hard-headed, trying to something that would never work.”

He admitted he may be more cautious about future moves. “Obviously now it’s happened a couple of times, too much. Next time there [is] a gap I’m sure I will go for the gap but surely it’s in the back of your head trying to keep the car facing in the right direction.”

Vettel can only remain in the championship fight if he wins and Hamilton finished outside the top seven places this weekend. With Hamilton very likely to win the championship, Vettel said it was “not fair” to claim Hamilton had won the title because Vettel had thrown it away.

“You should always look at it as a championship won by the driver who scores more points than anybody else,” said Vettel.

“Obviously arriving here with the deficit in points we have, surely we could have had more but at the end of the day you need to ask yourself whether you’ve always been in a position to get the rest that you needed, that you wanted.

17 comments on “Criticism of my mistakes is fair, says Vettel”