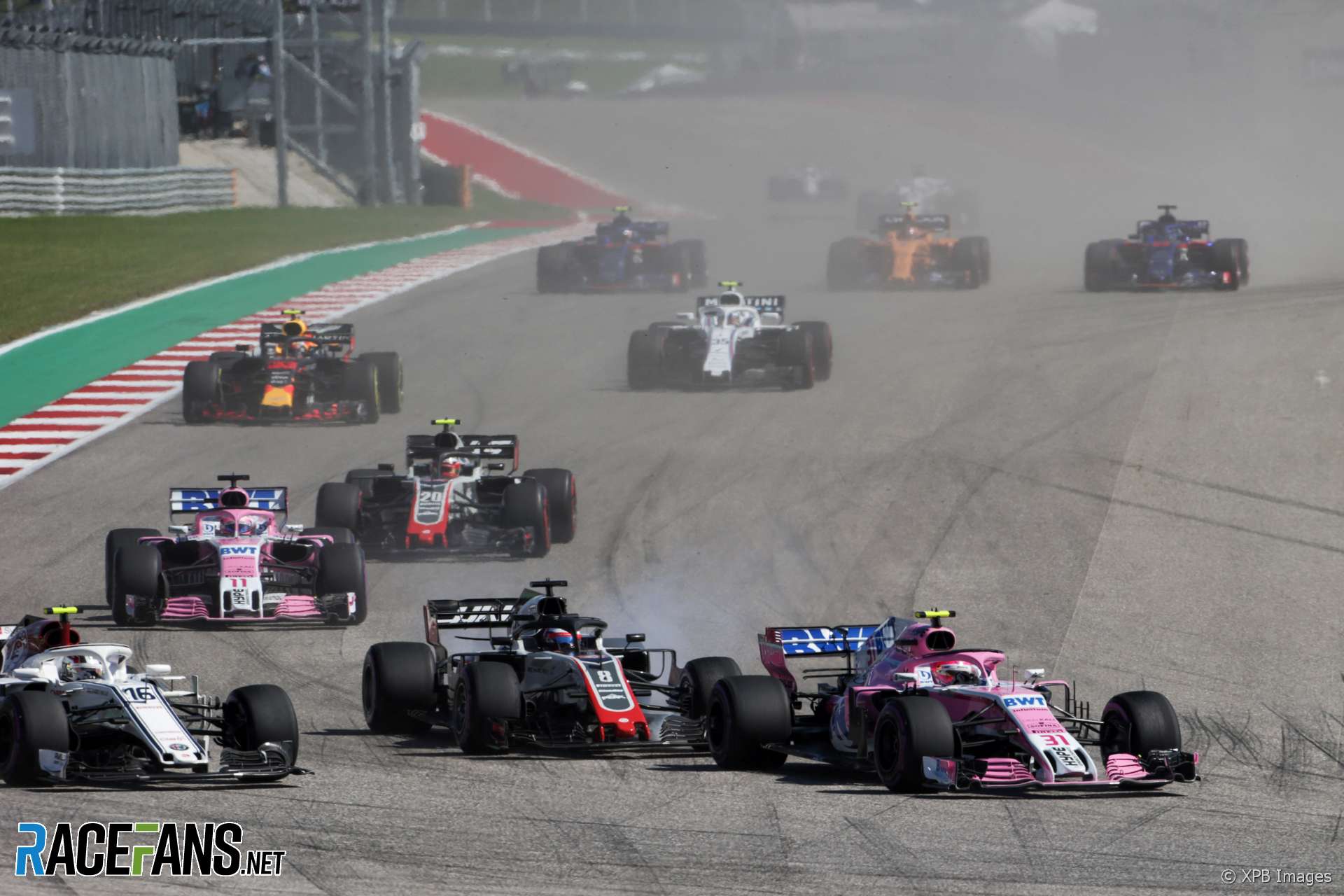 Romain Grosjean accepts he deserved some of the penalty points he’s earned in the last 12 months, but believes the majority of them are questionable.

Asked by RaceFans whether some of the points he received were fair, Grosjean said “yes”, and pointed to the multi-car crash he triggered at the start of this year’s Spanish Grand Prix.

“Barcelona, two points and three [grid] places, fair enough,” he said. “I made a mistake, it happens.”

However Grosjean reeled off a list of other penalty points he’s collected in the past 12 months which he disagrees with. the most recent was the point he picked up for a first-lap clash with Charles Leclerc in Austin, which moved him onto 10 penalty points.

“I think I got penalised enough because my race was ruined as well,” he said. “Even if you go further, Charles’ race was ruined because he had contact with [Esteban] Ocon, he had front wing damage and floor damage by that time.”

Two of the incidents Grosjean was penalised for involved Ocon.

“Last year Brazil with Ocon, lap one. I got two points in five seconds. Have a look at what happened between [Lance] Stroll and [Brendon] Hartley, lap one Canada this year. No penalty, penalty.

“Lap one start in Paul Ricard with Ocon. I go absolutely straight, I don’t turn the steering wheel. Penalty.”

The FIA has showed footage of Grosjean’s collision with Ocon at Paul Ricard to media including RaceFans, which indicated he did move towards the Force India.

Race director Charlie Whiting also called Grosjean’s penalty for delaying leader Lewis Hamilton during the Singapore Grand Prix as “one of the worst cases of ignoring blue flags that I’ve seen for a long time”, though Grosjean also took issue with that penalty.

“The blue flag in Singapore, why did I got two points and five-second penalty?” Grosjean asked. “I didn’t change the result of the race.”

Grosjean was attempting to pass Sergey Sirotkin when he held Hamilton up. “OK, I blocked Lewis and I apologise. I was in my fight as well. By the time I was in front of the Williams the Williams didn’t let the other car by either so I couldn’t move straight away.”

While the FIA has introduced the penalty points system to other championships, Grosjean isn’t convinced F1 should have it.

“Do we need it in Formula 1 where it’s supposedly the best drivers in the world? I don’t know,” he said. “Put it in NASCAR. Four guys are going to be banned a year!”