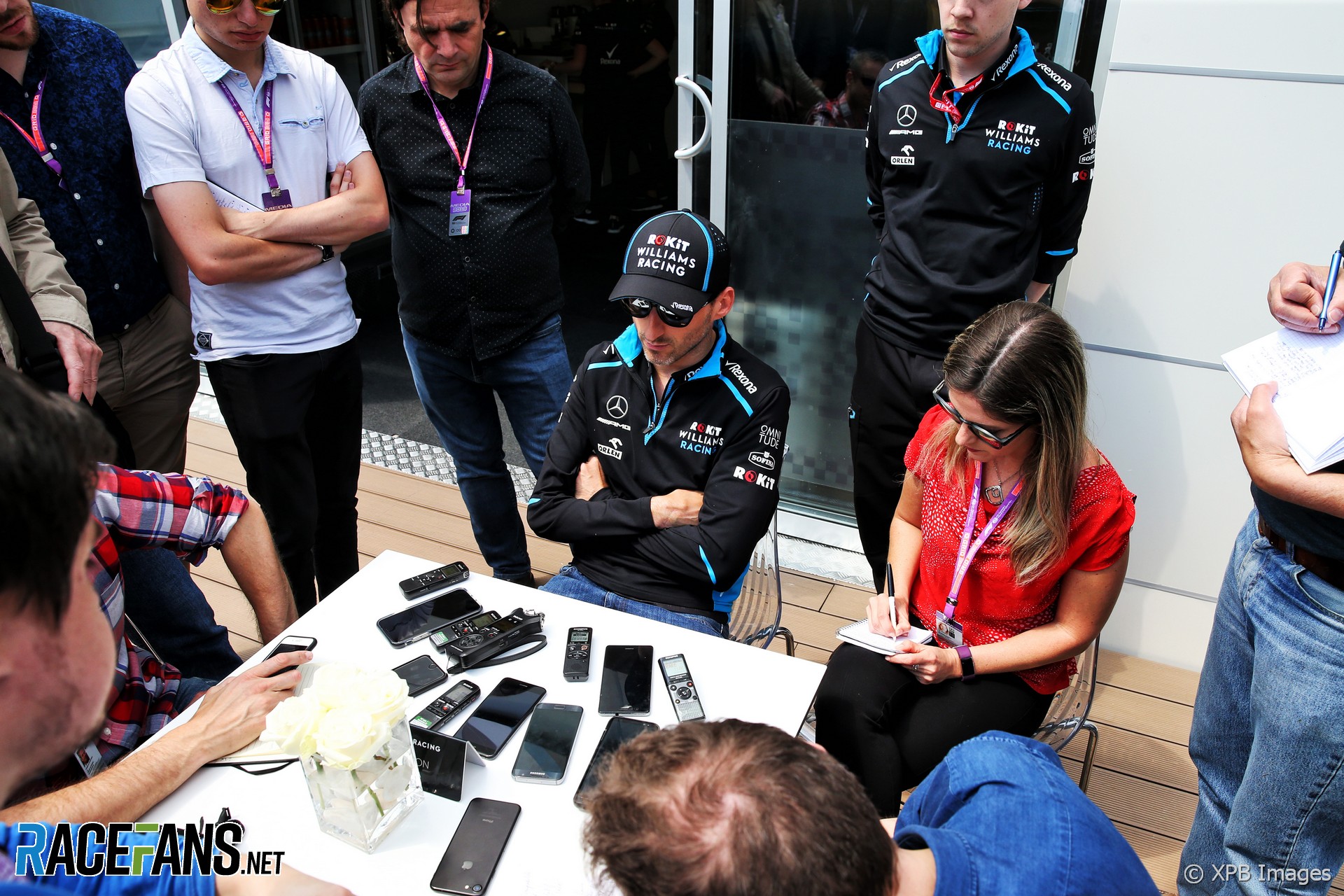 Robert Kubica says Williams’ simulation of the Baku City Circuit is not “representative” of the track which he will drive on for the first time tomorrow.

The Azerbaijan Grand Prix circuit is the first venue on the 2019 F1 calendar which Kubica has no prior experience of.

“It’s a brand new track for me,” Kubica told media in Baku today. “I did a couple of laps in the simulator but unfortunately our track in the simulator is not representative to what is reality.”

Kubica added it is only the team’s Baku track model which is not up to scratch. He said he will take extra care during his “first approach” to the circuit in tomorrow’s free practice sessions.

“I would expect a higher level of alert at the beginning of the session which is normal especially when you join a street circuit for the first time.

“It will be, after nearly nine years, my first time on a street circuit after 2010 Singapore so I’m looking forward to [it]. It has always been in the past a special feeling to drive near the walls, near the barriers, it’s a different kind of driving.

“I think from what I can see from outside the Baku street circuit it looks pretty simple in many place but on the other hand it’s quite complicated in three or four places so we have to go through them. There is no need to think too much about it you just need to go there and discover and see what will happen.”

Although Williams’s FW42 has been well off the pace so far this year, Kubica has described it as being more predictable than its predecessor, which he expects will be important based on his first impressions of the track.

“There are some corners where are very, very narrow. It makes it even more difficult. There are some points where braking is extremely difficult. You are approaching corners from very high speeds so of course if you miss braking point you pay quite high price and there is very little margin you can have.

“But all in all I can say very little because I never drove here so probably I will be able to tell you something more during the weekend.

“Hopefully I will stay close to the walls but not hitting them. On the street circuits it’s very important to have good confidence and good knowledge of what is going to happen but also a nice car to drive which is quite forgiving. This is unlocking you quite a lot of confidence and is fundamental on this kind of tracks.”

However Kubica is pessimistic the track will provide an opportunity for the team to score its first points of the season, as it did last year.

“Baku showed in the past than anything can happen. But still last year I think we were much closer to the others than we are this year, at least looking at our first three races.

“So from one point yes everything can happen here, from the other purely from what we have seen in the first three races I would say it will be very difficult or nearly impossible.”