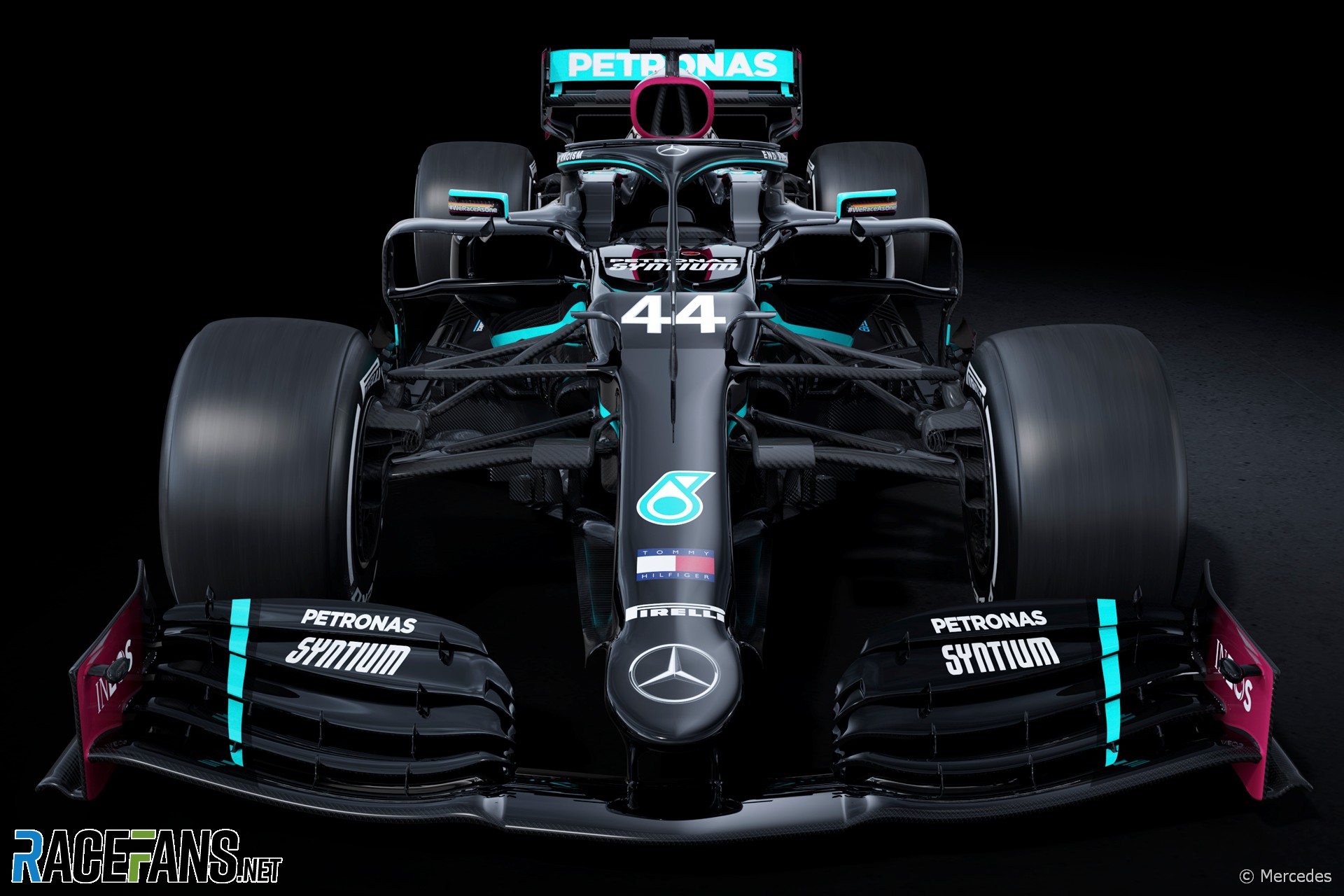 Lewis Hamilton says he considers it his responsibility to use the platform he has to urge others to condemn racism and promote diversity.

Speaking in an interview issued by Mercedes, the six-times world champion spoke about his personal experiences with racism and explained why he has urged others within the sport to take a stand with him.

“It’s an incredible time in the world,” said Hamilton. “Obviously there’s so many problems. But one that has been really close to my heart has been on diversity and anti-racism.

“It’s been great to see the response from people that there is now a real positive movement. And it’s happening globally. I think there’s a lot of positives to take from it.

“I’ve got a platform and I think it would be irresponsible for me not to utilise that, to help educate people, to educate myself and and really push for accountability within all the brands that I work with and within the industry that I work with.”

A phone call from Hamilton to team principal Toto Wolff last month led to Mercedes adopting a new black livery bearing the slogan ‘end racism’ for the upcoming season. The team will also take practical steps to improve diversity within its own organisaton.

“I’ve been in a lot of discussions with with Toto and everyone at the team and the board members at Daimler and people within the marketing office just to talk about our plan and how we need to educate ourselves and how we need to be a part of this movement,” said Hamilton.

“We need to be a part of wanting to change, analysing ourselves and seeing what we can do better within our team, both at Daimler, but also back at the Formula 1 team.

“What you’re going to see at the first race I think is going to be a very, very powerful moment for us in showing that we are not opposed to change as a team. I think it’s great to see that the team and Daimler are really forthcoming with wanting to do more in promoting diversity within their organisation, but also encouraging others within the sport to do the same.”

Hamilton has attended anti-racism protests which arose in response to the killing of George Floyd in May and posted regular messages on social media calling attention to racism and urging others in F1 to speak out. “This is not an issue that’s that has only just come about,” he said.

“For me personally, I have experienced this my entire life, in my whole racing career. And when this all kicked off it really struck a nerve and a chord and brought a lot of emotion up from my personal experiences.”

“Through my whole life, really, I’ve generally through schooling and through racing, I’ve always felt that it always felt like an outsider,” said Hamilton. “It’s been difficult to feel that you fit in. I think lots of people can probably understand that because lots of people experience not feeling like they fit into society.

“I experienced a lot of racism growing up both at school, but also just in my local area where I grew up, but then on the race scene, particularly being that my dad and I were the only people of colour there. I grew up racing in the UK ’til I was 13.

“Then I went abroad and I thought was going to be different. And when I got to Italy, where I did a lot of racing, when I got to Belgium, which was one of my first international races, European races, I experienced the same thing when I was in France, all those countries.

“That was definitely a very, very difficult thing, because it affects you emotionally. You don’t understand when you’re young why things are thrown at you, why things have been shouted at you.

He described how he expected being the first black driver to race in Formula 1 would encourage an increase in diversity.

“Standing alone, generally, was the feeling for a long, long time within this sport,” he said. “And I’d been obviously working with Mercedes since I was 13 and I’ve also been in Formula 1 now for 14 years and I’ve not seen hardly any change.

“That upsets me because there was a point that I thought that maybe by me being here and helping breaking down barriers, hopefully it’s going to help change the industry for the better. But it’s not done enough and I want to do more.”

He admitted that while Mercedes is “a team that I love” there is “also just not a lot of diversity within the team”, something he has spoken to Wolff about often.

“I’d be like ‘hey, we’ve got to do more together’. And over time our relationship has grown and our understanding of what we can do better has grown and Toto has been so supportive in really making sure we come forward and be the leaders and really try.

“Because we are the world champions, we are the best team, we need to shine our light as bright as possible to encourage other teams to want to do the same, the rest of the people in the industry to do the same. And I’m so grateful to see the response from everyone willing to move forwards.”

Hamilton said the cost of competing in Formula 1 is part of the reason why the sport doesn’t have great diversity among its participants. But he believes other factors are responsible as well, something he intends to address through his recently-launched commission.

“It is a pretty expensive sport, I think that’s definitely an underlying factor,” he said. “The truth is that the opportunity is not the same.

“Not only from the driver’s point of view, but with engineers. There’s so many great jobs and opportunities within our sport. But the opportunity is not the same for minorities to get through.

“That’s why I put together this commission to try to see, to understand why that is the case, why there are there not these intelligent minorities that are not coming through, why are not finishing university? You can’t change what you don’t know.”

On social media, Hamilton challenged “those of you who are staying silent… in the midst of injustice” to speak out against racism. He denied this was targeted only at his fellow drivers.

“Ultimately people perceive that I was targeting drivers. I really wasn’t. It was targeted at the whole industry.

“It’s been something I’ve been aware of for a long, long time and not really seen anyone doing anything about it. And so in today’s world where we all have a platform to be able to utilise our voice, we all have these followings, our voices are a very powerful. And if you are not a part of trying to encourage people to get out there and understand what this situation is and why we’re in this situation then for me that’s frustrating.

“People being silent is something that I’ve experienced for such a long time and now is not the time to be silent. This is a time to help spread the message. This is the time to pull together. We need as many voices as we can to help promote, push for change.

“Because we are all the same race. Whilst the perception is that we divided by colour and by religion and all these different things, we’re the same race. But it’s not reflected in our society and how people are treated.

“I want to be a part of a system, a part of a solution and changing for the future,” he added. “Unfortunately for us, our generation, for our parents generation it’s unlikely it’s going to be a huge change. But it’s for our children and our children’s children.

“That’s what we’ve got to be a part of shifting so that they can live in a better time where there is equality. And I think that’s just going to create a much better environment, a better place to live.

“So that’s my dream. I mean, imagine a young kid of the same colour as me going to a school and not having to experience the injustices that I’ve experienced and many other people experienced. I think that’s that’s the dream.”

40 comments on “Hamilton: ‘I thought me being here would break down barriers but it’s not done enough’”