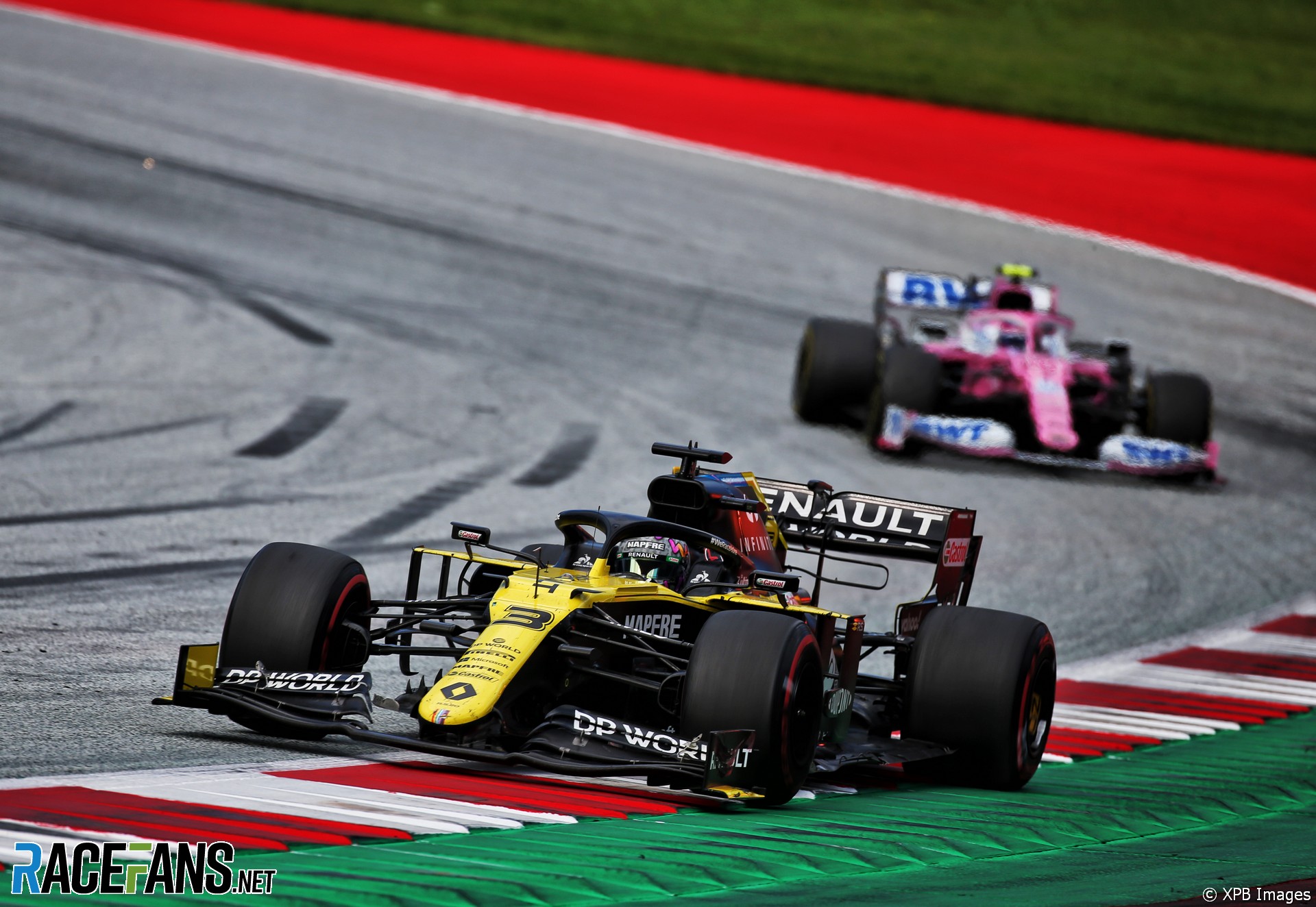 Daniel Ricciardo says Formula 1’s stewards now accept Lance Stroll’s overtaking move on him during the Styrian Grand Prix was not legal, having allowed it to stand last week.

Stroll went off the track, taking Ricciardo with him, when he passed the Renault driver at turn two on the penultimate lap of the race at the Red Bull Ring. The stewards took no action over the incident, ruling neither driver was wholly responsible.

However Ricciardo said that following discussions in Friday’s drivers’ briefing with F1 race director Michael Masi, he expects similar moves in future will not go unpunished.

“If it happens again today then we swap positions,” said Ricciardo. “I think after the facts they accepted that they would have done something different. But once Sunday night passes and Monday rolls over, the results are fixed and they can’t go back and switch positions or anything.”

Ricciardo said he was “a bit frustrated” that Stroll’s pass, which also cost him a position to Lando Norris, did not attract a penalty.

“There is a little bit of comfort knowing that wouldn’t stick moving forwards so I guess we can take that,” he said. “But I just felt like at the time it should have been more clear and more obvious.

“Some of the conversations was also around me going off the track but obviously it wasn’t my choice. I didn’t drive off there for good fun. So we discussed that, they basically admitted they would do it different next time. It doesn’t help me now or a few days ago.”

Ricciardo said the move was originally compared to Max Verstappen’s pass on Charles Leclerc at the same corner during last year’s Austrian Grand Prix. The stewards ruled that pass was legal, confirming Verstappen’s victory, several hours after the race.

“I think they’re aware that there’s a difference between that incident and the Leclerc-Verstappen incident last year,” said Ricciardo. “And that’s the big one.

“It’s the same corner and it’s still a very different outcome of the incident. So I think that aligns with that now, it’s not the same as first. I think they did feel it was the same, which is why the initial penalty wasn’t given.”