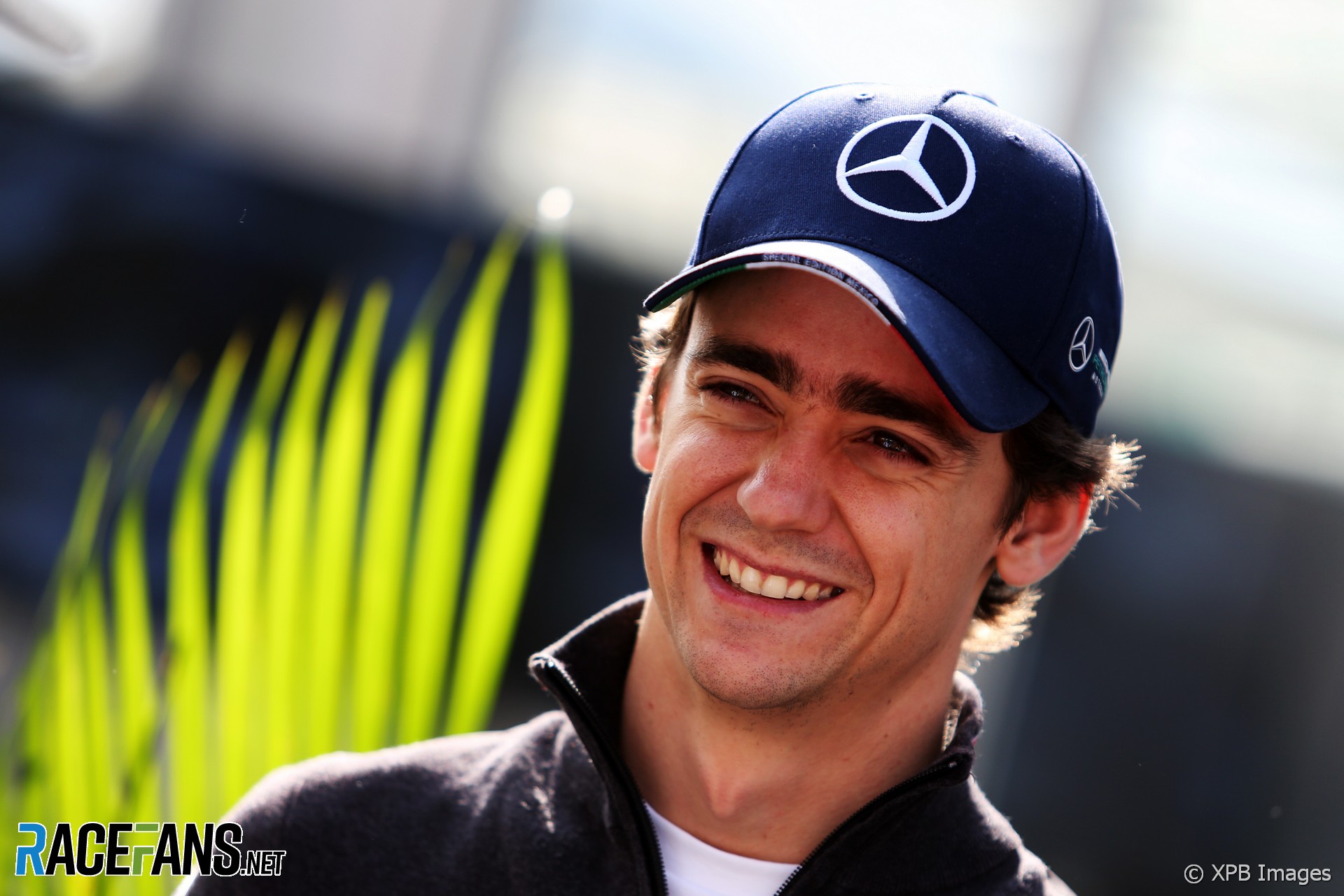 Neither of Mercedes’ reserve drivers will be available to stand in if they are needed to replace Lewis Hamilton or Valtteri Bottas in this weekend’s 70th Anniversary Grand Prix at Silverstone.

Mercedes made the discovery after Racing Point, with which it shares reserve drivers, required a replacement for Sergio Perez last weekend following his positive test for Covid-19.

Former Formula 1 drivers Stoffel Vandoorne and Esteban Gutierrez are Mercedes’ official reserve drivers. However Vandoorne was unavailable last weekend due to Formula E commitments and is racing in the series again this weekend.

Mercedes has also learned Gutierrez is unable to drive for them as he no longer qualifies for a superlicence. Racing Point was able to call on Nico Hulkenberg to fill their vacant seat at short notice.

“I think Esteban would have been in a really strong candidate for the seat, but unfortunately he didn’t qualify,” said Mercedes team principal Toto Wolff when asked by RaceFans.

“There is a new rule this year that if you haven’t raced in a Formula 1 car in an official event for the last three years you need to have done the test of at least 300 kilometres.”

Gutierrez last raced in F1 in 2016. Drivers who have not participated in F1 for more than three years “must be judged by the FIA to have recently and consistently demonstrated outstanding ability in single-seater formula cars,” according to the International Sporting Code.

It also states: “The F1 team concerned must show that the applicant has driven at least 300km in a representative Formula 1 car consistently at racing speeds, over a maximum period of two days and completed not more than 180 days prior to the application.”

Wolff said: “That is a new rule that came into effect this year, which we didn’t particularly look at because we didn’t think that a Formula 1 driver would that previously had strong records wouldn’t qualify for the drive.

“But that was the case with Esteban and then, therefore, Racing Point opted for the other option. That wasn’t a bad option at all, for Nico Hulkenberg.”

Gutierrez will not be able to do a suitable test between now and the next race. “We can give him the 300 kilometres but we aren’t able to give it to him [before] next weekend,” said Wolff.

“So we have to analyse now what it means for us. It’s a shame because giving Esteban a chance is always nice. He’s been a strong part of the team and a strong pillar of the team.

“Obviously I don’t hope that it’s ever necessary that we need a reserve driver, if we would have given him the chance. But as it looks, we need to come up with another solution.”

Mercedes also share their reserve drivers with McLaren, in addition to Racing Point.