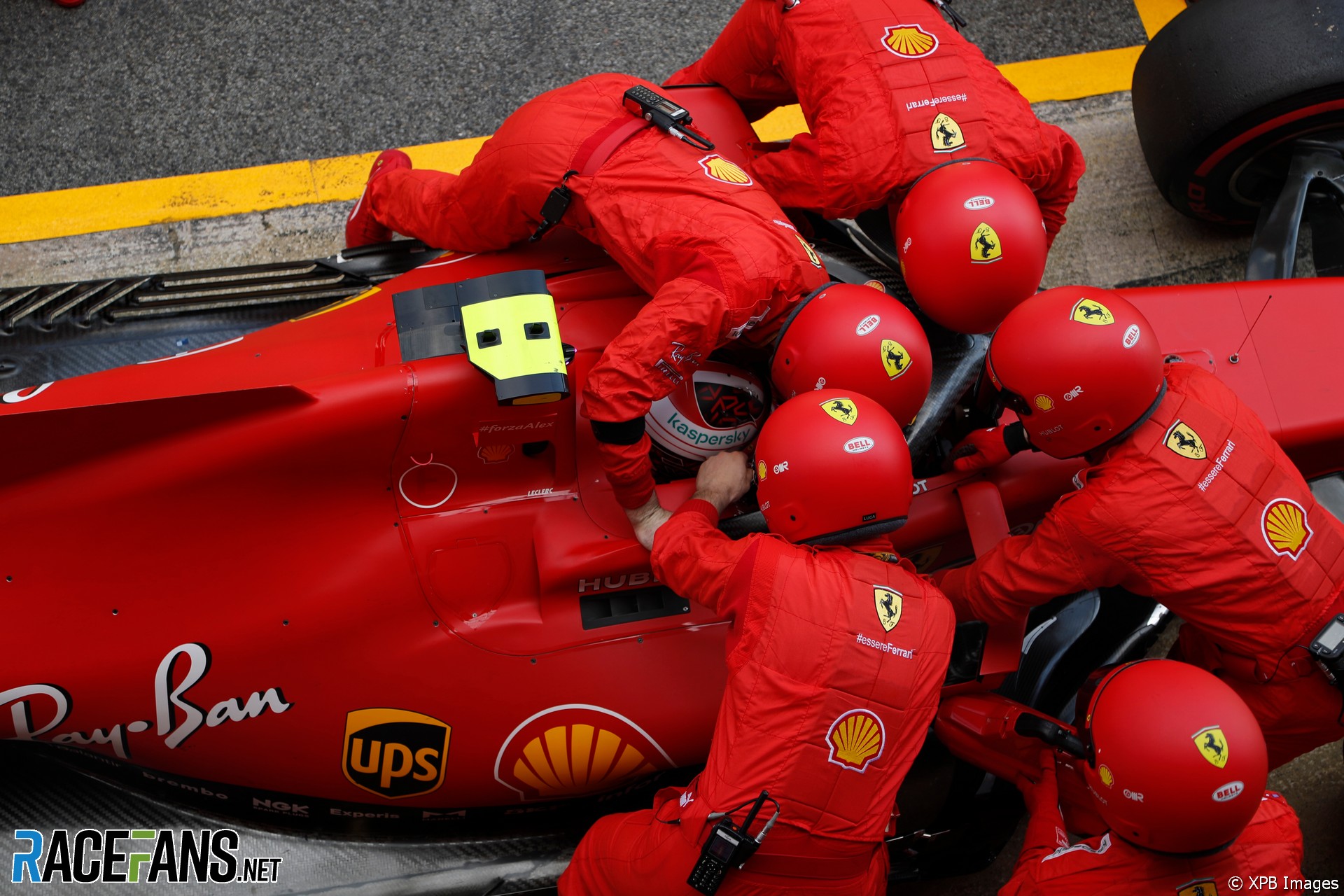 Charles Leclerc revealed he drove two laps during the Spanish Grand Prix with his seatbelts “off” before retiring from the race.

The Ferrari driver detached his belts after he spun at the turn 14/15 chicane. He described how an electrical failure, believed to have been triggered by contact with a kerb, caused his power unit to switch off unexpectedly.

Leclerc was able to restart his engine, but had already undone his seat belts by that point.

“I tried to start the engine after the issue and it was not starting,” he said. “So I took off the seat belt getting ready to get out. But then they asked me to try one last time and actually the last time it actually worked again. So then I had no seat belts so I had to stop.”

After restarting his car, Leclerc initially told the team he was going to pit. However after being told his power unit was working properly he stayed out for another lap.

He told the team his seat belts were loose shortly after passing the pit lane entrance for the second time after his spin. “I’m pretty sure nobody will be happy with me driving without seat belts,” he said on the radio.

Leclerc told the team he needed to pit for a new attachment to secure him in the car properly. However the team did not have one ready when he arrived. The decision was then taken to retire his car.

“It’s a shame,” said Leclerc. “I think the one-stop strategy was working very well on my side. We managed very well the soft tyres but unfortunately we couldn’t finish the race today.”

Formula 1 race director Michael Masi said he monitored Leclerc’s radio immediately after his spin and came close to deploying the Safety Car so the Ferrari could be recovered.

“I was listening to Charles’s radio and his communication with the team and monitoring it with the engine still going,” he said. “I got in contact with the team immediately to see if he was going to restart or not. So it was close.”