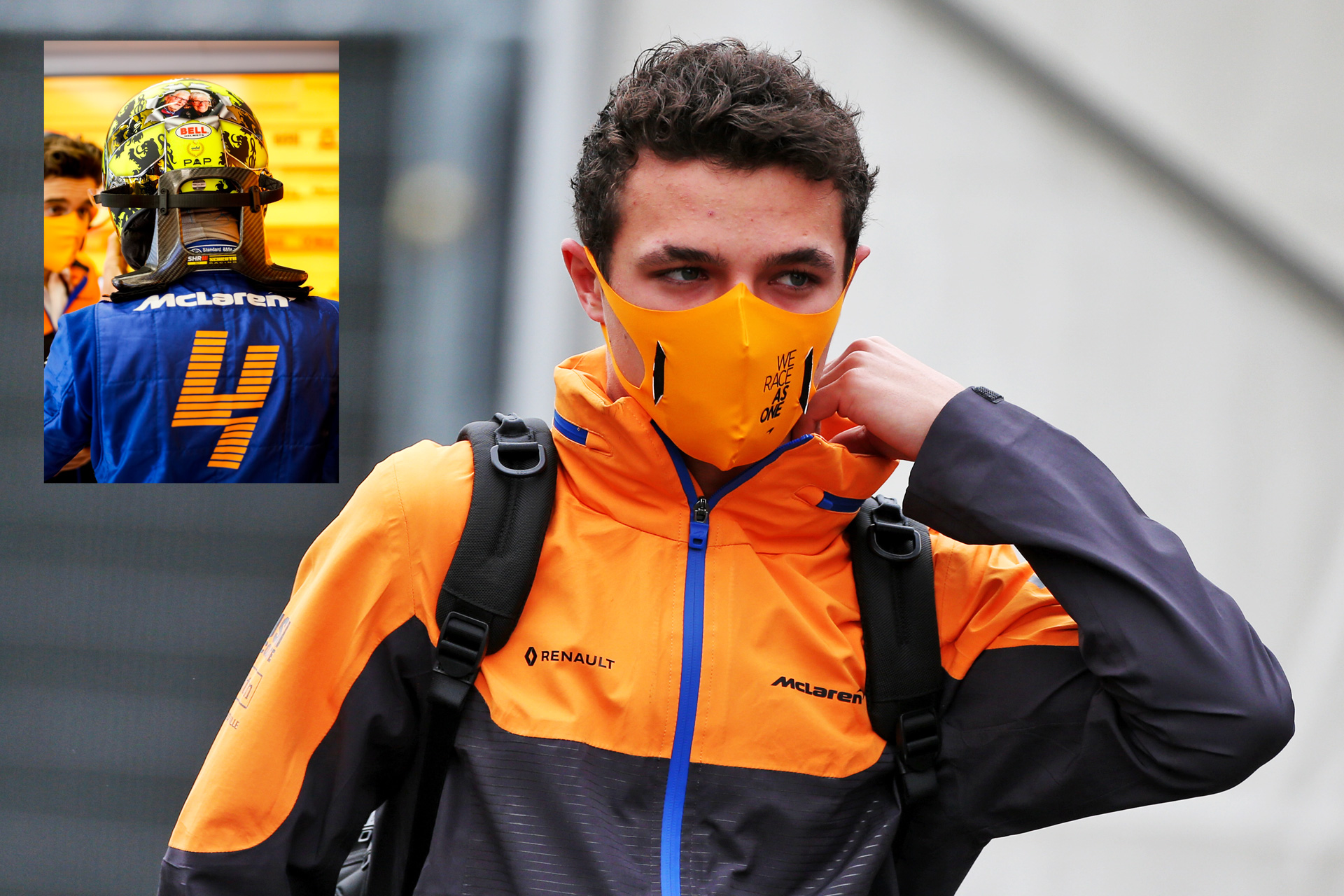 Lando Norris says he chose not to wear a special, one-off helmet he had produced for the Belgian Grand Prix weekend after learning it could be considered to have political connotations.

The McLaren driver, whose maternal grandparents are Belgian, was seen sporting a new helmet on Friday at Spa-Francorchamps. The design incorporated the flag of the Flemish region, a black lion on a yellow background.

Norris said he was unaware of any potential political concerns over the lion insignia, which has been adopted by a far-right party in Belgium. He intended to use the design as a tribute to his maternal grandparents, a picture of which also appeared on the helmet.

“I wanted a helmet design this weekend to pay tribute to my Belgian roots and my family, in particular my grandparents whose picture I put on the back,” Norris explained.

“I wasn’t aware of the connotations around the use of this particular motif when I designed the helmet but as soon as I was, it was clear that it was inappropriate to continue using it.”

When he was made aware of the concerns over the design, images of which circulated on social media, Norris immediately decided not to use it.

“The helmet was never intended to be a political statement, for me personally it was simply a cool design that paid tribute to part of my heritage,” he said.

“However, I never want to cause division or offence and I understand that using the helmet would have offended many people in Belgium. With that in mind, I’ve decided to go back to my standard helmet.”

Speaking on Thursday, Norris said he considered Belgium’s round of the world championship as a second home race due to his links to the country.

“I’m 50% from the UK, 50% from Belgium,” said Norris. “We used to come here all the time for Christmas and Easter and many occasions. Everyone from my mum’s side lives out here and has come to all of the races that I’ve done in Belgium since karting.

“So I see it completely as a home race. The only reason I would say Silverstone or the GB race is more of a home race is just because that’s where I’ve grown up.”