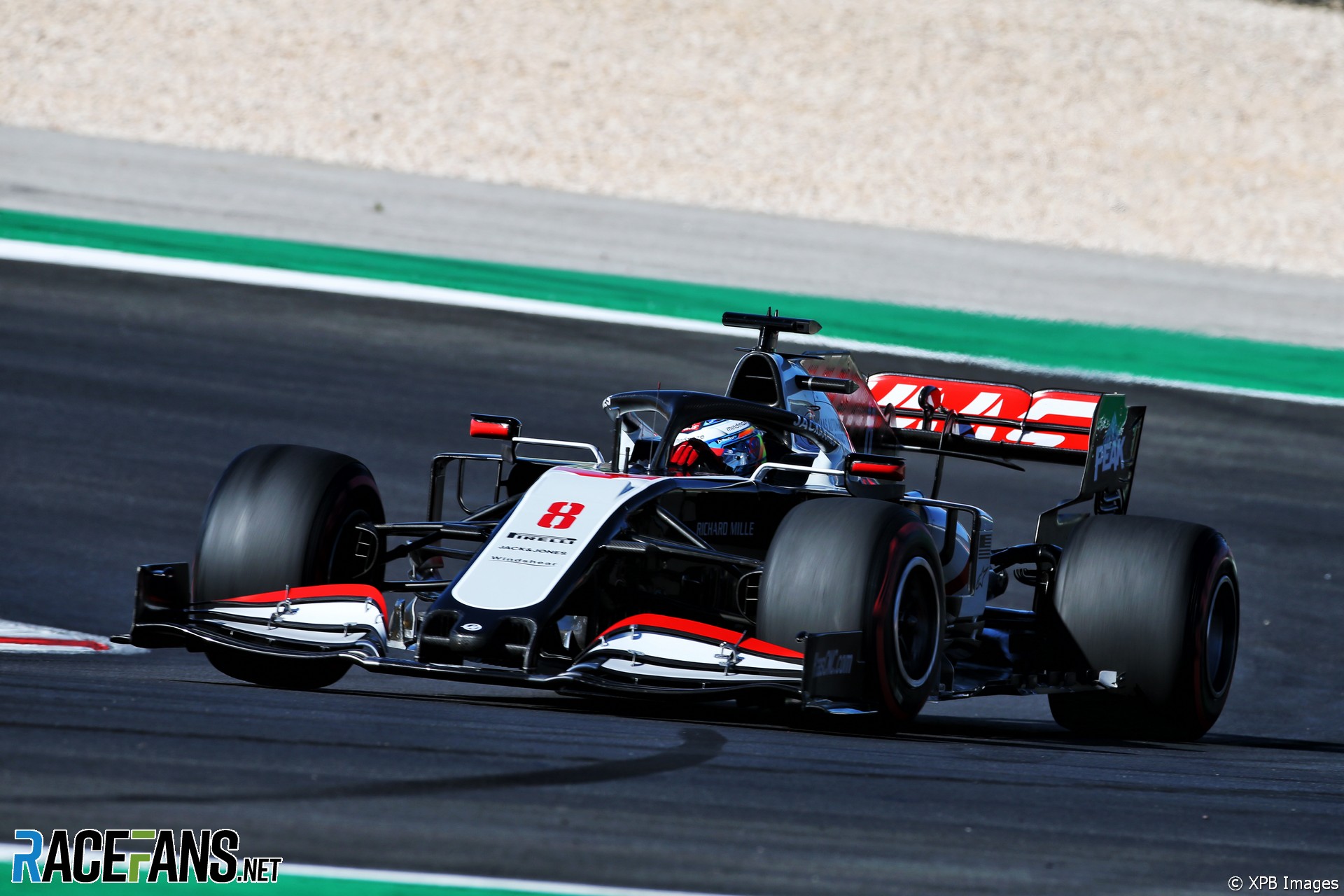 Romain Grosjean says Haas’s performances have been affected all year long by a suspension overheating problem which they are unable to solve.

Both Haas drivers were eliminated in the first round of qualifying for the Portuguese Grand Prix. “I can find a tenth maybe but there isn’t much more in the car,” said Grosjean, who will start 18th, one place ahead of his team mate.

“We’re struggling with the rear suspension overheating,” he explained, “meaning that the platform, the right height, keeps changing at the rear. From one lap to the other we can pick up up to 4% of aero balance.”

“When it gets hot at the end of third practice you get the ride height and then it cools down – and then you start qualifying with a different one and every lap the rear suspension heats up and the rear ride height changes,” he explained. “Normally we’re struggling a little bit but this weekend the magnitude is quite bigger and we’ve got no idea why.”

Grosjean said the problem is making the team’s set-up choices a matter of guesswork. “I feel for my race engineer because they roll the dice and they decide which flap angle we’re going to go on but we never know where it’s going to end up.

“We’ve had the issue all year long but this weekend it has been, for some reason, really exaggerated. So we’re struggling with that. The car is never the same from one lap to the others. We’re not very confident for tomorrow and how it’s going to end.”

The team “don’t have any idea” what is causing the suspension to overheat, said Grosjean. Both cars have the same problem but Grosjean said his car is affected by it more than Kevin Magnussen’s.

“We see it a little bit on Kev’s car, but it’s always been minor compared to ours. This weekend, as an example, I picked up 3% of aero balance on the long run yesterday. It’s a fair bit.”

“We had this issue since the beginning of the year and it took a few races to understand it,” he said. “We tried a few options to cool the system. I don’t know how much difference it makes.”

New parts added to the VF-20 this weekend haven’t made a difference, he added. “I don’t know how bad it was today. Sometimes it seems to be working better.

“We brought some new parts to this race and I guess they don’t work as written on the box. So for sure we’ll keep on working on it.”