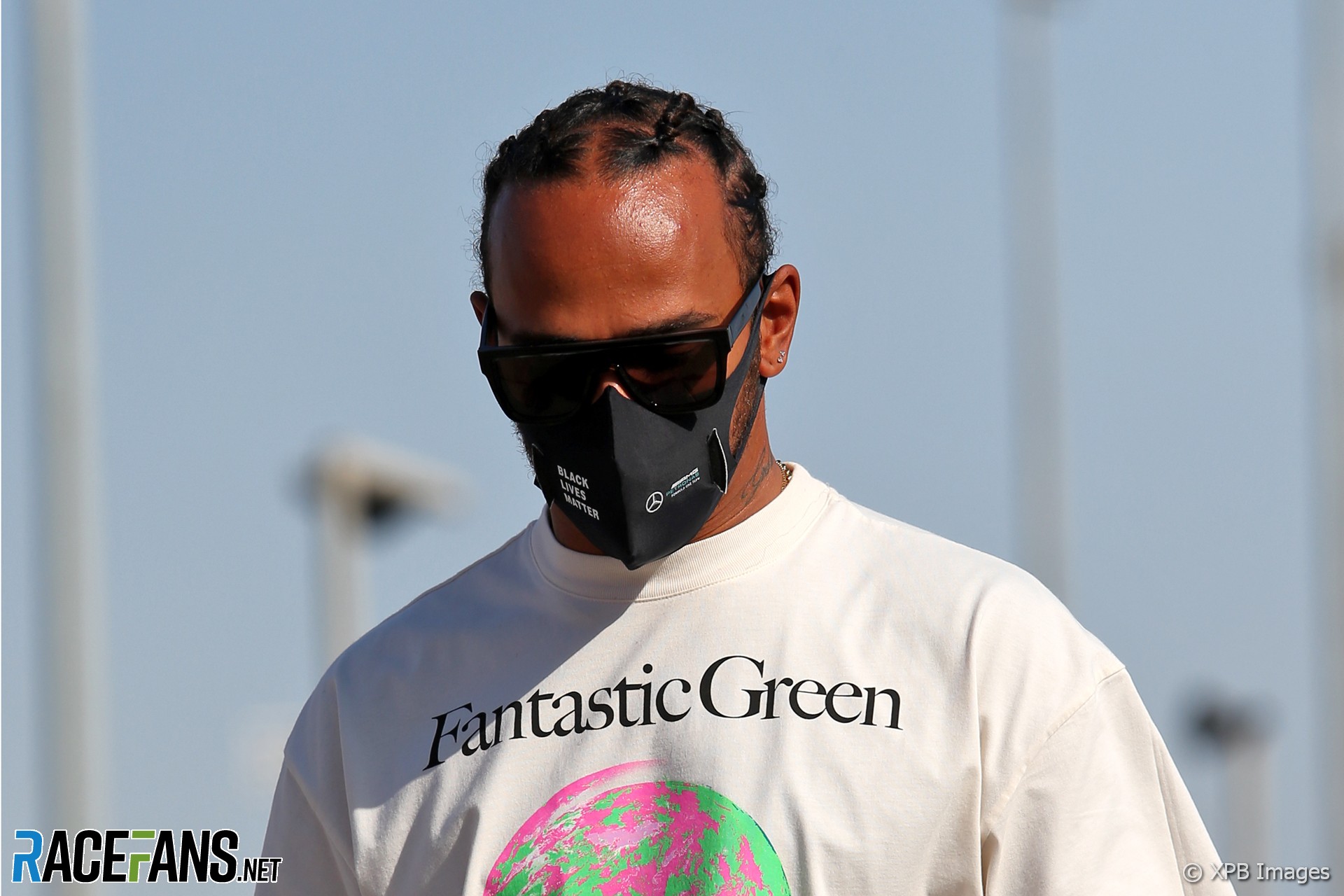 Lewis Hamilton says young Formula 1 stars shouldn’t be “handicapped” by a cap on their salaries which the sport may introduce in the future.

Formula 1 teams have discussed introducing a potential combined cap of $30 million on their drivers’ salaries. No date has been set for its introduction.

However Hamilton, who is yet to sign a new deal to remain in F1 next year, expects it won’t come into force until after he leaves the sport. “I think currently the salary cap is supposed to be implemented probably when I’m not even here,” he said.

While similar caps have been introduced in other sports, Hamilton pointed out that, unlike in F1, those competitors retain control over their highly lucrative image rights.

“I do think that the drivers here are, naturally, the stars of the sport,” said Hamilton. “They’re the ones that are seen, those are the ones that bring their brands and their reputation helps elevate the sport and help it travel globally around the world.

“There have been salary caps in some of those [other] sports, I think like in NFL, basketball maybe. I think the one difference is that those places the individuals own their image in many areas, then they can try to maximise their image elsewhere. This sport controls, pretty much, the driver’s image.”

Hamilton said he is “not personally opposed” to the salary cap but pointed out it could limit the earning power of future drivers.

“I do think about the next up-and-coming young stars that are coming through and I don’t particularly see why they shouldn’t be handicapped if they’re bringing something huge to the sport. It is a multi-billion dollar sport and they should be rewarded for what they do bring to it.”

The seven-times world champion indicated he is unlikely to leave Mercedes for a rival team in the future. He recently said he was “never really close” to joining Ferrari despite having discussions with the team in the past.

“I was never close at all to ever leaving my team,” he said. “I think it’s only right that us drivers, when you’re looking at your next [move] and committing to different times in your life, you have to analyse what your options are and make sure you have done your due diligence and have your pros and cons.

“I don’t necessarily know whether our values are aligned and timing just… it wasn’t meant to be. I’m not bothered by it.

“I’m so proud and grateful of the journey that I had with Mercedes. I think this is the only team in the history of the sport where you’re a long-life family member.

“If you look at the older greats that have been there for their whole lives, they’ve been a part of the Mercedes brand, you’re part of the road of evolution and they include you in the family forever. Loyalty, which I have tattooed, is a such huge part and such an important value to me.”