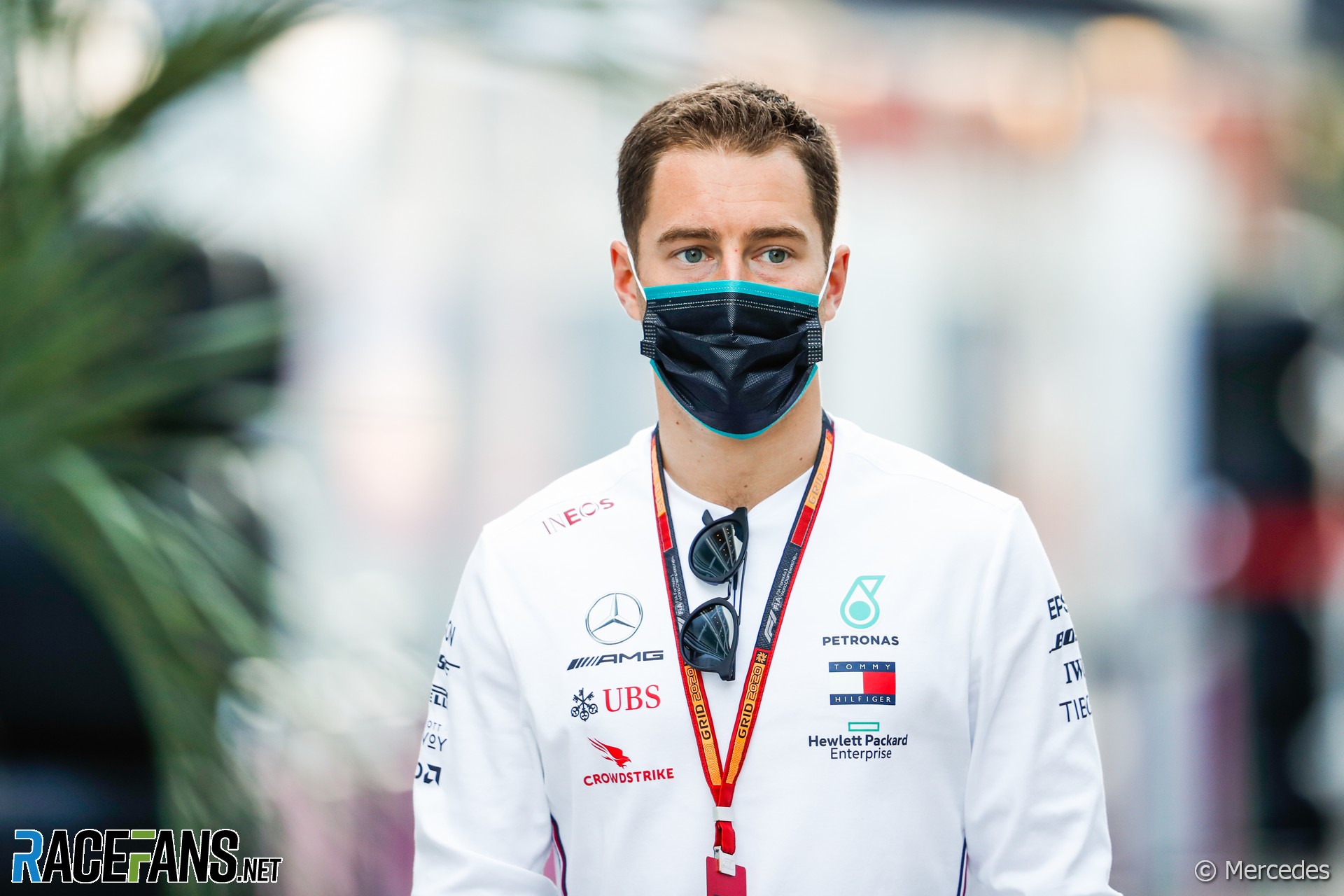 Mercedes reserve driver Stoffel Vandoorne says he has “a chance” to replace Lewis Hamilton in the team’s line-up for this weekend’s Sakhir Grand Prix.

The world champion will not take part in the race after his team confirmed he has tested positive for Covid-19.

Vandoorne is one of Mercedes’ two reserve drivers. The other, Esteban Gutierrez, does not currently have a Formula 1 superlicence.

However the team is believed to be weighing up the possibility of using Hamilton’s absence as an opportunity to give junior driver George Russell an opportunity to race the W11. That would require reaching an agreement with his Williams team, which uses Mercedes power units.

Speaking to media following today’s Formula E test in Valencia, Vandoorne said “I don’t know what is going to happen [but] I know there is a chance for me to drive.

“But let’s wait and see. I’m travelling tomorrow and I’ll find out.”

Vandoorne confirmed he had spoken to Mercedes about Hamilton’s absence from this weekend’s F1 race but indicated no decision has been taken on who will replace him.

“I got a first message this morning around seven,” he said. “The team told me that Lewis tested positive and they were going to announce an hour later. But afterwards it’s just been kind of waiting.

“To be honest I’ve not been able to think about it that much because I’ve been focusing on my Formula E test here. That’s been the priority of the day. I know I’m travelling out anyway to Bahrain tomorrow so let’s wait and see.”