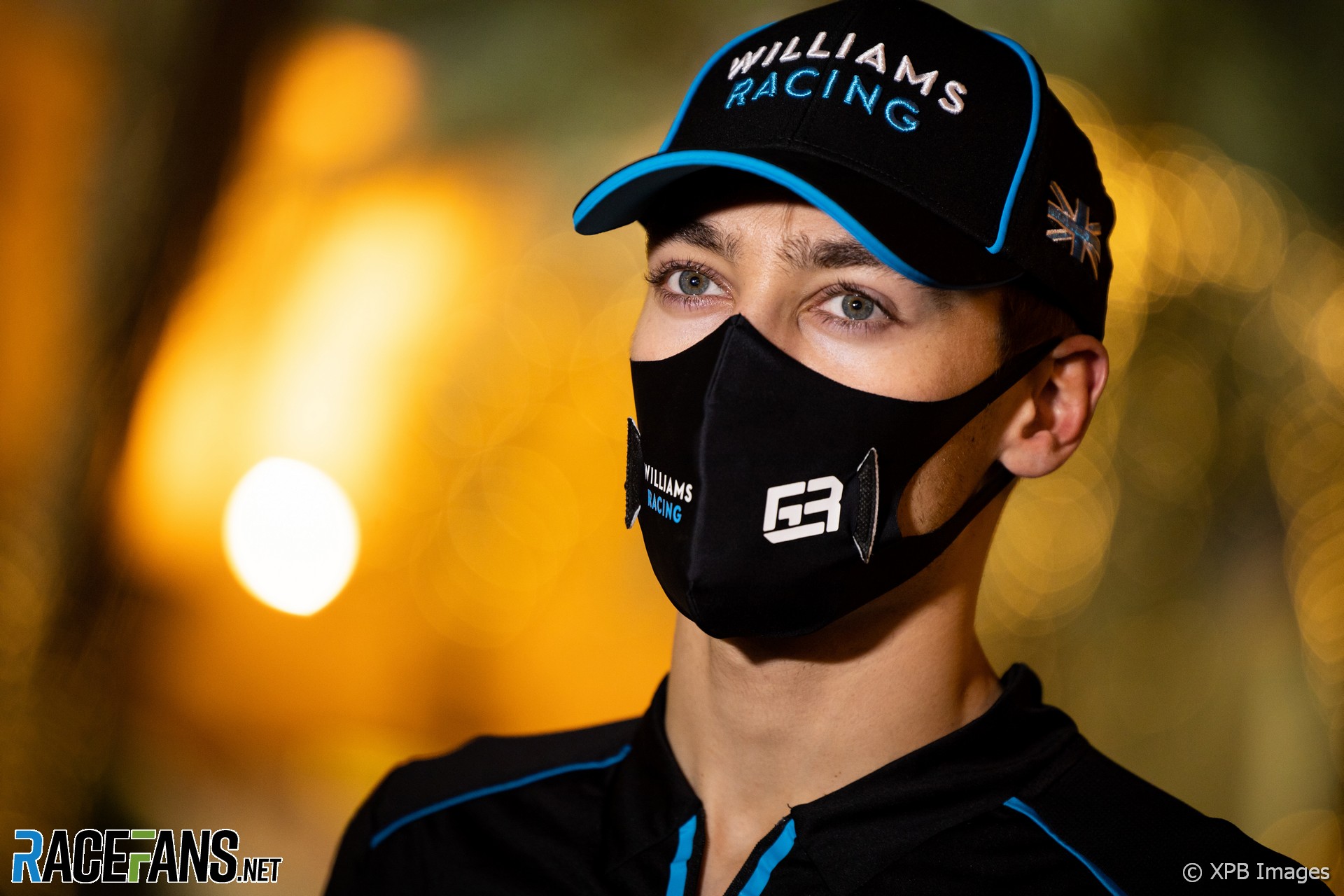 George Russell will swap his Williams for a Mercedes at this weekend’s Sakhir Grand Prix as he stands in for Lewis Hamilton.

The Williams driver and Mercedes junior will substitute for the world champion, who is unable to race this weekend after testing positive for Covid-19.

Russell’s place at Williams will be taken by the team’s reserve driver Jack Aitken, who will make his debut in Formula 1.

Russell thanked his team for giving him the chance to drive for the world champions. “I might be wearing a different race suit this weekend, but I’m a Williams driver and I’ll be cheering my team on every step of the way,” he said.

“I see this as a great chance to learn from the best outfit on the grid right now and to come back as an improved driver, with even more energy and experience to help push Williams further up the grid. A big thank you also to Mercedes for putting their faith in me.

“Obviously, nobody can replace Lewis, but I’ll give my all for the team in his absence from the moment I step in the car. Most importantly, I wish him a speedy recovery. I’m really looking forward to the opportunity and can’t wait to get out on track this week.”

Aitken, who driven Williams’ car earlier this year in practice, said he was “absolutely over the moon” to have landed the opportunity to make his F1 debut and “extremely happy for George to have his chance too.”

“I really mean it when I say I’ve felt very much at home here since I joined Williams earlier this year, so to get my chance to help the team try to achieve that elusive points finish is an extremely satisfying occasion to say the least.

“I’ll be doing all I can to prepare in the coming days, but truthfully, I feel like I have been ready since Melbourne. I also want to wish Lewis well in his recovery, and good luck to George getting the chance to drive the Mercedes this weekend.”

Mercedes CEO Toto Wolff thanked Williams “for their collaboration and open-mindedness” in releasing Russell to drive for them this weekend.

“It will not be a straightforward task for George to make the transition from the Williams to the W11, but he is race-ready and has detailed understanding of the 2020 tyres and how they perform on this generation of cars. George has shown impressive form this year with Williams, playing an instrumental role in their climb up the grid, and I am optimistic that he will deliver a strong performance alongside Valtteri, who will be a demanding reference for him.”

Mercedes reserve driver Stoffel Vandoorne had been expected to play a role in replacing Hamilton this weekend. Russell will be the first Mercedes junior driver to race for the team since their return to F1 10 years ago.

“We have a job to do this weekend, and the full focus of our sporting efforts will be behind Valtteri and George in order to maximise our points score as a team,” said Wolff. “But, of course, our thoughts are also with Lewis, and we will be supporting him as much as we can to make a rapid recovery during his period of self-isolation.”

108 comments on “Official: Russell to stand in for Hamilton at Mercedes, Aitken handed debut with Williams”