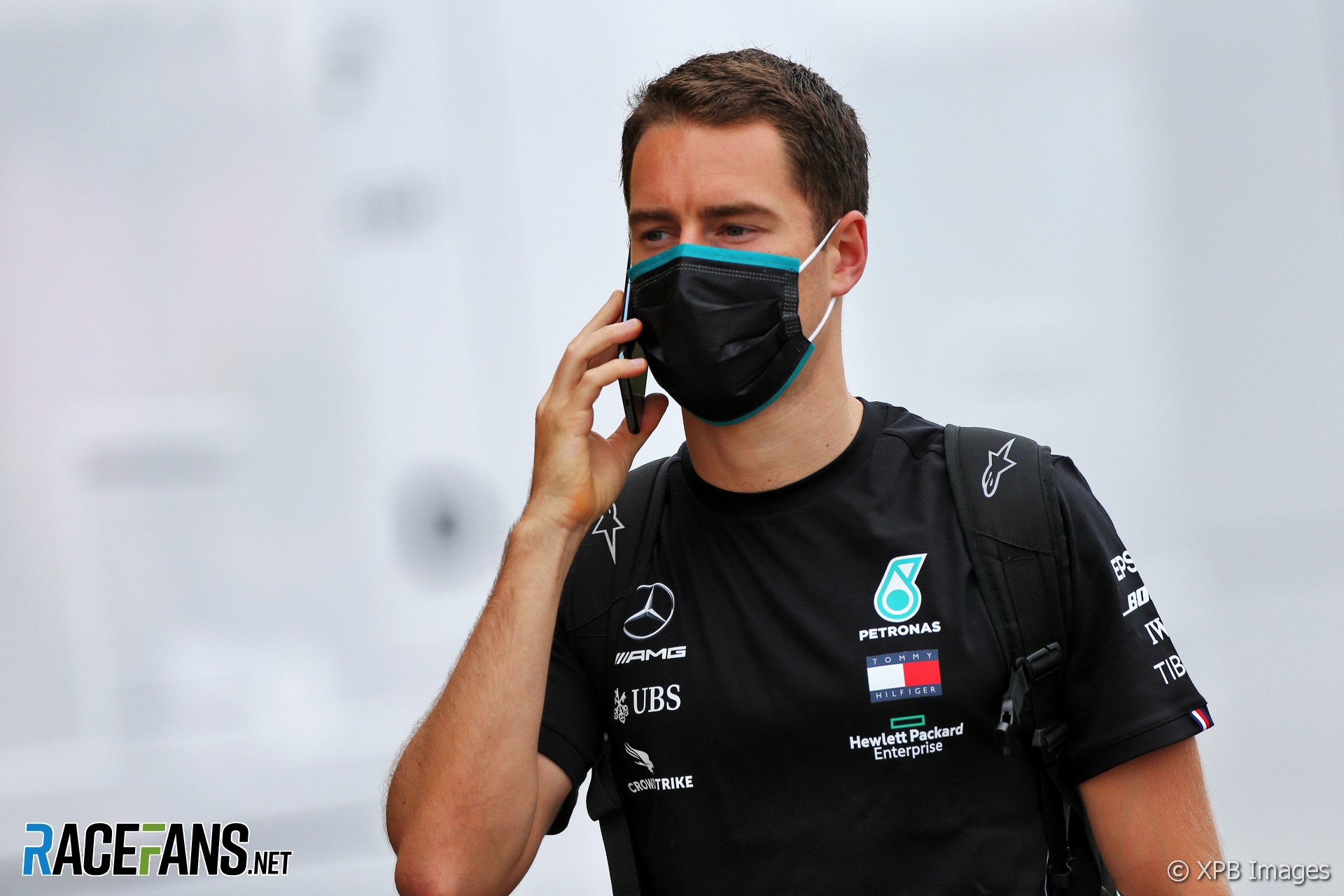 Mercedes team principal Toto Wolff described reserve driver Stoffel Vandoorne as a “top team player” after he accepted their reasons for passing him over for a race seat this weekend.

The team chose to call up junior driver George Russell as a substitute for Lewis Hamilton, who has tested positive for Covid-19, at this weekend’s Sakhir Grand Prix.

Vandoorne is one of the team’s two reserve drivers, and the only one with a Formula 1 superlicence. He was already due to join Mercedes in Bahrain this weekend before the details of Hamilton’s condition came to light.

Yesterday Vandoorne said missing out on the opportunity to return to F1 “hurts”, but he understood Mercedes’ reasons for choosing Russell. Wolff told Belgian media the team’s decision was no reflection on the job Vandoorne has done for Mercedes in F1 and Formula E.

“Stoffel is doing great in Formula E and has done a perfect job this year as our reserve driver,” said Wolff. “He’s naturally disappointed not to be in the car this weekend and we understand and respect that. He’s a racer and we don’t expect him to be jumping for joy.

“But he’s also pragmatic and understands the reasons for our decision. As reserve driver, you go into the season knowing that you could be called on to race, but that it’s not a guarantee and also that you have a role to play away from the track in the simulator and doing development work.

“Stoffel has done a great job with that, as well as his main role in Formula E, where they have just completed pre-season testing. He’s an important part of the motorsport family at Mercedes and a top team player.”

Vandoorne, who raced in F1 for McLaren between 2016 and 2018, also missed potential opportunities to return earlier this year when Racing Point required substitutes for Sergio Perez and Lance Stroll. The Mercedes customer team had the option of calling on the reserve driver’s services, but chose to run their former driver Nico Hulkenberg instead.