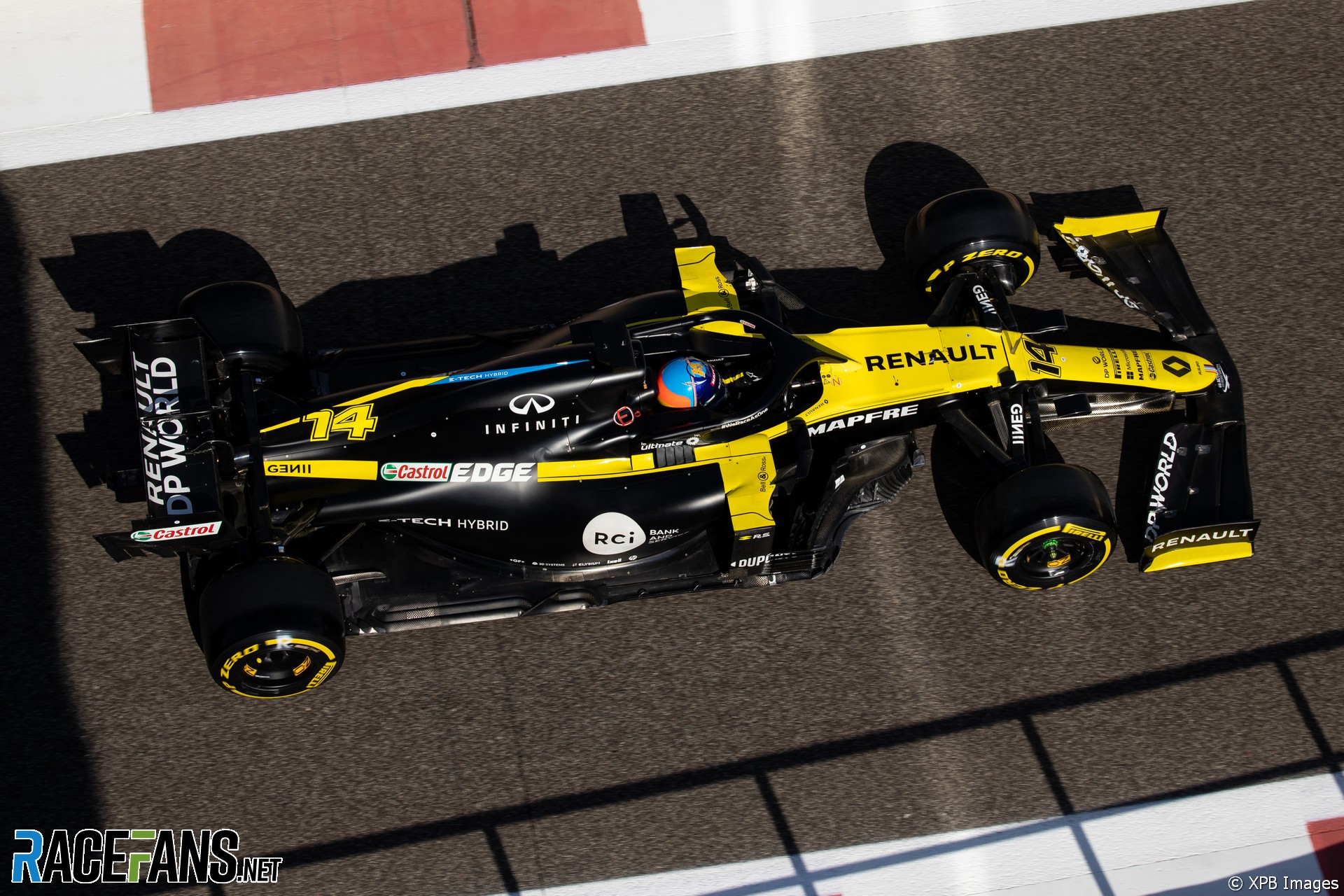 Fernando Alonso put in the fastest time at the post-season test, beating Mercedes’ Formula One rookie Nyck De Vries by two tenths of a second.

Robert Shwartzman put in the most laps of the day, finishing eleventh-fastest for Ferrari, who collectively ran by far the most mileage as Antonio Fuoco also put in 126 laps for a combined 255.

Mercedes cut short Stoffel Vandoorne’s running for PR obligations, according to the former McLaren driver. However, he still finished the day third fastest after 82 laps. just behind Mercedes Formula E team mate De Vries, out in his first ever F1 test.

Yuki Tsunoda completed 123 laps for AlphaTauri, finishing with the fifth-fastest time and ahead of both Red Bull cars. Mick Schumacher ran the only car Haas entered into the test, completing 125 laps but finishing slowest.

McLaren and Racing Point had opted earlier in the season not to participate in the test.