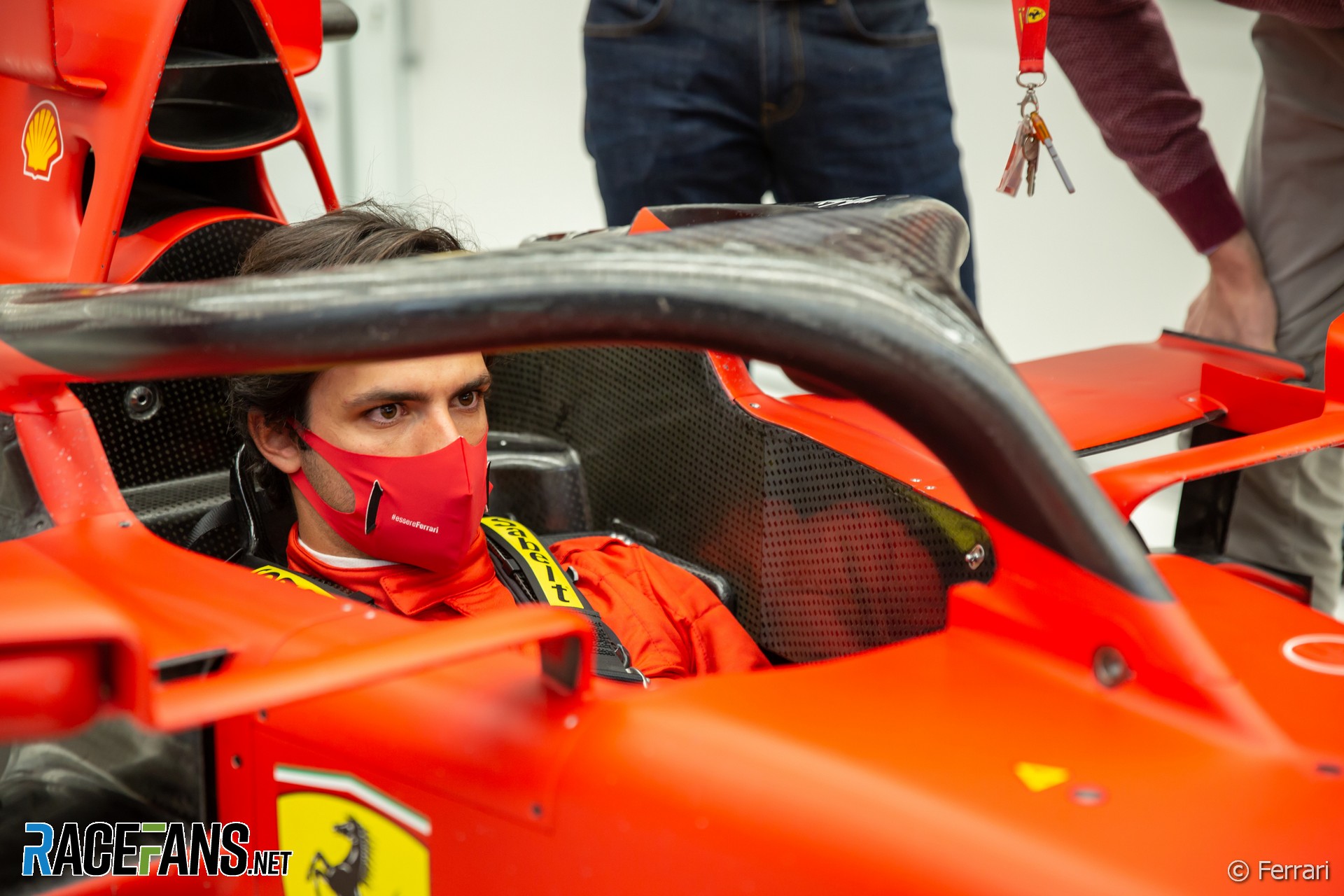 In the round-up: Carlos Sainz Jnr says it will be difficult to match his new team mate Charles Leclerc initially due to the limited amount of running allowed before the 2021 F1 season.

Sainz has already had a seat fitting for Ferrari, who he will drive for next year:

I think we will get along well. I already have some contact and I do get on with Charles already, we’ve been talking already the last few months a bit.

He’s a great talent. I think he’s driving at an incredible level right now. He’s performing, for me, one of the best on the grid right now. So it will be tough to match him, especially at the beginning, without any winter testing and anything. The relationship with him, I will try and keep it as professional as possible. And then if we obviously get on well outside the track, I’m happy with that.

"It is understood that no previous British sporting figure has been accommodated in this controversial way — a measure of the prime minister’s desire to see Hamilton recognised in the New Year Honours on Thursday after the Mercedes star won his seventh Formula 1 title in November."

Tost says the possibility Red Bull could leave Formula 1 cannot be ruled out if they are unable to obtain a power unit they can win races with.

Pat Symonds: "I've only seen two drivers who could rally a team. behind them - they were Michael Schumacher and Mark Webber."

"There will be some analysis over the next few weeks and few months figuring out why we as a group struggled in qualifying. Last year, I had the best qualifying average for the whole field. This year, it was bizarro."

Joao would like to see the empty slot on the 2021 F1 calendar filled by Portugal’s track, except for one significant drawback.

For me the right choice would have been Portimao.

However considering that there are some people still trying to get out of the parking lot I can’t say I’m surprised.
Joao (@Johnmilk)

40 comments on “Sainz: It will be tough to match “great talent” Leclerc”