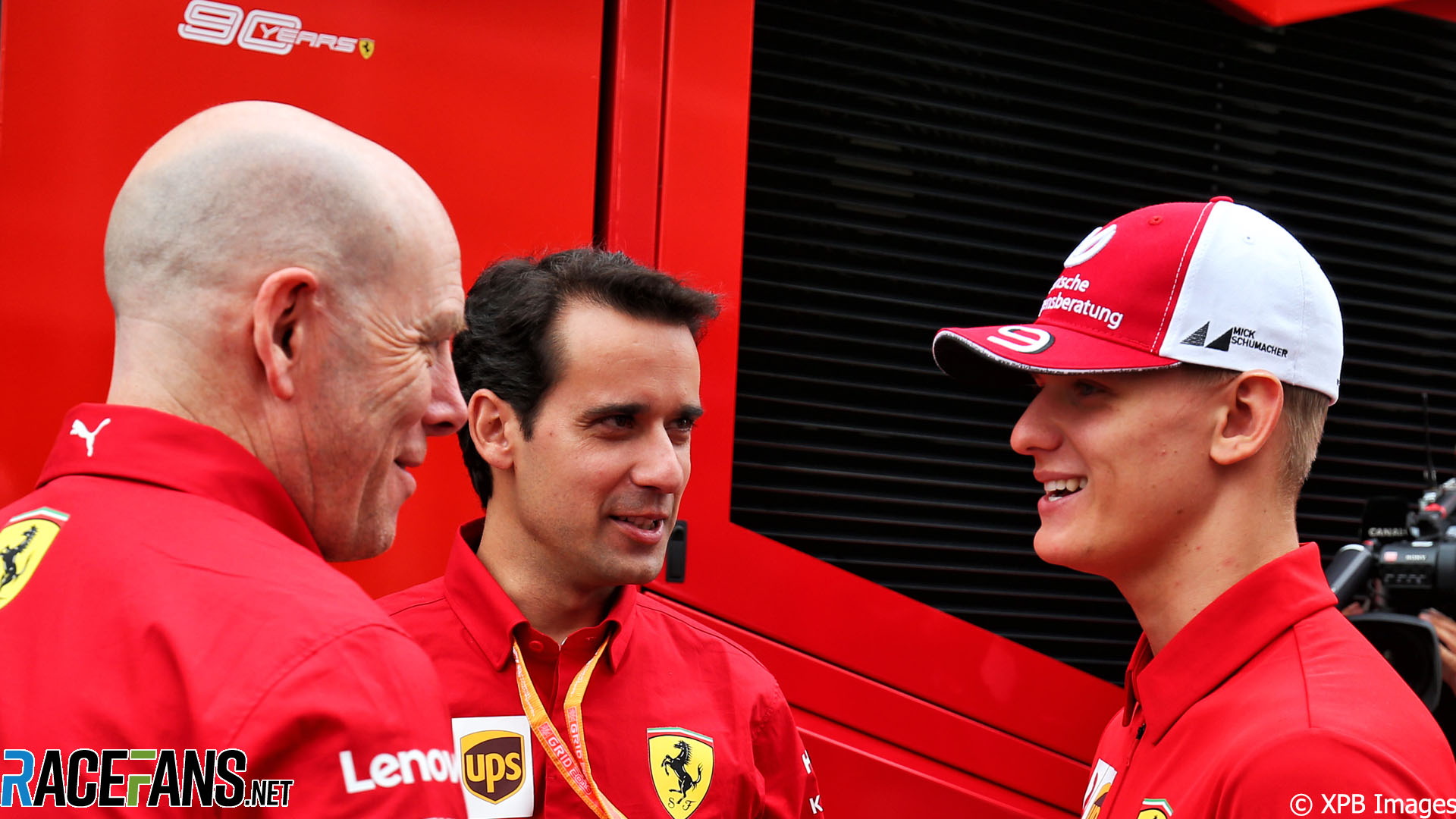 In the round-up: Jock Clear, who worked with Michael Schumacher at Mercedes and was race engineer to his 1997 championship rival Jacques Villeneuve, will assist Schumacher’s son Mick in his rookie F1 campaign.

Mattia Binotto said Clear will work not with Leclerc in the main team as well as Ferrari Driver Academy members including Mick Schumacher, who will made his F1 debut with Haas this year:

Jock is a great person, a great professional, he has been in Ferrari [for] many years.

His role in 2020 was being what we call a driver coach, an engineer who is supporting the drivers in order to perform in terms of driving to their best. Looking at the lines, looking at the way they are braking through the corner, accelerating, managing tyres. So they are there to support the race engineers, the performance engineers and the drivers to make sure that the driver is developing well.

We had some chats with Jock in the past weeks, we would like to develop him even more as a driver coach, not only for Charles, but looking ahead at the future, to our whole young drivers line-up we’ve got, the Ferrari Driver Academy.

Next year we’ve got Mick in Haas, starting his experience in F1. But we’ve got still young drivers competing in F2 like, for example, Robert Shwartzman. We’ve got Callum Ilott who will be our driver next year will do simulations we do through practice sessions.

So the role of Jock will be to assist these drivers to develop themselves as drivers, trying to exploit the most of their potential.

BREAKING: The 2021 calendar has been updated! 📅

8mm home movie from day one of qualifying in 1953. Taken by my Dad. Some is from the timing and scoring booth in the old Pagoda. Hope it uploads ok. PART ONE@IMS @IMSMuseum #Indy500 #Novi pic.twitter.com/WXTXshdRS8

Introducing the @GCKmotorsport e-Blast 1: operates a fully electric propulsion system which relies on lithium-ion battery tech.
It will then be converted into a hybrid vehicle where energy stored as hydrogen will be converted to electricity by a fuel cell.#ChangingTheRules pic.twitter.com/hgsjEEXaqB

"Sandown will host the second round of the 2021 Repco Supercars Championship following the postponement of the Australian Grand Prix. Supercars will assess the opportunity to race in the November 19-21 slot, but an additional event on the current 12-round schedule hasn't been confirmed."

"Motorsport Games Inc’s top executive was accused in a lawsuit of wrongfully short-changing investors when he acquired a discounted minority stake in a unit that is part of the company’s planned initial public offering."

Sabine Kehm: "He is private, perhaps even more private than Michael. He is simply a dedicated driver. Getting to Formula 1 has been the priority for many years."

"Beganovic thus follows the usual path, going up from Formula 4 to the European Formula Regional series, which looks like being even more competitive in 2021 than it has been to date. The category will benefit from merging with the Formula Renault Eurocup and so there will be more participants with greater experience, thus giving it more status."

"Although we are all going through this most incredibly gruelling period, it’s enormous testament to the strength and popularity of the BTCC that we have a full entry. Even more remarkable is the fact that a third of the grid will be new-build cars that have been constructed in the off-season."

"In motorsport, seven-time Formula 1 world champion Lewis Hamilton — the only black driver in a massively white-dominated sport — became one of the most vocal supporters for civil rights and Black Lives Matter as he used his victories on the track and time in the spotlight and on the podium to wear T-shirts bearing slogans in support of racial equality. He called out F1 owners to do more, and in a seismic moment, drivers began to take a knee before each race."

"The car up for auction—chassis XKD 518—is not a Le Mans veteran, but is noteworthy for a couple of reasons. It left the factory not in traditional British Racing Green, but in red—a color normally associated with Jaguar's Italian rivals. XKD 518 was also sold to its first private owner by future Formula 1 czar Bernie Ecclestone."

"NASCAR officials will require driver Hailie Deegan to take sensitivity training before the 2021 season after her use of an offensive word during an online racing stream Sunday. Deegan apologized Sunday night after using a term that disparages those with intellectual disabilities during an iRacing event. The stream — since deleted — was the first from her personal account on Twitch."

Following the confirmation of changes to the 2021 F1 calendar yesterday including the postponement of Australia and China’s rounds of the world championship Sumedh suggests a better way to organise this year’s championship:

Somehow, I feel we will again get a 17- or 18-race season, but spread out across a longer time period. Similar to the early 2000s seasons where one would wait two to three whole weeks just to see Michael Schumacher win in a boring race.

Why don’t they race in blocks? Like a ‘Europe-1′ where you have five or six races in eight to 10 weeks, then break for a month and start a ‘Middle East’ block where again you do four or five races in six to seven weeks then break again. Then a ‘Europe-2’, ‘Americas’ and ‘Asia’.

The drivers and staff can also go home in the breaks an not be in a bubble for longer time period. I liked the intense nature of the 2020 season but don’t mind it being short intense blocks rather than the entire 17 races being one intense block crammed in five months
Sumedh