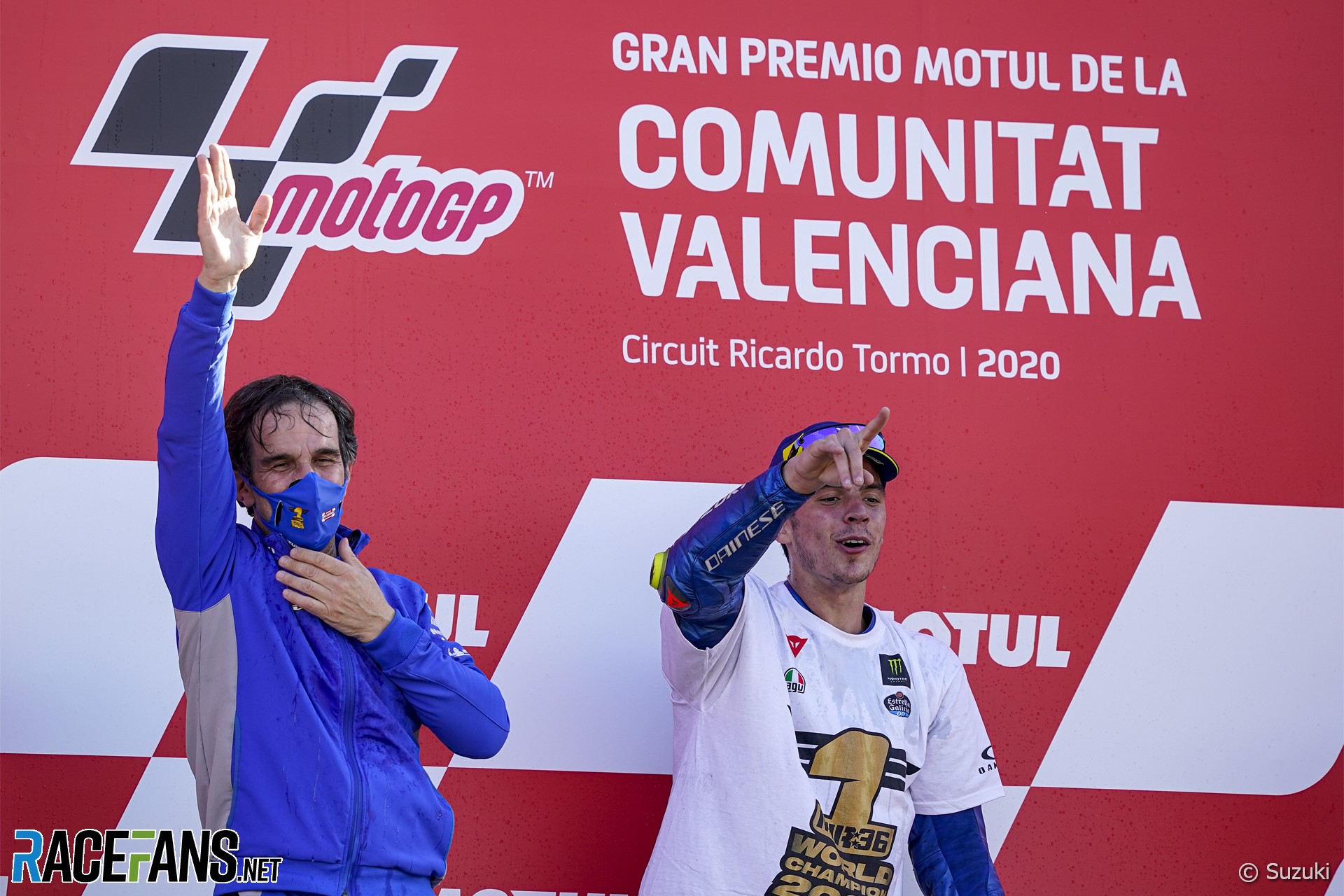 "Of course he is the defending world champion in Moto GP, for Suzuki, on two wheels. But it doesn’t matter if there are four wheels on this side. He is an excellent professional, he knows the taste of a track, the importance of having a team, giving everyone a specific role, he knows how to organise the work."

Vettel back to Red Bull? That’s why Marko asked for a sabbatical (F1 Insider)

"I advised Sebastian to take time off. But that also included Red Bull. I just wanted him to still be on the market at the right time so he could take the best possible offer."

"I think if the first round in Bahrain had gone smoother for Yuki, then we could have been looking at him on the top step of the prize giving ceremony."

"Victoria, which is hosting the Australian Open, reported four positive cases in overseas travellers, all associated with the tennis, taking the total to nine."

"Czech driver Staněk will join Red Bull juniors Jak Crawford and Ayumu Iwasa in Hitech’s 2021 Formula 3 campaign. He will also partner Reece Ushijima and Iwasa in the Asian Formula 3 Championship, set to take place in the UAE later this month."

"It was amazing to see the difference between getting a clean lap and even making one or two small mistakes, you could lose as much as six or seven tenths. That was something that we never experienced in F3. There is no room for mistakes in F2. I feel like I have already learned a lot."

"To win this award is a massive honour. Not just because of the award in general, but also having Sir Jack’s name attached to it. It’s very special."

"The FIA ETRC condemns the racist and sexist comments directed at ETRC truck racing driver Aliyyah Koloc and her sister Yasmeen, which were made by a driver and a mechanic of a competitor team during the Rallye Dakar."

"Addressed an issue where Artem Markelov would be quicker than intended."

"It even had ambitions to re-enter motor racing; the erstwhile Spyker F1 team was created in 2006 but managed just one season before it was sold and renamed Force India."

Brexiters are waking up to the damage they've done (The Guardian)

"The cost of taking UK showjump horses across the Channel is prohibitive for their British owners. Motorsport faces similar fees for cars shipped to EU races."

Juju Noda will take on the American challenge by racing in @F4Championship in 2021. She will join @FollowJHDD with the support from @Rokit.

Its beyond words to describe my excitement to join @FerrariEsports

I seriously couldn't be here without the support I have, I'm eternally grateful ❤️

Let's get on track and put lap times on the board 💪#FerrariEsports pic.twitter.com/uvs6lqRWZu

I have to say this is looking a bit like a sticking point. What @MercedesAMGF1 have to negotiate with though is a massive chip called Lewis Hamilton's 8th FIA World Drivers' Title. Its just sitting there waiting to be claimed. How much is it worth though? #f1 https://t.co/wVcU5WP90O

Lance Stroll featured in the latest instalment of the 2020 F1 driver rankings yesterday. Adam gives his assessment of the Aston Martin driver:

I think it’s fair to say he’s not a terrible F1 driver. There have certainly been worse. Personally I find the nepotism and money that has oiled his career a bit distasteful but he’s obviously got a decent ability.

He has no consistency. He has a good race where he performs well and then a few races where he achieves little. That’s not bad though, a lot of F1 drivers are simply ‘good’ – they plug away, get good points, have anonymous weekends and then have one or two fantastic results. Stroll seems to fall into this category. The only thing that bugs me is that there are drivers that are categorically superior in ability while he’s largely hung around in a seat that’s almost totally guaranteed for him regardless of whether he finishes first or last.

Specifically this year, he had the car but didn’t get the best use of it. I think he threw away a lot of good positions, and had too many weekends where he just didn’t show up. He’s been around long enough not to give him the rookie excuse.
Adam (@Rocketpanda)

25 comments on “Switch from Moto GP to F1 will present no problems for Brivio, says De Meo”