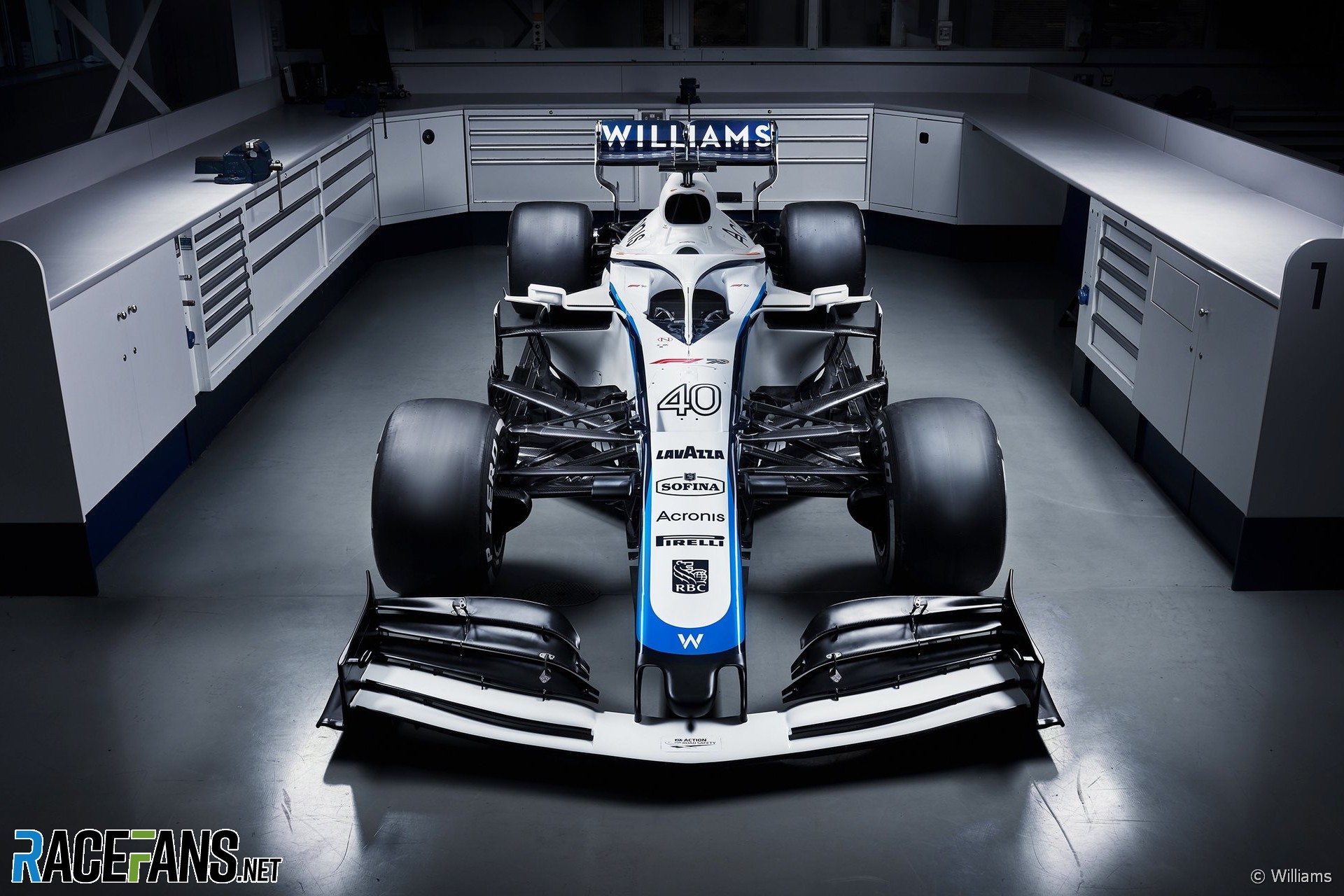 Williams has named its new car for the 2021 F1 season the FW43B, and will reveal it on March 5th.

The car will appear for the first time one week before pre-season testing begins at Bahrain International Circuit.

The FW43B will be the first car launch by the team since its sale to new owners Dorilton last year. Williams has slumped in recent seasons: It finished last in the championship for the previous three years running, and failed to score a point last year.

George Russell and Nicholas Latifi have been retained to drive the car. The team will continue to use Mercedes power, as it has done since 2014. Roy Nissany, the team’s test driver, will drive the car on one day in Bahrain and take part in three first practice sessions for Williams.

The team recently confirmed it will begin using Mercedes transmissions in 2022, meaning the FW43B will be its last car to feature a Williams-designed gearbox.

None of Williams’ rivals have announced a later launch date for their new cars so far. However some teams are expected to uncover their new machines for the first time on the eve of testing in Bahrain.

8 comments on “Williams to reveal FW43B on March 5th”