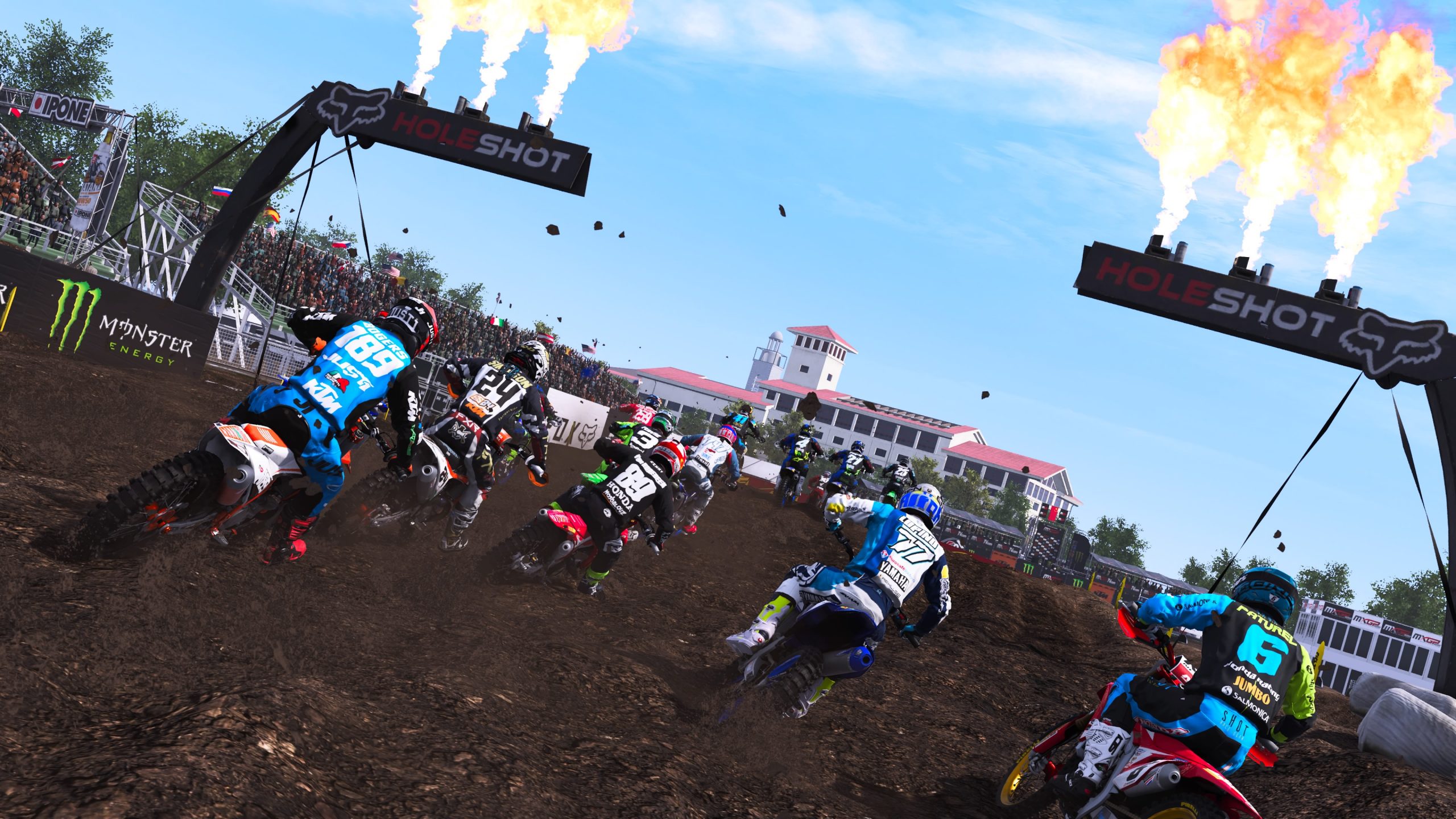 Motorsport fans across the world have never had it so good when it comes to virtual representations of their favourite racing series.

Almost every major international category you can think of has some form of representation on either PC or console. And that’s true for both four-wheeled as well as two-wheeled racing.

Now Italian developers and motorcycle specialists Milestone take their officially-licensed MXGP franchise into the next-generation with the new release of MXGP 2020 on PlayStation 5, Xbox Series X/S and PC (Steam), plus PS4 and Xbox One.

Based on last year’s FIM Motocross World Championship season, MXGP features all teams and riders from both the premier MXGP class and the MX2 junior category across the full pre-pandemic calendar of 19 rounds.

If you’re unfamiliar with motocross racing, it’s one of the purest and simplest forms of motorsport to follow. A field of roughly 20 riders race form a mass start in time-limited events around winding dirt circuits littered with jumps, ditches and banked corners.

There’s no pit strategy, complex rules or restrictions to have to get your head around – simply crank the throttle and ride as hard and fast as you can.

If you’re a newcomer to motocross racing, you’ll be pleased by how accessible and intuitive the handling model is. You can choose between standard and advanced physics, but the level of precision control offered means it’s relatively easy to get up to speed.

While usual racing line theory still applies in motocross, the skill lies in finding the best lines around the banked turns, the ideal trajectories over jumps and the most efficient route over the rhythm sections.

As MXGP circuits tend to be more open and undulating than the compact, stadium-based circuits in the North American AMA Supercross series, there are some truly beautiful courses to race around in MXGP20. F1 fans may particularly enjoy the Imola course, which is neatly nestled between the two Rivazzas.

Although MXGP 2020 is relatively easy to pick up there is, unfortunately, a lot of assumed knowledge of the player on behalf of the game. As an official game of the series, it’s perhaps not surprising that the game takes your familiarity with the sport for granted. However, it’s a little disappointing that there is no guidance available to explain, say, how to properly scrub jumps, how to best approach rhythm sections or when and how it’s best to shift your rider’s weight using the right analogue stick.

There’s no official tutorial to help teach these techniques that are crucial to reducing lap times by seconds and vital to winning races at higher difficulties. If you’re an MXGP novice, you’ll be left trying to figure that out on your own.

Aside from the standard race, time trial and championship modes, you can take on the series using your own customised rider in career mode, starting in MX2 and rising into the premier class either with one of the official teams or by creating your own team.

MXGP 2020’s career mode is by no means as involved or detailed as those of its contemporaries, but it is better to have it than not at all. Performing well earns you currency, which allows you to unlock a plethora of cosmetic customisation items for your rider and bike. While you cannot change designs and colours to your liking, the sheer volume of real-world items from actual manufacturers available to unlock for your rider is genuinely impressive. If you ride in real life, you’ll likely be able to buy the exact same items for your virtual racer in this game that you have on your own bike.

To help players get accustomed to riding, MXGP features a vast, open ‘playground’ set among the fjords of Norway where players can ride around at their leisure and get used to their bikes without any constraints or. It’s a fun way to give players a chance to try different techniques and just enjoy riding around in an open space.

As well as the 19 circuits available, you can also design and build your own using the track editor feature. Using a series of elements, you can piece together your own course Scalextric-style. Your creations can be shared online and you can even race around circuits designed by other players. Building your own track can be fun, even if the options for locales to set your circuit in are slightly underwhelming. If you’ve always had a concept for a motocross course in your mind, you’ll enjoy being able to bring it to life here.

Graphically, MXGP 2020 runs at a dynamic 4F and 60 frames per second on PlayStation 5 and Xbox Series X. While not the most visually stunning racing game ever made, MXGP 2020 does make excellent use of the Unreal Engine, with the course deformation and degradation over a race particularly impressive.

The game takes advantage of the PS5’s DualSense haptics to deliver more detailed feedback, with different surface types having a distinctly different feel to them. The adaptive triggers also add an additional element to the sensation of riding, making it easier to tell where the limit of traction is, especially in wet conditions.

Because of the nature of the racing on offer, it’s hard to say whether MXGP 2020 will offer racing game veterans interested in trying something different anything deeper than a novel new kind of racing action. Nailing a good lap in MXGP 2020 really is satisfying, but with little in the way of strategy or team management in career mode, it’s harder to be as invested long-term if you’re not a keen motocross fan already.

As a very first entry of the series on a new generation of hardware, though, MXGP 2020 is a solid game. Milestone have repeatedly demonstrated their ability to make quality two-wheeled racing games, and the latest addition to their roster offers plenty of racing fun.