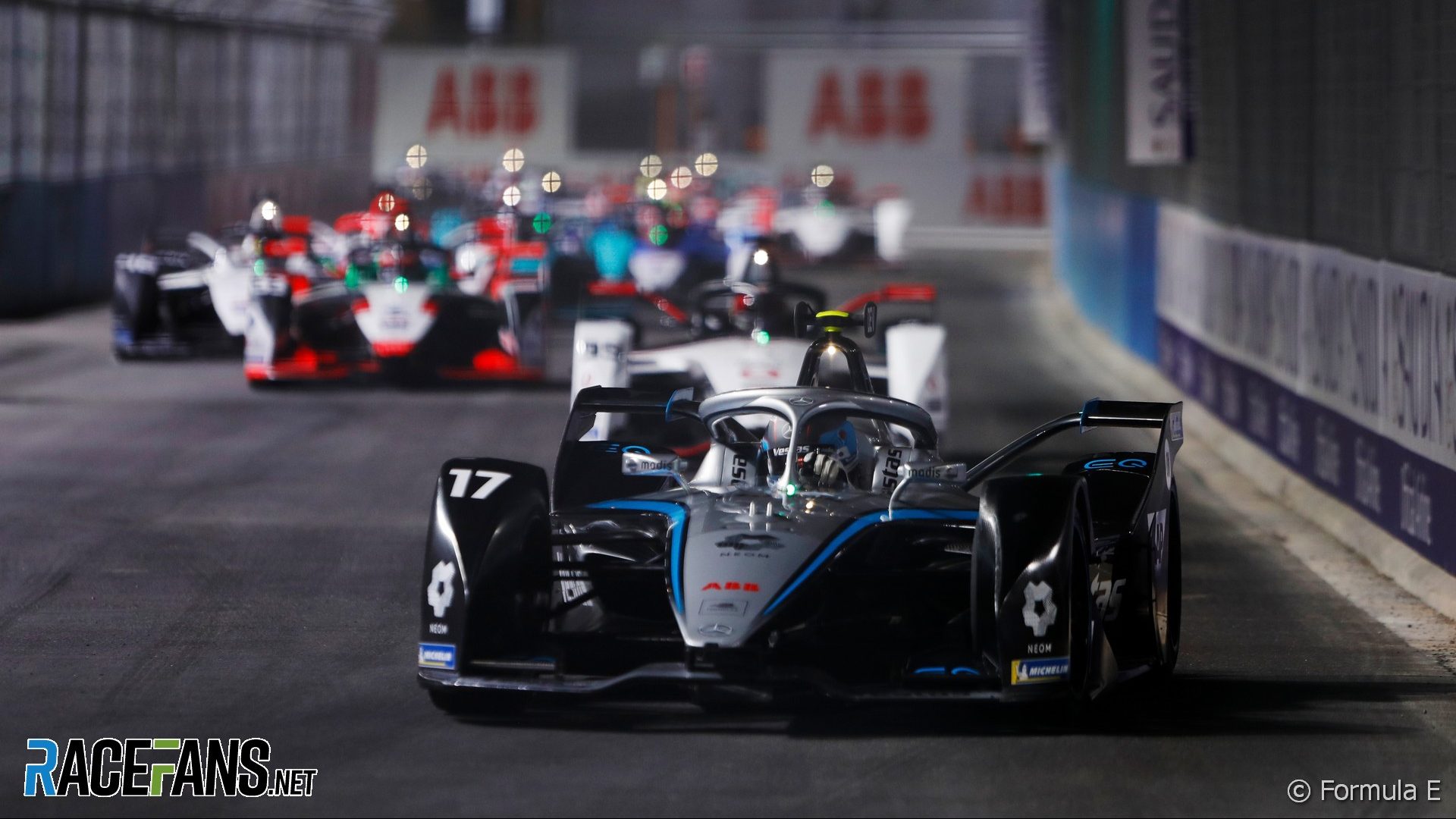 All Mercedes-powered Formula E cars have been allowed to participate in today’s race, having been barred from joining the qualifying session earlier today.

The cars belonging to the Mercedes team and customer outfit Venturi remained in their garages during the qualifying session after Venturi driver Edoardo Mortara suffered a heavy crash in final practice. He was extracted and taken to a local hospital for assessments, remaining conscious throughout.

Time constraints in the hour between the end of third practice and the start of Formula E qualifying les race control to instruct Mercedes-powered cars not to join the track for qualifying sessions until a full investigation could be completed.

At the time, Mercedes and customer team Venturi suggested the issue was likely to be related to his car’s braking system. The stewards subsequently shed more light on the cause of Mortara’s crash.

“The brake system lost the front brake pressure and the pressure sensor was at zero,” said the stewards. “Both brake pedal travel sensors indicated that the brake pedal was fully pushed by the driver.”

Formula E cars do not all use the same brakes, although Brembo systems are common across the majority of the cars.

Mercedes, who won yesterday’s season-opening race at the track, said a software error had been identified and corrected on the system they share with Venturi.

“First and most importantly, we are pleased that Edo is safe and well following his accident in third practice,” said Mercedes in a statement. “Our analysis since then has enabled us to understand what occurred and put in place suitable counter-measures.

“We have now corrected the software problem and demonstrated to the FIA’s satisfaction that the matter has been resolved. As a result, the FIA will permit all Mercedes-powered cars to race this evening.”

Nyck de Vries and Stoffel Vandoorne will start for Mercedes’ Formula E team in 20th and 22nd place respectively, with Norman Nato also starting for Venturi in 23rd place. Edoardo Mortara is listed on the starting grid in 21st, however, no statement has been made on his fitness to race following the high-speed impact.

Mortara said in a social media post “I m safe and fine. I had the scariest moment ever, I m grateful and thankful for all the support I received. We’re even considering trying to take the start of the race if we can repair the car [but] it will be very tight.”