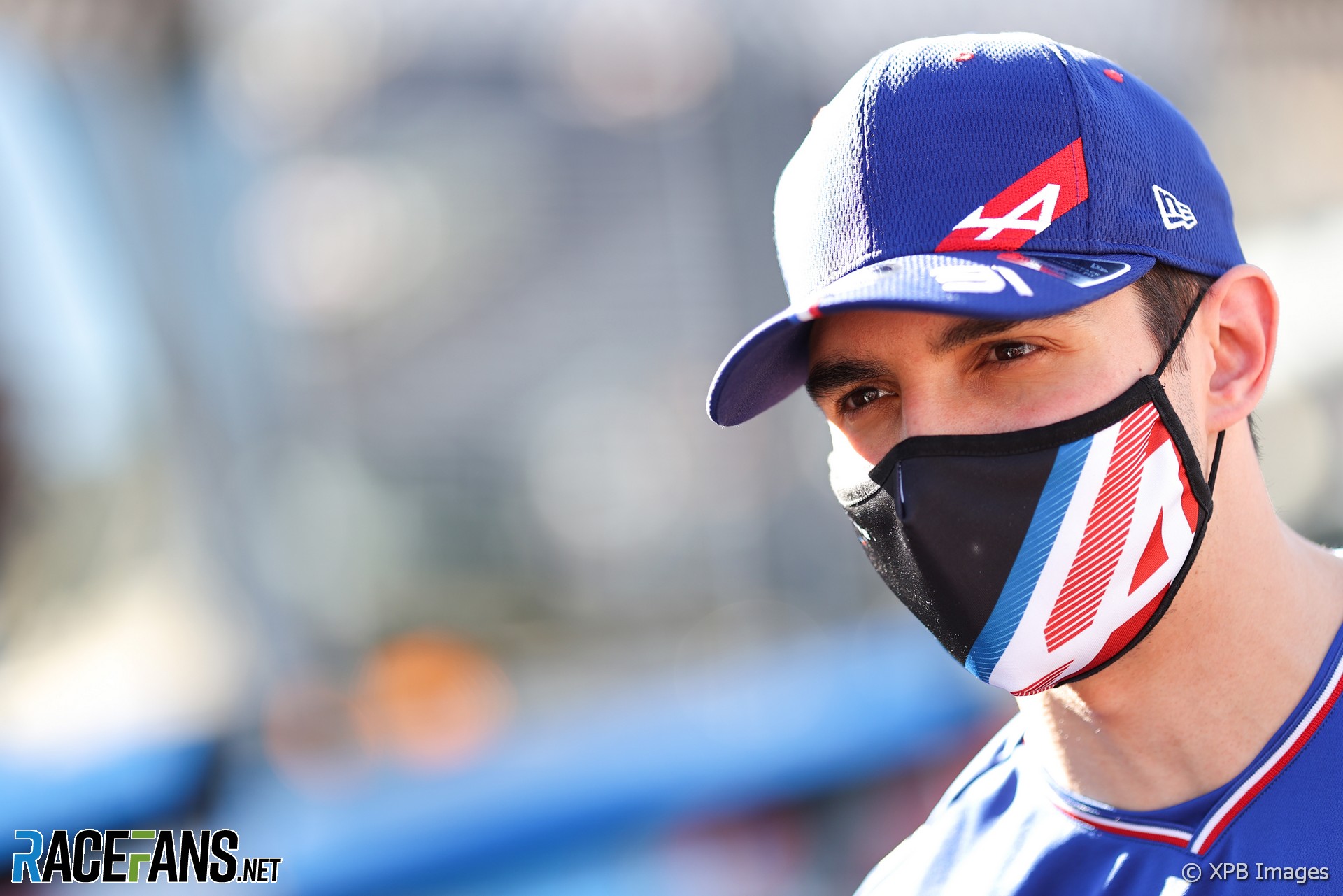 Esteban Ocon’s strong start to the 2021 Formula 1 season looks likely to win him a contract extension at Alpine.

The 24-year-old returned to F1 last year with the team, previously known as Renault. Following a difficult start to his comeback Ocon scored a podium finish in the penultimate round and has carried that form into the new season.

While he is managed by Mercedes, the team’s CEO Toto Wolff recently said Alpine has first call on Ocon’s services. The team’s CEO Laurent Rossi said they have already begun discussions on extending their commitment.

“We were very grateful after Toto said that,” said Rossi in yesterday’s FIA press conference. “And it is indeed something we are considering.

Ocon has finished ahead of his new team mate, two-times world champion Fernando Alonso, in every race so far this year.

“Esteban is doing everything to make me consider keeping him in the team,” said Rossi. “I would be remiss if I didn’t think about it.

“At the moment, we are already engaged in some conversations with his agent, his management team, Mercedes at large. Esteban is a great driver so I’m happy to have that type of problem – which [it] is not actually.”

Rossi confirmed Ocon is their first choice for the seat, and denied the team is courting AlphaTauri’s Pierre Gasly. “We’re not looking at any drivers for next year,” he said. “At the moment I am considering Esteban.

“Fernando is here next year with us. If we want to carry on with the momentum we have we will do that. Pierre is obviously a great driver of value but at the moment this is not on the cards, I would say.”