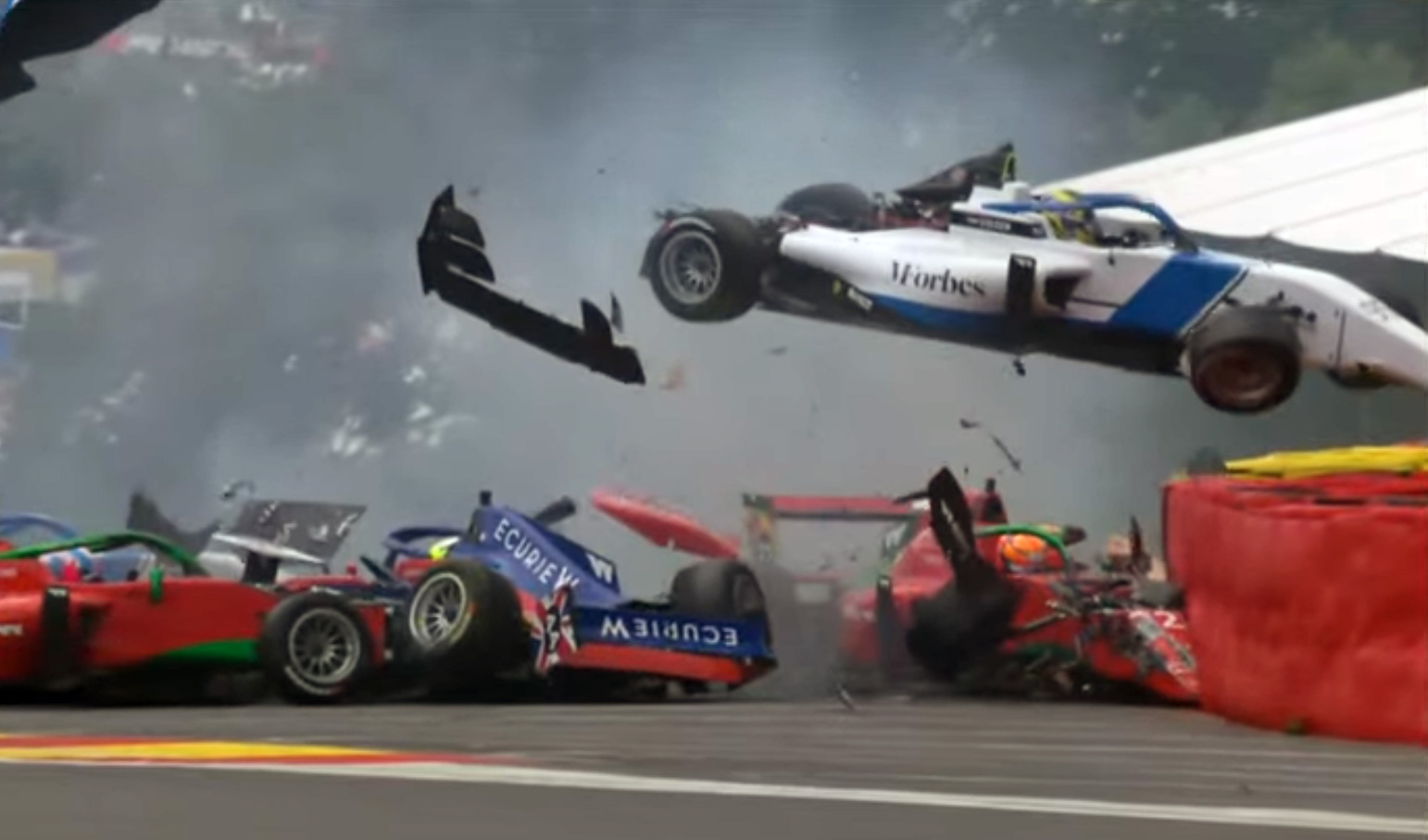 Two drivers have been taken to hospital following a serious, six-car crash during today’s W Series qualifying session at Spa-Francorchamps.

Ayla Agren and Beitske Visser have been taken to a nearby hospital for checks following the pile-up which occured at the Raidillon corner. Abbie Eaton, Belen Garcia, Fabienne Wohlwend and Sarah Moore were also involved and are undergoing medical checks at the track.

The crash occured as rain began to fall at the circuit and drivers appeared to lose control of cars as they climbed from Eau Rouge to Raidillon. Several of the spinning cars collided with each other, lifting Visser’s car above the barrier at the top of the hill. After it landed on the track it was struck by Wohlwend’s car and came to a rest on its side with much of its rear missing.

A statement issued by the championship said: “All drivers involved in the incident are undergoing medical assessment and two of the drivers – Ayla Agren and Beitske Visser – have been transferred to hospital for further checks.”

The series later confirmed Agren had been discharged. Visser has undergone a CT scan which revealed no injures, but is awaiting the outcome of an X-ray of a leg.

The session restarted around half an hour after the crash and was contested only by the 12 remaining drivers. Points leader Jamie Chadwick claimed pole position ahead of closest rival Alice Powell.

The crash is the latest in a series of incidents at the Raidillon corner. Formula 2 racer Anthoine Hubert died following a crash at the curve in 2019, and earlier this year a major crash during the Spa 24 Hours left several drivers with injuries, prompting Ferrari Driver Academy member Callum Ilott to call for changes at the corner.

Formula 3 racer Juan Manuel Correa, who suffered serious leg injuries in the collision with Hubert, is racing at the circuit for the first time since the crash this weekend.