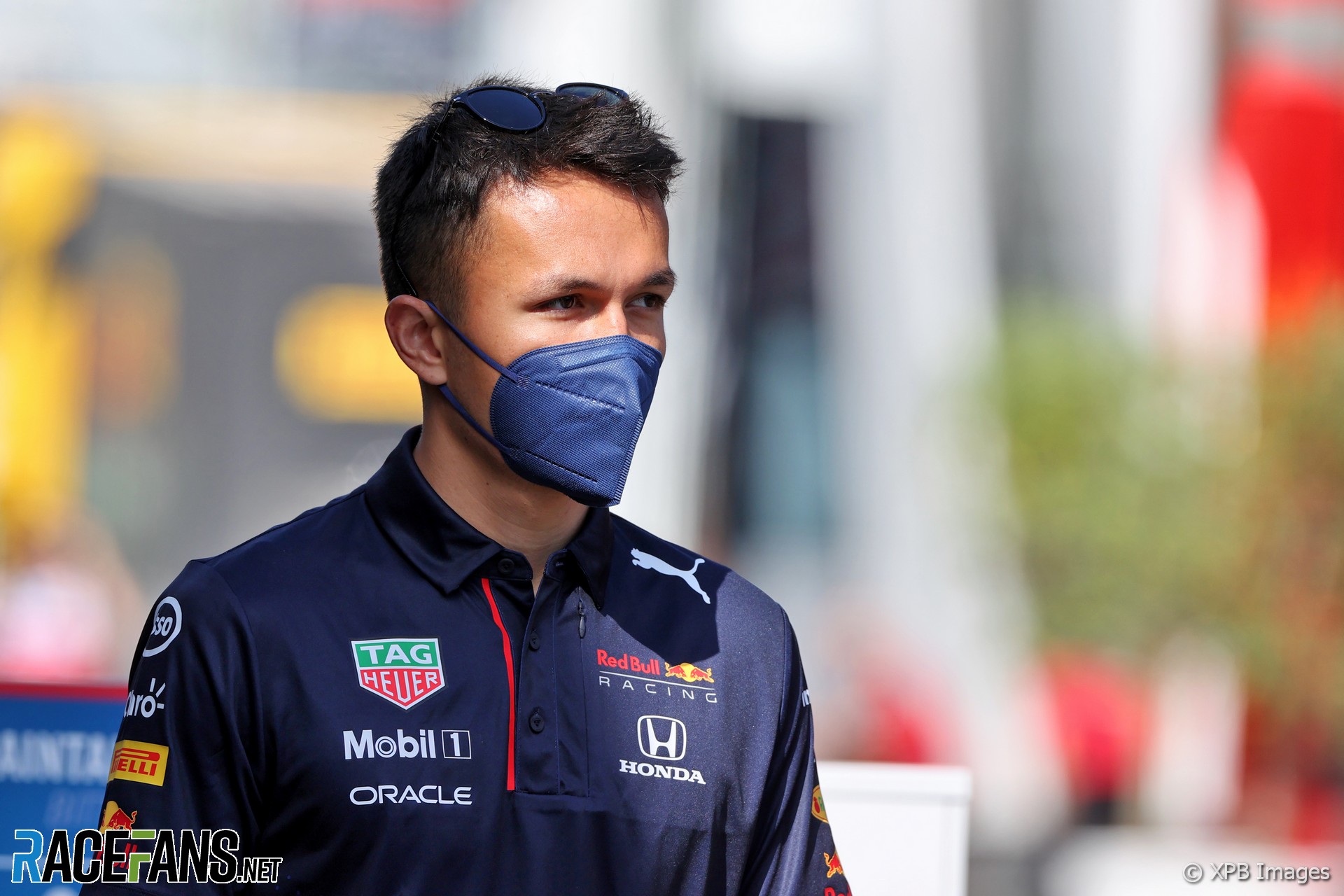 Red Bull is looking to place Alexander Albon at an “external team” next year and two have already shown interest in hiring him, according to Christian Horner.

Albon lost his drive with Red Bull at the end of last season. The team’s junior outfit AlphaTauri is expected to continue with Yuki Tsunoda and Pierre Gasly next year.

Therefore Red Bull is looking to find a place for him at another team. Horner said Kimi Raikkonen’s retirement and George Russell’s widely expected move to Mercedes may provide an opportunity.

“Alex deserves a seat in Formula 1 next year,” said Horner. “There’s quite a bit of interest in him for next year. We’ll do whatever we can to try and enable that. I hope that nothing prevents him from realising one of those opportunities.

“I think he’s a talented drivers and subject to George moving, now Kimi’s retiring, that does open up opportunities. I’m that will get resolved over the next week or so.”

Red Bull is “looking at external teams”, Horner confirmed, “so Williams and Alfa have both expressed interest.

“We’re keen to see him back racing in Formula 1 and hopefully that will get resolved over the next days.”

Horner did not rule out releasing Albon from his Red Bull contract if an opportunity for him to race in F1 next year arises.

“We want to see him race so we’ll accommodate whatever we can to ensure that he’s back in a race seat next year,” he said. “There’s always obstacles but he’s a lad that deserves an opportunity in Formula 1 next year and we’re doing our best to try and help him achieve that.”

Red Bull may offer a financial package to help secure a place for Albon in F1 next year, Horner confirmed.

“We’re trying to help him get a seat. I think he’s good enough that he doesn’t need to be taking a funding package with him but obviously we’re looking to enable that he gets a drive. So wherever we can help, we certainly will. Hopefully it can be resolved in the near future.”