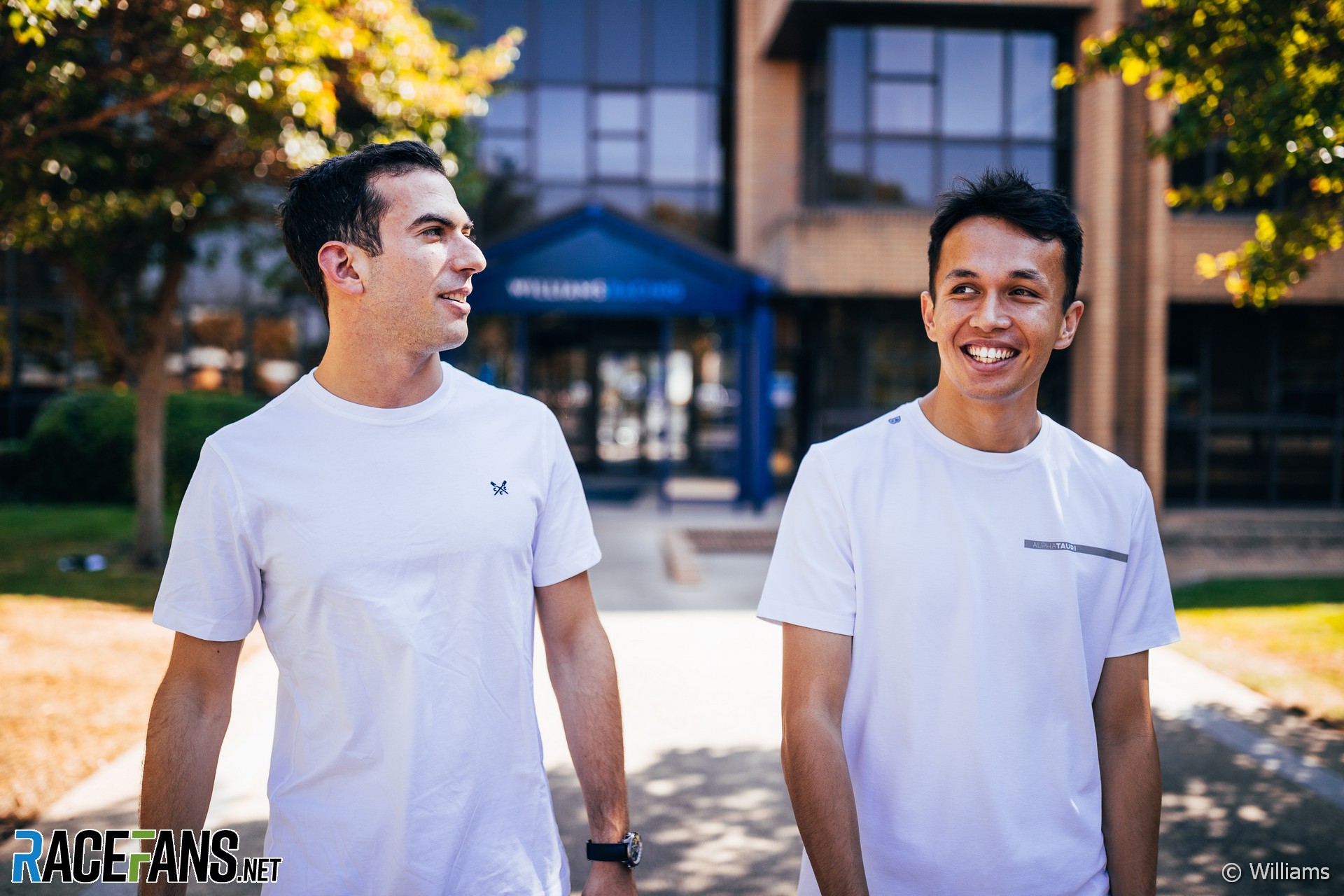 Williams CEO Jost Capito says he wanted to keep some continuity in Williams’ driver line-up next year after losing George Russell to Mercedes.

Following Russell’s departure Williams confirmed Alexander Albon will take over his seat while Nicholas Latifi will remain for a third season.

“It was a difficult decisions because there are a couple of really good and promising drivers out there,” Capito explained. “For us we finally got what is a combination of youth and Formula 1 experience, and also a really good fit in the team.”

Albon and Latifi previously drove together at the DAMS Formula 2 team in 2018. “They have a very good relationship,” said Capito. “At the stage where Williams is right now we have to make sure that we have a good relationship and communication between both sides of the garage and as they work together in the past they know each other. This was also something that was taken into consideration.

“With Nicky, of course, we wanted to have a continuation as well. I’m not keen on changing two drivers at the same time.

“And not just that, because Nicky is doing a really good job this year and is still improving. I think he can even be a step up next year.”

Latifi was hired by the team’s previous management before it was taken over by Dorilton Capital and Capito was installed in charge. The driver said the new administration’s decision to keep him was “definitely confidence-building.”

“I think the previous races spanning back to before the summer break, I feel the confidence has really been building on many fronts for many different reasons,” he said. “And it is showing on my performances in the car, the team is seeing that.

“When you when you have a new set of bosses and employers that you want to to impress, it definitely is nice from a personal point of view that that they see you, they believe in you and they’re willing to commit to you. Especially in what is going to be a very exciting year, a lot of unknowns.

“I think all teams will say the feedback from the drivers going into next year is going to be very, very important because you’re kind of starting fresh and it’s going to be a blank slate to kind of develop the car. So to have that confidence from the team is really nice on the personal side.”