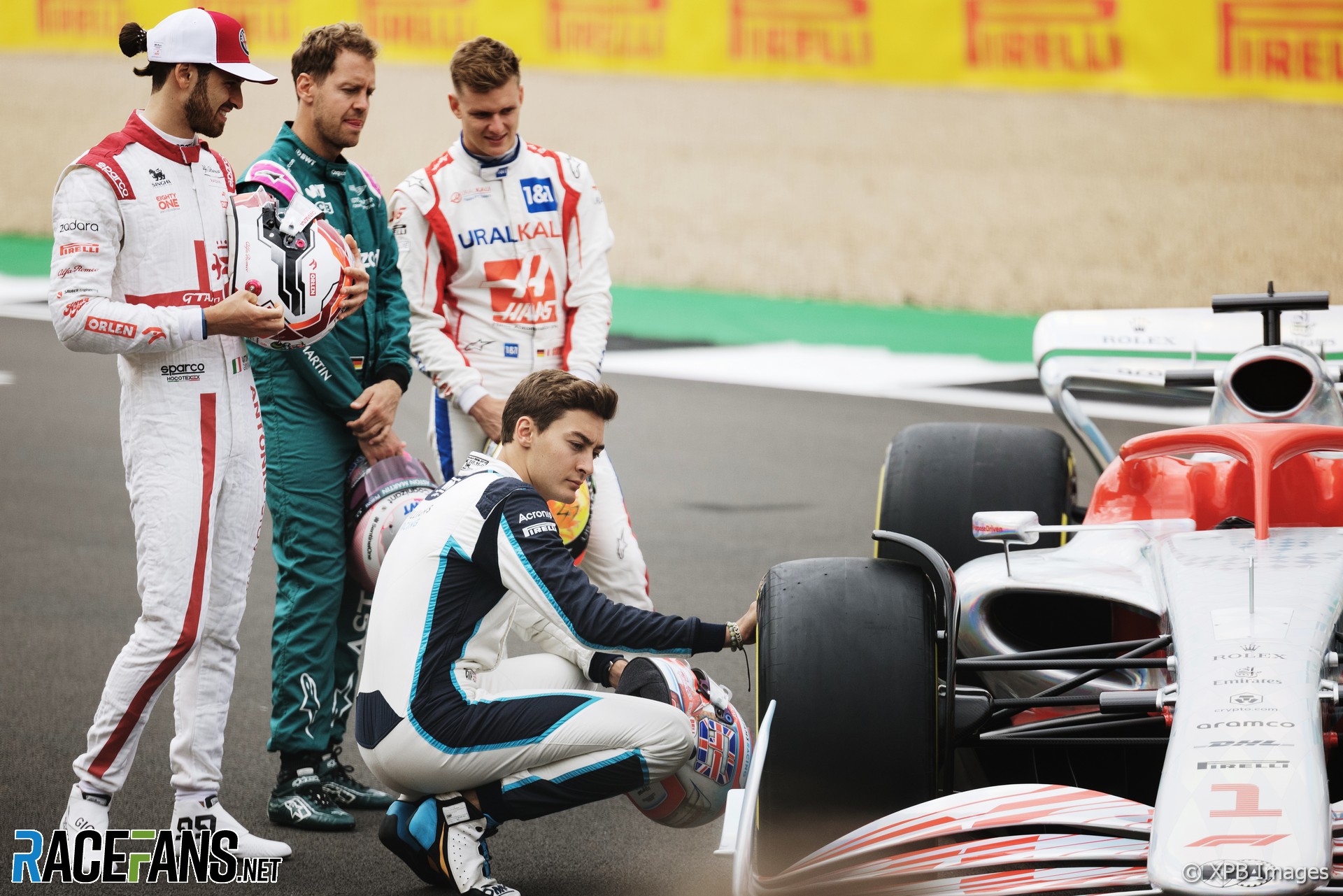 The drastic shake-up of the technical rules coming for the 2022 Formula 1 season are intended to address a problem which has plagued the series for decades. Namely, the difficulty drivers encounter when following other cars closely.

F1’s extensive research into the problem has produced a new philosophy for next year’s technical rules. This was evident in the strikingly different look of the show car presented by the championship at the British Grand Prix earlier this year.

The upper surface bodywork is being simplified in an effort to reduce the turbulent air generated by a leading car, allowing those behind to follow more closely. The rules even require teams to add bodywork which is specifically intended to help address this problem: This is why new strakes extend over the inside of the front wheels.

Changes like this don’t just come at a performance cost. They will make it harder for teams to tune the handling of their cars the way they like, and in turn make them trickier to handle.

“Even if all the teams are very creative, we will struggle to recover the authority we used to have on some specific aero characteristics as was the case,” Alfa Romeo’s technical director Jan Monchaux told RaceFans.

Much of the aerodynamic performance which is lost from the upper surfaces of the cars will be regained through the enlarged ‘tunnels’ underneath. But other changes will make the 2022 machines more of a handful for the drivers.

Next year’s cars are due to get significantly heavier again, rising from 752 kilograms to 790 (and a further increase is likely). A heavier car is less nimble, slower to change direction. Making matters worse, as much of this increase will arise from to the move from 13-inch to 18-inch wheels, the added weight is therefore unsprung, which will further compromise the vehicle dynamics.

“The tyres and rims getting much heavier,” said Monchaux. “The unsprung weight will also make the ride more complicated.”

The teams’ ability to use their suspension systems to improve the ride will be reduced by other rulebook revisions. In recent years F1 has outlawed some of the ride optimisation devices teams have developed, notably Mercedes’ Front Rear Inter-Connected (FRIC) suspension. Next year these will be even more drastically limited.

“There are some serious changes in terms of damping,” Monchaux explained. “No new hydraulic suspension any more, so all the topics related to ride worsen.”

While the power unit remains unchanged, the extensive alterations to the cars’ mechanical systems and aerodynamics will produce a machine which is “more difficult” to handle, Monchaux suspects.

The new cars for next season are such a departure from the current designs that it’s still not clear exactly what drivers will find when they hit the track next year, or how rapidly teams will be able to improve them. But there is a growing expectation that from the outset the cars of 2022 will be more unforgiving than their well-refined predecessors.

“I would think, all in all, if the cars have some specific characteristics less under control or not in such a large window as you used to have thanks to all the winglets, barge boards, et cetera, and the addition of the unsprung mass et cetera [and other] modifications to the regs, I would assume they might be a trickier to drive,” Monchaux concluded.

“Especially in the very windy conditions or some extreme conditions where having less tools to manage your wheel wake, you might not be able to fully recover the losses we have. But it remains speculative.