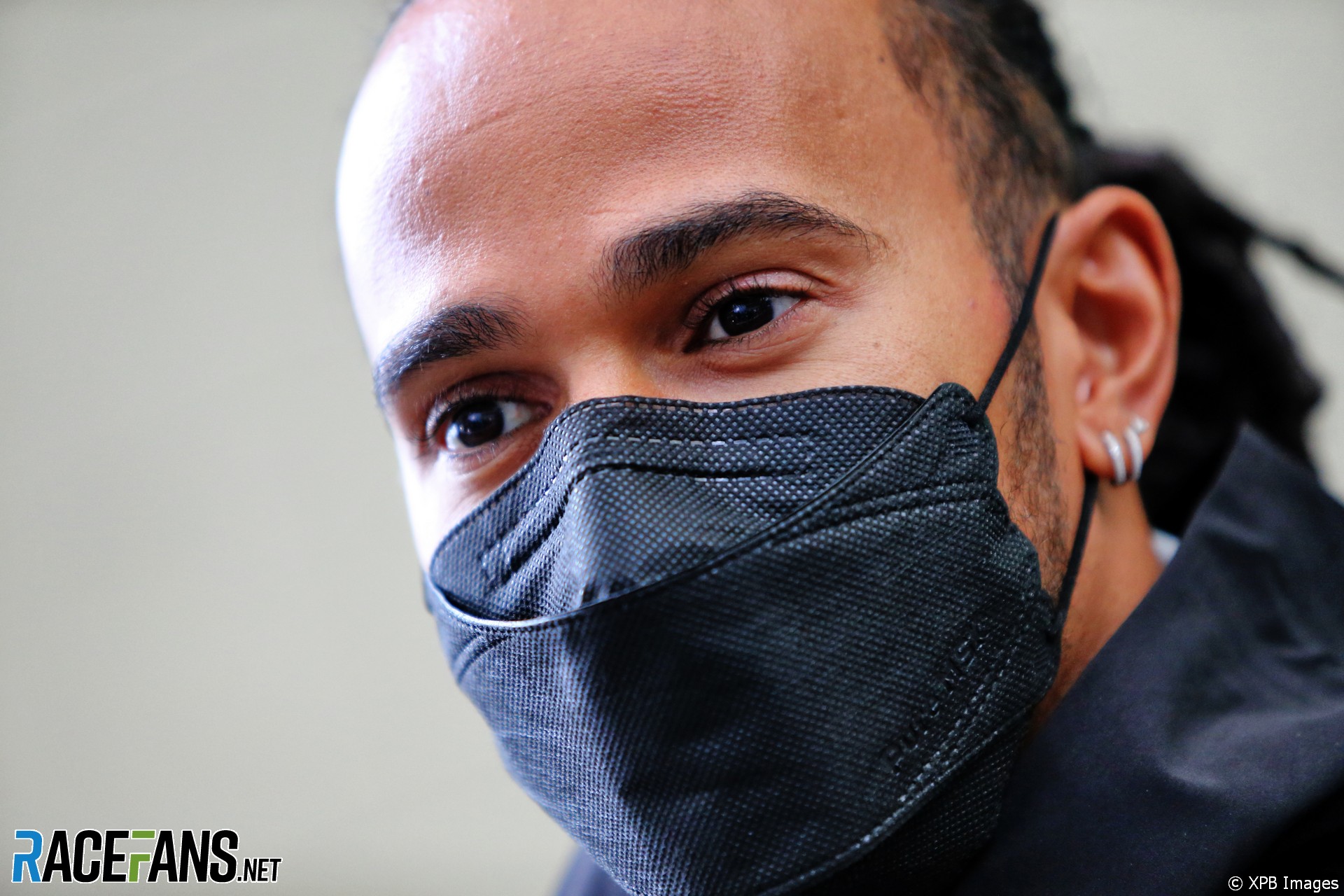 [raceweekendpromotion]Lewis Hamilton says Red Bull have clearly had the strongest car this year, and Mercedes have done well to stay close to them in the championship fight.

With four races remaining, Max Verstappen has won nine rounds to Hamilton’s five. The Red Bull driver leads his rival by 19 points, while Mercedes have a one-point lead in constructors’ championship.

Hamilton said the challenge he faces to reverse his deficit over the remaining races is “as steep as it can be.”

Verstappen was almost 20 seconds ahead of him in the closing stages of Sunday’s Mexico City Grand Prix, before backing off to take victory. “Their pace was phenomenal in the last race,” said Hamilton.

“They’ve had a strong car all year, they’ve had the strongest car, you can tell, obviously. So I think we’ve done as good we could.

“We’ll definitely be pushing this weekend to see if we can squeeze any more of the car. Last time here they were incredibly strong so we anticipate again, they’ll be very hard to beat this weekend. But when there’s a will, there’s a way, hopefully.”

Having dominated the 2020 championship, Mercedes have been less competitive this year following changes to the technical regulations. “This year, obviously, we’ve had our wings clipped, so it’s definitely been harder from an operational standpoint to maximise the car,” said Hamilton.

The W12 has been “a bit harder to set up this year” compared to its predecessor, he said. “It’s really difficult to explain, there’s too many elements to go into in terms of detail. It’s just a harder car to optimise.

“Some weekends it works, some weekends it doesn’t. To land on the ground with the simulations in the right place is just a little bit harder this year.

“But I think it’s similar for others. We saw in Austin for example the Red Bulls were quite far off and then all of a sudden they switched it around. But getting the maximum potential out of the car has been harder this year.”

If Verstappen beats him to victory this weekend, the Red Bull driver will be able to take the title by finishing second to Hamilton in all of the remaining races. But the Mercedes driver doesn’t believe winning this weekend is any more important than it was in previous rounds.

“Every race is a must-win race,” he said. “It’s been a must-win race since forever. Particularly since we came back from the break. But we’ve not really managed to be able to do so.”

57 comments on “Hamilton: We’ve done as well as we could against the strongest car”