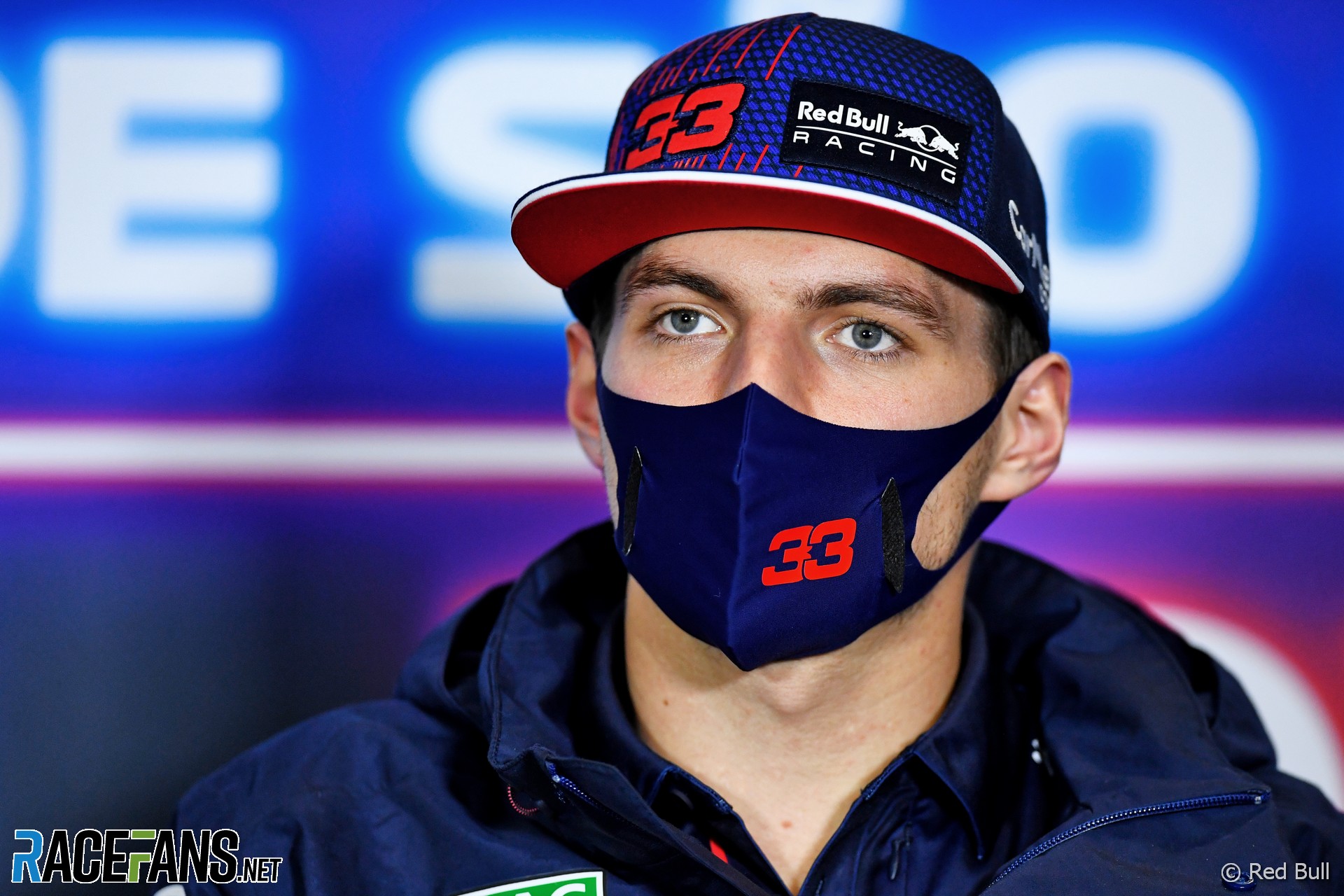 Max Verstappen says he’s savouring the chance to compete for the world championship for the first time in his career because he can’t be sure it will happen again.

The Red Bull driver holds a 19-point lead over Lewis Hamilton going into this weekend’s race at Interlagos.

He made his F1 debut with Toro Rosso in 2015 and won his first race for Red Bull after being promoted to the team the following year. But although he’s won races every season since then he hasn’t had a car which was capable of winning regularly enough to mount a bid for the championship until now.

Having a more competitive car is “the best there is,” said Verstappen. “Otherwise, it’s pretty depressing, if you know that you can’t win.”

“Of course you know when you get to Formula 1, you have to accept it,” he explained. “This is how Formula 1 is. Normally there’s only one or two teams that that can fight for a championship.

“But you hope that one day you get into a car where you can win, right? And as soon as you get into that car, it is very enjoyable.

“You’re happy, because how many times will you have this opportunity? You don’t know, maybe from next year onwards, you never get that opportunity again. So I’m just really enjoying the moment.”

Verstappen’s win in the last race at Autodromo Hermanos Rodriguez ensured no one else can claim more race victories than him this year. However he will take no consolation from being the season’s most prolific winner if he doesn’t win the championship.

“The only winner is the one who finishes on top,” he said. “It doesn’t matter how many races you win.

“So far I have had a great season. I’ve had a lot of wins, nice pole positions and exactly whatever happens at the end, it’s not going to change my life, I’ve said it many times. I’m just enjoying what I’m doing.

“Of course, I try to win the championship and we are looking good. But I also said a lot of things can happen.”