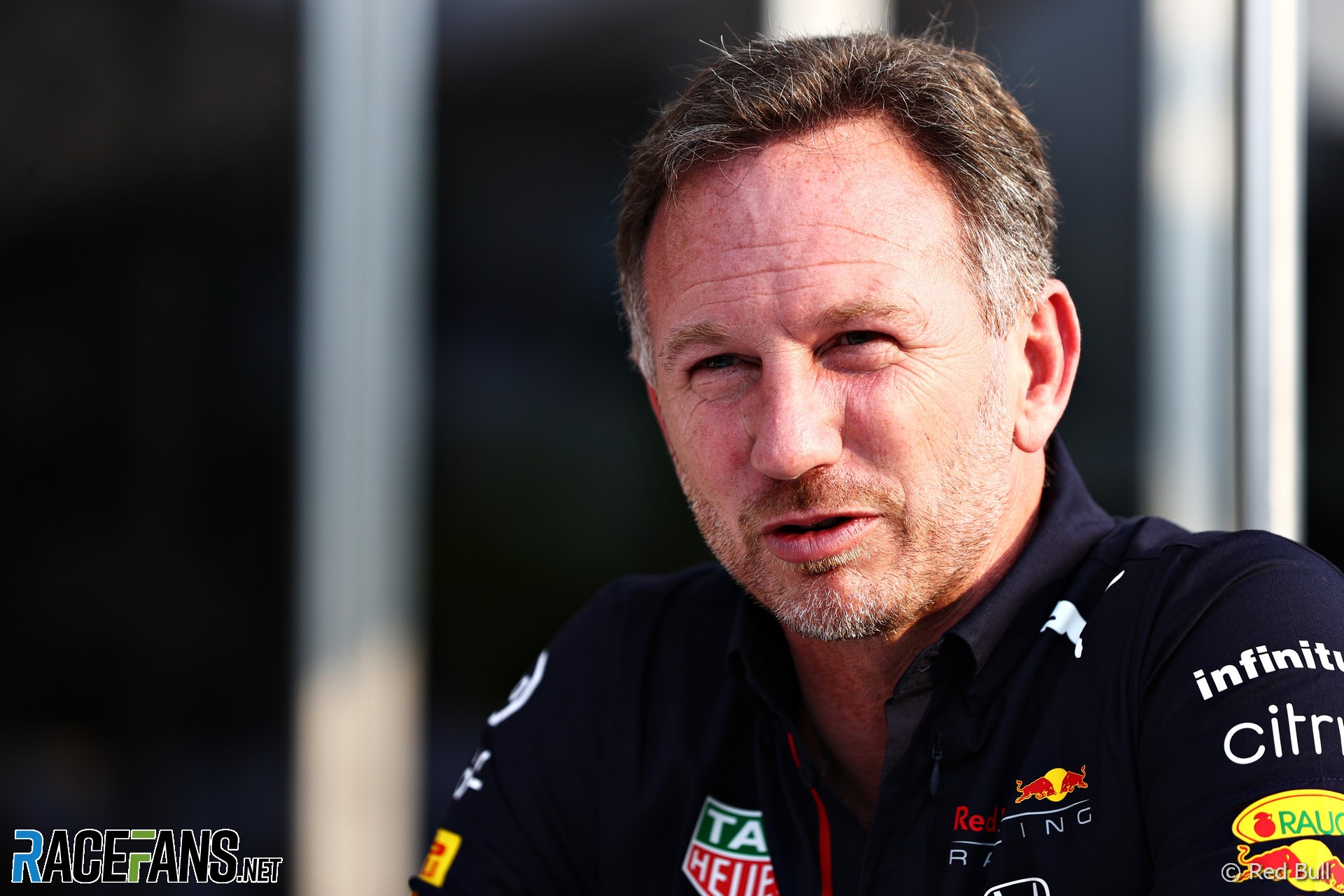 Red Bull team principal Christian Horner rebuffed suggestions the pressures of the championship fight are taking a toll on him after he was formally warned for criticising a marshal in Qatar.

Horner apologised after accusing a “rogue marshal” of displaying yellow flags in reaction to a stationary car at the end of qualifying at the Losail International Circuit.

The incident led to Max Verstappen receiving a five-place grid penalty. He lost more ground to championship rival Lewis Hamilton in the race, leaving the pair separated by eight points with two races to go.

Horner was also involved in a terse press conference with his opposite number at Mercedes, Toto Wolff, on Friday, during which the Red Bull team principal commented: “I don’t need to go to dinner with Toto, I don’t need to kiss his arse or anything like that, though there are a few other team principals that might.”

However Horner insisted he is not feeling under greater pressure amid the increasingly tense fight between Red Bull and Mercedes. “No, not at all,” he stated after Sunday’s race when asked about his comments on the marshal. “I think everybody has a right to an opinion. I gave an opinion.”

He said he had no regrets over his conduct and comments over the race weekend. “I believe in my team. I’m a straight talker. I’ve always conducted myself in that manner.

“I’m not an overly emotional person. I don’t rant at cameras. I think the way I’ve conducted myself I’ve got no issues with, I’d do exactly the same.

“The only issue was regarding any marshal is that if there was any personal offence taken for referencing a rogue yellow flag was not intended as any individual or the marshal. I don’t think it was unreasonable.”

However McLaren team principal Andreas Seidl believes some of the rhetoric from the title contenders has become too heated.

“I can only speak for myself, but if you watch everything which is ongoing at the moment, it is clear obviously there’s a lot at stake and it’s different to, say, the battles we are all in further back.

“Which is obviously great to a certain degree for the fans, for the show, in the end it should be entertainment as well. But I definitely think that some of the comments we’ve seen in recent weeks is definitely not something I could image would come from us in such a situation.

“It’s very important – it doesn’t matter if you fight for wins or if you are last – that you always keep your respect up for your competitors, for FIA, for Formula 1. We are all in this together this and it’s important to keep the respect up for the volunteers out there that help us in the end to do these race weekends.”