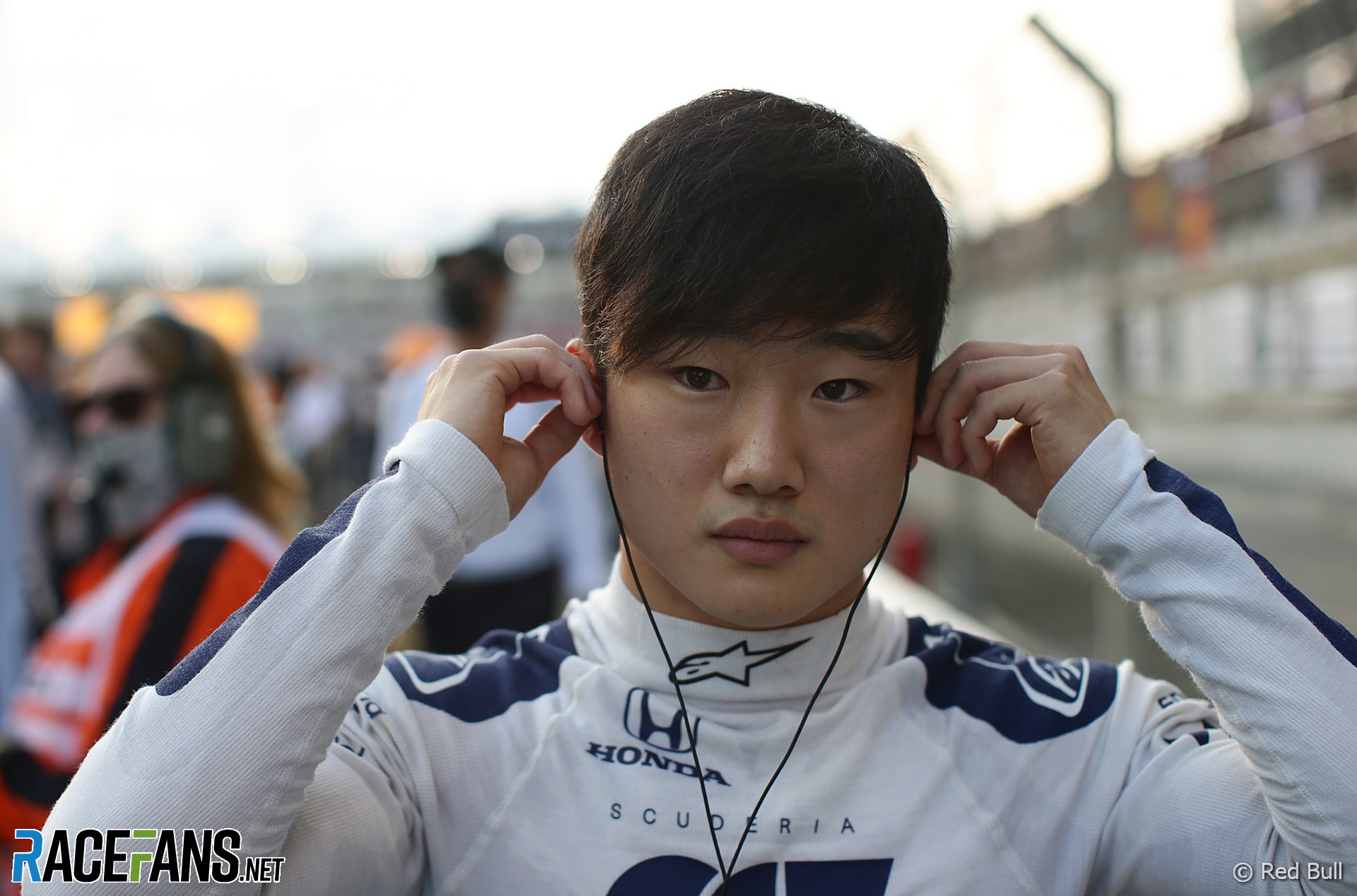 Yuki Tsunoda bookended his first Formula 1 campaign with the kind of performances which made it obvious why AlphaTauri have kept the faith in their latest newcomer.

But in between his points-scoring F1 debut in Bahrain, and signing off with a career-best fourth place in Abu Dhabi, there were many moments in which the team’s patience must have been tested by the Formula 2 graduate.

The number 22 AT02 crunched the barriers in qualifying at Imola and Paul Ricard in Q1, and again in Baku, though on that occasion he had reached Q3 for the first time. In total Tsunoda dropped out in Q1 – something which never happened to his team mate – eight times.

The aggravation this caused him early in the season was plain to see, notably at Circuit de Catalunya where he was critical of his car after failing to reach Q2. His frustrations tended to boil over on the radio.

His season began to improve later in the year with the guidance of one of his predecessors at the team, Alexander Albon. When the stars aligned, Tsunoda made occasional forays into the points. That qualifying effort in Baku led to seventh at the flag, and he capitalised on a day of retirements in Hungary to follow Gasly home in sixth place, despite a time-sapping spin.

But the regularity with which Gasly collected pointed reflected badly on Tsunoda. No driver took a smaller percentage of their team’s points haul. To be fair, no other driver was a rookie paired with an experienced racer, but we can only assess Tsunoda on the basis of the available results.

These might have been better without a few costly errors in races. He collected penalties for crossing the pit lane entry line in the Austrian Grand Prix (which was somewhat peculiar, as he’d raced on the track a week earlier) and spun at Istanbul after exhausting his tyres trying to keep Lewis Hamilton behind in the early stages.

As Tsunoda’s qualifying performances improved over the latter races, and with AlphaTauri locked in a contest with Alpine for fifth in the championship, the stakes rose when it came to wheel-to-wheel scraps for position. Some of his moves were on the rash side: He collided with Lance Stroll in Bahrain and was involved in a pair of incidents during the Saudi Arabian Grand Prix.

It came good in the last race of the season where, though arguably aided by the controversial restart arrangement, Tsunoda pounced on Valtteri Bottas to snatch fourth place on the final lap. The opportunistic move delivered a fully-deserved reward at the end of a season which on the whole had been very trying, but at least brought the promise of better days ahead.

What’s your verdict on Yuki Tsunoda’s 2021 season? Which drivers do you feel he performed better or worse than? Have your say in the comments. Add your views on the other drivers in the comments.