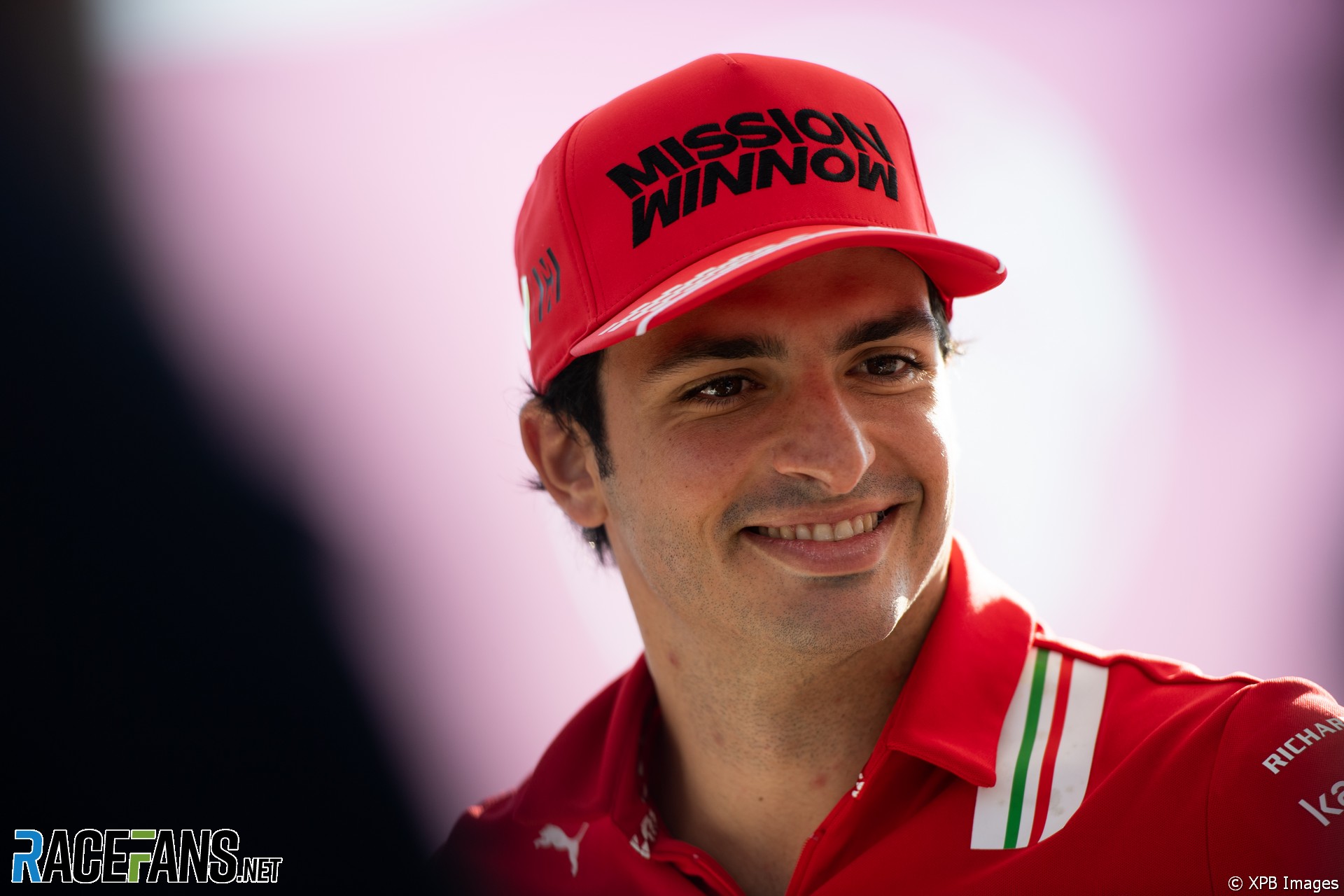 In his first year as a Ferrari driver, Carlos Sainz Jnr couldn’t match his team mate’s incredible feats over a single flying lap in the SF21.

But he often struck the balance between speed and aggression more successfully than Charles Leclerc and regularly brought his car home in the points. That, plus some misfortune for his team mate, allowed Sainz to nip ahead in the standings by the end of the season.

In our rankings, Sainz is top among the many drivers who had new cars to adapt to in 2021. This is probably thanks in no small part to his considerable experience of getting used to new teams: Ferrari was his fourth different home in the space of five seasons. Nonetheless it took Sainz a few races to show what he could do, and he made a few mistakes over the opening rounds, particularly when the conditions were less than ideal.

That was the case at Imola where he went off on his intermediates, though he was able to salvage fifth – three places higher he managed on his debut, where he collided with Lance Stroll. An early switch to medium rubber in Portugal did not pay off, and Sainz dropped out of the points by the end of the race. And although his qualifying crash in Baku was triggered by Yuki Tsunoda going off ahead of him, Sainz’s slip-up at turn eight in the race was all him, and left his Ferrari eighth at the finish.

However by then Sainz had already delivered his first podium for the red team, on a weekend where his team mate had taken himself out of contention. Sainz was dismayed at losing his chance to complete his final flying lap in Q3 at Monaco, where he felt pole position was within reach, when Leclerc smashed his car into a wall at the Swimming Pool. On race day, car problems took Leclerc out of contention, Valtteri Bottas got held up in the pits, and Sainz salvaged an excellent second place.

He had the beating of Leclerc on a dire day for the team in France, where both drivers fell backwards with tyre trouble. Sainz came in a disappointed 11th, but his second non-score of the year was also his last: Sixth next time out in Austria was his first of 15 consecutive points finishes. No driver finished in the top 10 on Sunday more often than he did.

It took a few more rounds for Sainz to become a regular in Q3, but that didn’t stop him reaching fifth in the second Austrian round (after passing Daniel Ricciardo) or recovering to an excellent sixth at Silverstone after being knocked sideways by George Russell in the sprint qualifying race. It didn’t look like he was on course for another podium in Hungary when he crashed in Q2, but following a first-lap shunt (which eliminated his team mate) Sainz wisely extended his first stint to jump Tsunoda and Nicholas Latifi, putting him on course for third place.

As the season wore on, Sainz increasingly shadowed Leclerc. He followed his team mate at Zandvoort – but succumbed to a bold pass by Fernando Alonso – and out-qualified him at Monza, before Leclerc muscled his way ahead at the start of sprint qualifying.

In Sochi, where Leclerc was taken out of contention by a power unit change penalty, Sainz was in great form, planting his car on the front row in a wet qualifying session before passing former team mate Lando Norris to lead. When the rain fell, Sainz timed his switch to intermediates carefully and duly bagged his third podium of the season. At Istanbul it was his turn to start from the back, but he put on a terrific show as he passed car after car for eighth place on a treacherously wet track.

The two Ferraris disputed the same piece of track more than once over the remaining races, and at times the team intervened to dictate their running order, as they did in Mexico. The pair also scrapped hard in Saudi Arabia, though in both races Leclerc emerged ahead. Sainz had the upper hand in Qatar, though – his passage to Q3 on mediums underlining the improvements he had made with his one-lap pace.

Sainz capped his season with a great drive in Abu Dhabi where he out-qualified Leclerc and was only narrowly beaten by Norris, whom he passed soon after the start before briefly holding off Verstappen during the pit stop sequence. The contentious final restart denied him an opportunity to attack the leading pair, but nonetheless Sainz delivered his fourth podium of the year.

Leclerc may have been the quicker driver more often during the year, but Sainz’s career-best fifth in the drivers’ standings was fully deserved.

What’s your verdict on Carlos Sainz Jnr’s 2021 season? Which drivers do you feel he performed better or worse than? Have your say in the comments. Add your views on the other drivers in the comments.