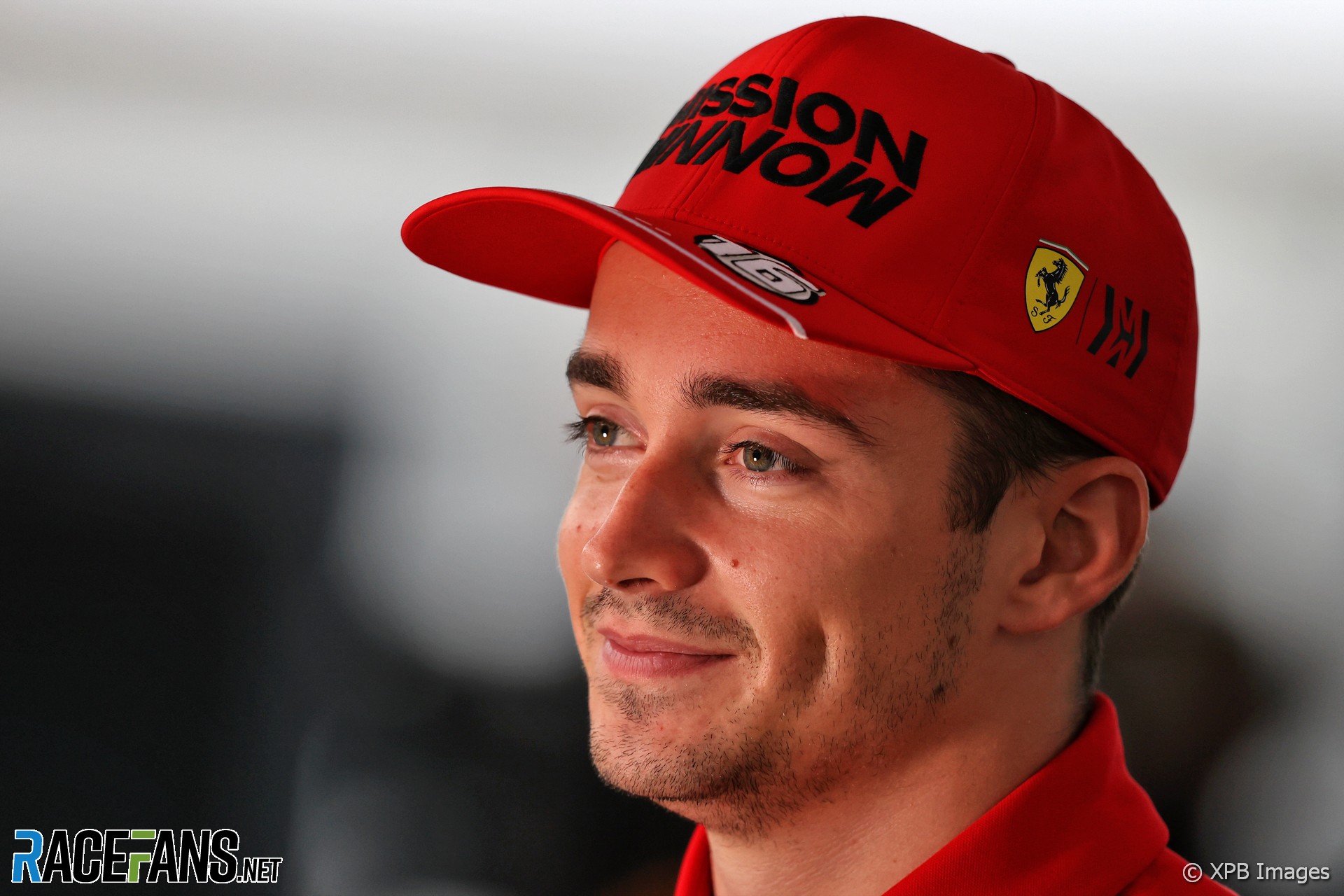 From his sole run in Q3 at the season-opening round in Bahrain, which secured him a place on the second row of the grid, Charles Leclerc demonstrated the higher level Ferrari had reached in 2021 following their disastrous campaign the year before.

Of the team’s two drivers, Leclerc was the one who hit that level most consistently. At Silverstone he came within three laps of delivering the victory which has eluded the team since 2019.

Nonetheless Leclerc ended the season behind his team mate Carlos Sainz Jnr in the points standings. This was in part due to some misfortune, but there were also times when he left points on the table.

Leclerc ran in front of where the car belonged in the opening stages in Bahrain, before the likes of Valtteri Bottas and Sergio Perez inevitably found their way past in much quicker cars, as did Lando Norris in his McLaren. The competitiveness of the Ferrari fluctuated over the coming races, so performances of this kind weren’t always possible, but Leclerc consistently gave a very good account of himself.

He got himself up to second at Imola but missed out on a podium finish after Norris passed him at a restart. Leclerc ran well in Portugal, passing Sainz, and was in great form at the Spanish Grand Prix, passing Bottas early on and taking the flag ahead of Perez in fourth.

Astonishingly, Leclerc then planted his Ferrari on pole position for the next two races. However he didn’t entirely cover himself in glory at home, smashing his car into a barrier on his final Q3 run. A pre-race technical problem meant he didn’t start. He did lead in Baku, but lost his advantage when he had to dart off-track to avoid a fallen branch. After falling behind Sebastian Vettel and Pierre Gasly, Leclerc took fourth again.

The triple-header of Paul Ricard and two races at the Red Bull Ring were largely disappointing for Leclerc. The team suffered poor tyre performance in the French round, and in the first Austrian race he was incredibly lucky to go unpunished for a first-lap tangle which ended Gasly’s afternoon. Leclerc’s subsequent recovery to seventh was excellent, however, and left him one place higher than he managed a week later, when he was twice forced wide by Perez.

When the championship contenders clashed at Silverstone, Leclerc’s fine qualifying and sprint qualifying efforts meant he inherited the lead. He was unable to stop Lewis Hamilton from taking victory but still came in second ahead of Bottas.

Remarkably, this was Leclerc’s only podium finish of the season: Sainz took three more, but notably had no fourth-placed finishes while Leclerc took six. Leclerc’s better finishes tended not to coincide with days when the quicker cars were uncompetitive. On at least one other occasion he was downright unlucky: This was the next race in Hungary, where Lance Stroll took him out at the start.

In Russia Leclerc received a power unit upgrade, which left him at the back of the grid, but provided a significant uplift in Ferrari’s performances over the remaing races. Even so, Leclerc had taken top-five finishes in the races which preceded it at Zandvoort and Monza (the latter despite being unwell in qualifying).

Leclerc’s recovery drive in Sochi was thwarted when he stayed out too long as the rain fell (a decision his team mate got right), dropping him out of the points. But four more top-five finishes followed, including three in which Leclerc’s car was the first home behind the Mercedes and Red Bulls. He was especially impressive at Circuit of the Americas, qualifying just a tenth of a second behind Bottas.

His one-lap pace caught the eye again in Jeddah where Leclerc lined up ahead of Perez. But at the preceding round in Qatar he thumped a kerb in Q1, cracked his chassis and was unable to progress from Q2. Nonetheless he recovered to follow Sainz home in the race.

Leclerc finished the season much as he began it, qualifying well and getting ahead of Bottas at the start in Abu Dhabi. Unfortunately on this occasion a VSC period did not play in his favour and he fell to an unusually low 10th at the finish.

Ferrari team principal Mattia Binotto’s estimate that Leclerc lost 40 points to misfortune during 2021 is a bit generous. But it’s not hard to imagine how easily he could have found the six points which would have moved him up from sixth to fourth in the final standings, and that position is arguably a fairer reflection of his sometimes under-rewarded efforts in 2021.

What’s your verdict on Charles Leclerc’s 2021 season? Which drivers do you feel he performed better or worse than? Have your say in the comments. Add your views on the other drivers in the comments.