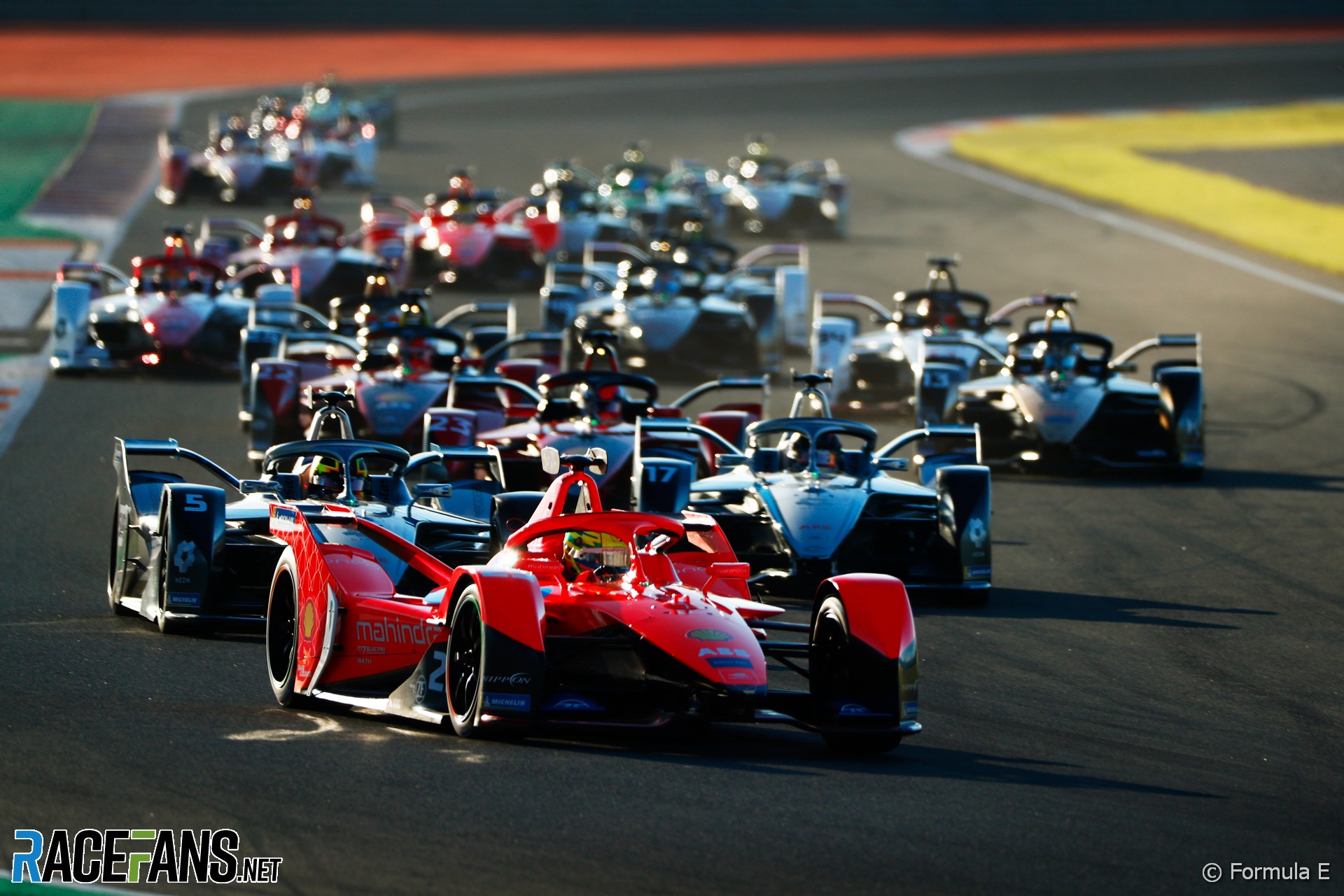 The 2022 season will be last for Formula E’s second generation of cars, before its new ‘Gen3’ package arrives next year.

It’s been a tough few years for many racing series. But it’s been an especially tricky time to be one whose modus operandi is going to city centres and getting right up close to people.

Formula E took the pandemic harder than, for example, Formula 1, as its season was already midway through when Covid hit in 2020. It was sent into an endless holding pattern of cancelled and rescheduled races as things shut down.

At the time, Formula E was having its strongest year yet, bolstered with new entries from major manufacturers at Porsche. But a damp squib season ender with six races in total seclusion at Berlin Tempelhof saw momentum slip away.

It kept slipping during a nine-month gap between seasons before a double-header-heavy, event-sparse calendar. Formula E’s first world championship year was marred by farcical energy rules at races that people did know about and all too frequently, a lack of audience compared to its better-publicised peers.

A press release last year announced Formula E had recovered 32% of its television audience, compared to the pandemic-wracked season, last year to get 316 million viewers over its 15 races. That indicates the 2020 season must have had just 239 million viewers, heavily weighted to the first five races. Compared to the season that ended in 2019, which had 411 million, Formula E needs to recover not just energy from the brakes but its own sense of narrative and audience to have any hope of keeping moving forwards.

For the 2022 season (season eight, by the series’ own naming process) there’s a lot riding on it. Gen2 was, initially, a success. By eliminating the mid-race car swap, Formula E gained credibility at the same pace it did manufacturers. However, ironically, the process of electrification in the automotive industry – alongside a global pandemic and chip shortage affecting automaker profit margins – has also hurt it badly as Audi, BMW and then Mercedes withdraw.

What could have been the end of a triumphant era instead returns to something FE’s much more familiar with, territory-wise: being a scrappy underdog, needing to work hard and radically adapt, trying to prove itself.

A new qualifying format has been introduced to address the tendency of the previous one to create a spread field, over half the drivers fighting for the title by the final race last season. A new rule has also been introduced to prevent a repeat of last year’s absurd, energy-starved crawl to the finish line at Valencia which showed electric vehicles at their least convincing: instead of removing a one kilowatt-hour of energy from the available allowance for every minute behind a safety car, instead a minute will be added to the race’s overall run time of 45-minutes-plus-one-lap.

One team has dropped out: ABT, which had acted as a vehicle for Audi in the series and been one of the most consistently strong contenders. But there are still 11 on the grid, Envision carrying on with the Audi powertrain and Andretti continuing with its BMW one. Mercedes are staying as a factory outfit to defend both world titles and while the manufacturer won’t continue Gen3, it remains to be seen what will become of its team, and most of the grid is committed to going forwards some new manufacturers.

Andretti also has a refreshed line-up as former McLaren IndyCar driver Oliver Askew joins alongside last year’s standout rookie Jake Dennis. Max Günther, one of the stand out talents to have come into the series straight from Formula 2 (alongside Mitch Evans and current champion Nyck de Vries) has gone to stack up against 2016 champion Sebastien Buemi at Nissan e.Dams. Meanwhile 2017 winner Lucas di Grassi has had to find himself a new home at Venturi, his first ever team move in Formula E.

FE is not standing still, the urgency of where it’s ended up too obvious to ignore. New venues (Vancouver, Seoul and Jakarta this year, a confirmed race in Cape Town and prospective race in Hyderabad for Gen3) are still being added and the Gen3 rules have been unveiled for the future.

But Formula E has to deal with its problems in the present. “This season needs to be a very good season for Formula E to bounce back,” said di Grassi – who was Formula E’s first employee, as well as one of two drivers to have competed in every race so far – “because the pandemic really hit Formula E quite hard because we race in the middle of cities and cities were in lockdown and difficulty to organise and so on.

Comparing the end of Gen1, when excitement for the batmobile-like Gen2 car reached a fever-pitch as Jean-Eric Vergne sealed his first title, in New York, Di Grassi said that back then “there was a lot of hype for the future. Everything was much smaller, was much more amateur in a way because it was the start of something. But there was a lot of good feeling for the future, how big it would become. People who were there knew in three years we were going to be massive and there will be more manufacturers and more cities and it happened.”

After that pandemic-struck sixth season in which “we had six races in one place without spectators”, Di Grassi is hoping the upcoming season, and the arrival of Gen3, will mean a “fresh start” for Formula E.