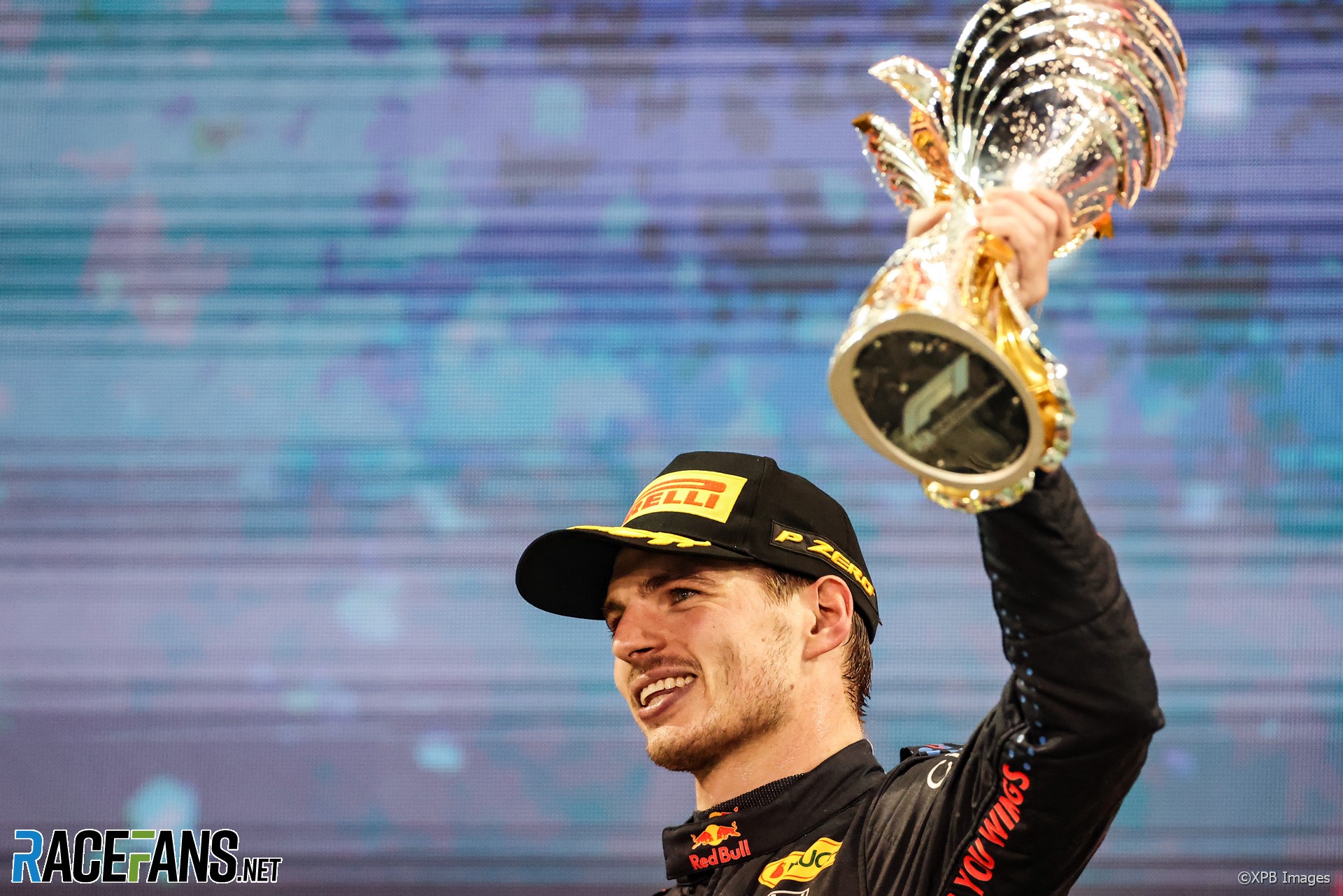 Red Bull finally produced a car capable of toppling Mercedes from their position at the top of Formula 1 in 2021, and Max Verstappen never looked anything less than utterly committed to taking full advantage of the opportunity.

Despite that, his championship hopes appeared to be over as the final laps ticked away at the last round of the season. Verstappen had won nine races up to that point (one of them the half-points, one-lap washout at Spa) but Lewis Hamilton was poised to equal that and edge ahead in the standings. Then came that controversial, title-deciding twist in the tale.

A season-opening win got away from him more due to the timing of his first pit stop than his unsuccessful re-pass attempt on Hamilton. Verstappen made amends at Imola where, following his only qualifying defeat to team mate Sergio Perez all year, he shot into the lead at the start, elbowing Hamilton aside, and never looked back (though he got his RB16B rather too sideways at the restart).

The Mercedes cars had pace in Portugal and Spain, where Verstappen had to give best to Hamilton, though he made life more difficult for himself with track limits errors at Autodromo do Algarve. But Red Bull held sway over the next five races, and Verstappen nearly won all of them.

In Monaco he qualified second but inherited pole position following Charles Leclerc’s crash at the Swimming Pool (an error Verstappen committed three years earlier) and romped to victory. But after he got ahead of Leclerc and Hamilton to lead in Azerbaijan, his left-rear tyre failed six laps from home.

The next three races all fell to Verstappen. He went off at the start in France but sharp Red Bull strategy teed him up to pass Hamilton for victory, and he was never headed in the two Austrian rounds.

After beating Silverstone pole winner Hamilton to sprint qualifying victory, Verstappen’s lead over his rival stood at 33 points. But he remained unwilling to give any quarter to his rival, and, as the pair furiously disputed the lead on the first lap of the grand prix, contact was made, and the Red Bull came off worse. Victory for Hamilton slashed Verstappen’s lead.

Worse followed for Verstappen in Hungary, where he was blamelessly eliminated in a first corner collision. In the space of two races, Hamilton had displaced him at the top of the table.

Verstappen set about rebuilding his advantage at Spa, where he out-qualified Hamilton and reaped the reward when the race was effectively rained off. He treated his home fans to a majestic display at Zandvoort: Without the support of his team mate, who was eliminated in Q1, Verstappen saw off both Mercedes for a hugely popular win.

He was back in the championship lead, and that meant it did less harm to his points situation when he landed on top of Hamilton in a low-speed collision at Monza, having gone into the corner behind his rival. From the back of the grid in Russia (due to a power unit change penalty, a legacy of the Silverstone crash) he made it up to sixth and was doomed to lose the points lead to Hamilton again. Then rain fell and Verstappen nailed the timing of his switch to intermediate tyres, lifting himself to a superb second behind his title rival, limiting his points deficit to just two.

The next three races proved critical to Verstappen’s title win as he eked out enough of a lead to withstand Hamilton’s later end-of-year charge. While Hamilton took an engine change penalty in Turkey, Verstappen collected a useful second behind Valtteri Bottas. The points leader took a superb pole position at the Circuit of the Americas and fought back after losing the lead to Hamilton at the start to win. Mexico was more straightforward: After picking off the Mercedes pair at the start, he cruised home to win.

Brazil presented an opportunity for Verstappen to extend his points lead further as Hamilton was constrained by starting at the back in sprint qualifying. But the Red Bull driver came under attack from the Mercedes late in the race and, surprisingly, was allowed to keep his lead after running wide and taking Hamilton with him. If Verstappen was unlucky at times in 2021, he was also fortunate race control responded in such a toothless fashion to some of his antics.

As Hamilton and Mercedes cranked up the pressure, Verstappen was digging ever deeper. A great lap in Qatar put him second on the grid, though he was penalised for failing to slow for yellow flags. He came within one corner of a superb pole position in Jeddah, but the race was an unedifying spectacle, and again some of Verstappen’s rivals wondered why his brake-test on Hamilton received no more than a 10-second time penalty.

He set himself up for a crack at the title in Abu Dhabi with a tremendous lap for pole position, but was immediately beaten off the line by Hamilton. That might have been the end of it, but race control’s increasingly unfathomable decisions intervened again.

The notorious restart decision which followed gave Verstappen an unexpected, open-goal shot at winning the title, one he was never going to miss. But while Hamilton was undoubtedly hard done by in that moment, to allow that baffling piece of officiating to taint Verstappen’s championship win would not be a fair reflection on his efforts over the season. Over 22 races, it was undoubtedly a title-worthy performance.

What’s your verdict on Max Verstappen’s 2021 season? Which drivers do you feel he performed better or worse than? Have your say in the comments. Add your views on the other drivers in the comments.