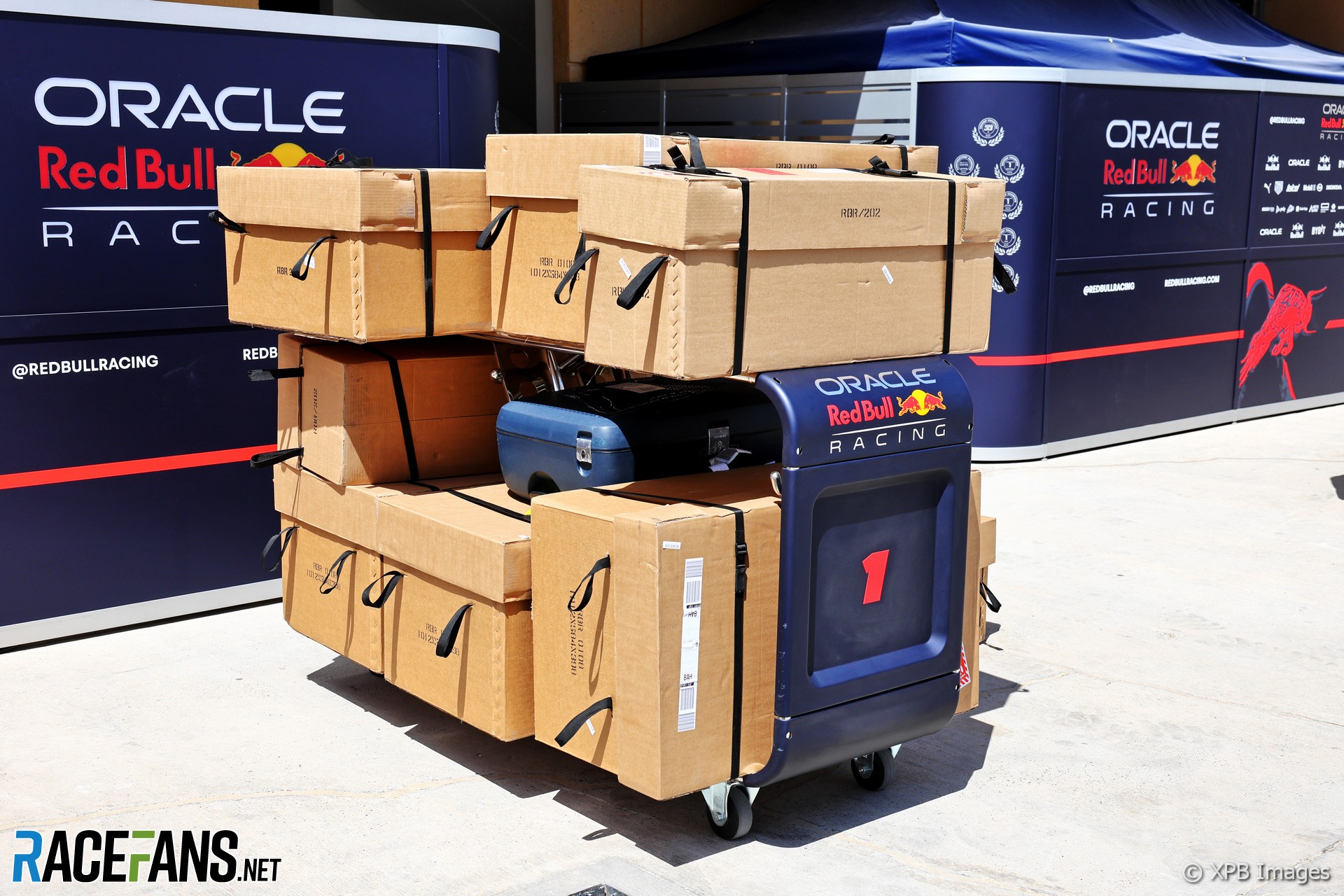 The soaring cost of transporting freight around the world will hit all Formula 1 teams equally, Haas team principal Guenther Steiner has said.

F1 teams send up to 50 tons of freight worldwide per year. However shipping costs rose sharply last year due to the pandemic, while British teams faced added complications due to the country’s withdrawal from the European Union.

Russia’s invasion of Ukraine earlier this year has further contributed to rising costs of transportation. This presents an added challenge for teams, whose spending is restricted by F1’s budget cap.

“It’s going up and every time you speak about it, it’s getting higher,” said Steiner in response to a question from RaceFans. “So at some stage we need to get into real numbers.

“Obviously these things you just have to manage as they come along. Everybody is faced with the same issue so I think it’s a problem for everybody. Nobody’s got a disadvantage as long as everybody gets the increase, which everybody does.

“We just have to deal with it and then see how you can navigate to get to the end of the season with the budget intact and in a place where you want it to be.”

F1 is not being complacent about the threat of rising freight costs, said Steiner. “I think F1 takes it seriously but it’s one of these scenarios you cannot really control,” he said.

“We all know that it’s difficult now, especially with the invasion of Ukraine, I think there’s a lot of cargo planes out of service now because of the sanctions to Russian companies, because they were running or flying a lot of the cargo planes. So it’s not getting any easier. And also the ships, we now know that that there is difficulties there.

“I think F1 is taking it really seriously. It’s just one of these things which are out of control, as long as you don’t [have] your own planes you are always counting on other people to help you out. So hopefully we can get through it and they put a lot of effort in. But I think in the moment nobody’s got a guarantee of anything getting at the right place in the right time.”