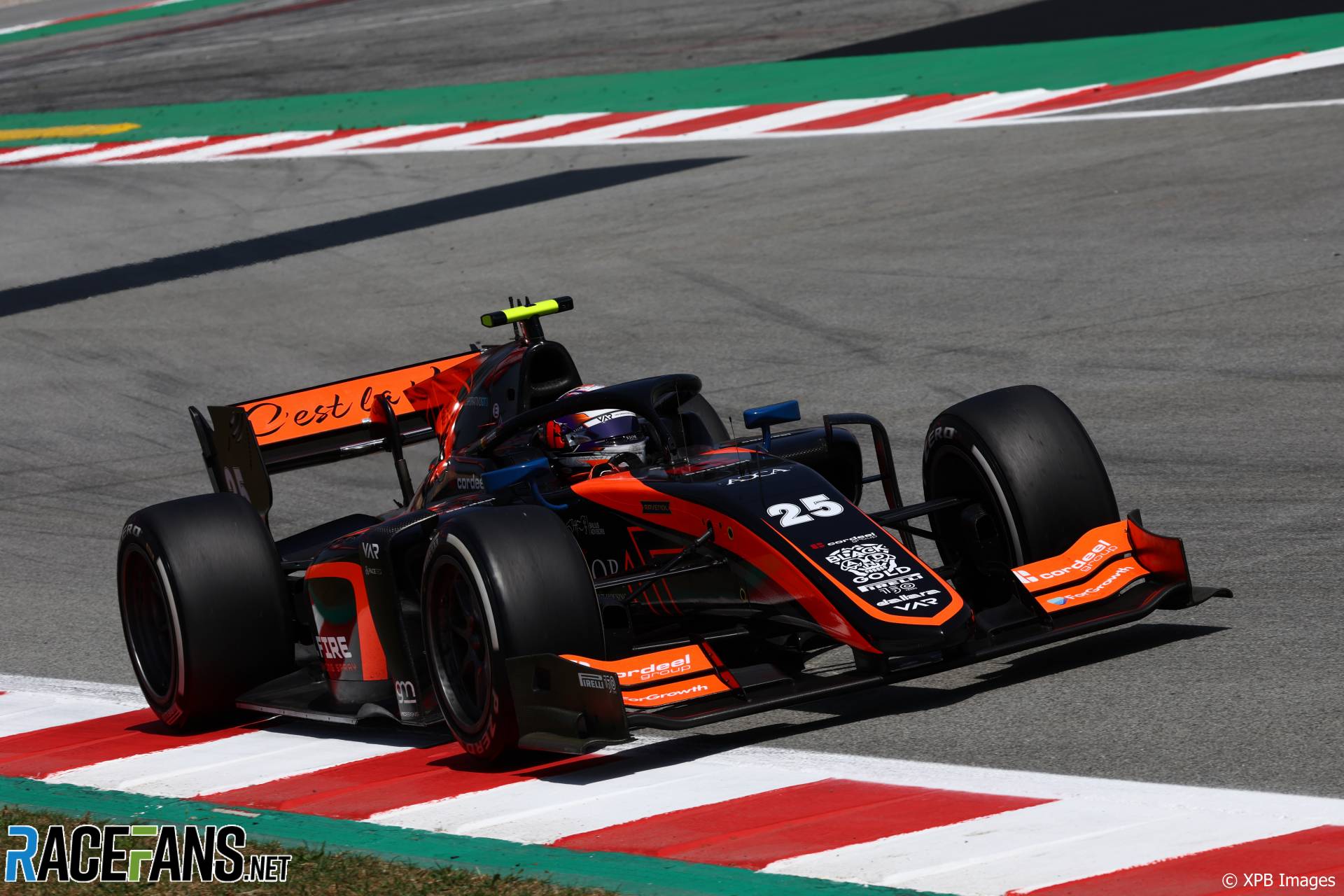 Formula 2 driver Amaury Cordeel will receive an automatic ban if he collects one more penalty point over the 21 remaining races this year.

The Van Amersfoort driver has reached a total of 11 penalty points over the course of just seven races so far.

He was already on nine prior to the first of this weekend’s two races in Barcelona today. He was issued a further two penalty points for being out of position prior to the start of today’s race.

Drivers are expected to be in grid order by the time they cross safety car line one, which Cordeel failed to do after getting away slowly from his 15th-place grid spot. If drivers are not in their correct order at that stage, they must enter the pit lane to start the race, as Calan Williams was forced to do after stalling in the pole spot.

Cordeel was issued a 10-second stop-and-go penalty and two penalty points, bringing his total to 11. Should he reach or exceed 12, he will be immediately excluded from the next event.

His penalty points tally has been largely accrued by failure to follow race control’s instructions.

Having incurred no penalty points at the opening round in Bahrain, Cordeel was given four for a single offence in Jeddah. He was found not to have slowed sufficiently for double yellow flags and a red flag during qualifying.

The stewards warned Cordeel and the Van Amersfoort Racing F2 team, both of which are new to the championship this year, to improve adherence to flag warnings.

At the time of issuing the penalty, stewards agreed that it was possible Cordeel’s team had not relayed warnings about track limits to him in time for him to realise his error. However, it also warned that “it was his sole responsibility to drive the car within the track limits and that “repeated offences may bring into question his ability to control the car.”

The last F2 driver to be banned from a round was Mahaveer Raghunathan, who collected enough points to incur two bans over the course of the 2019 season.