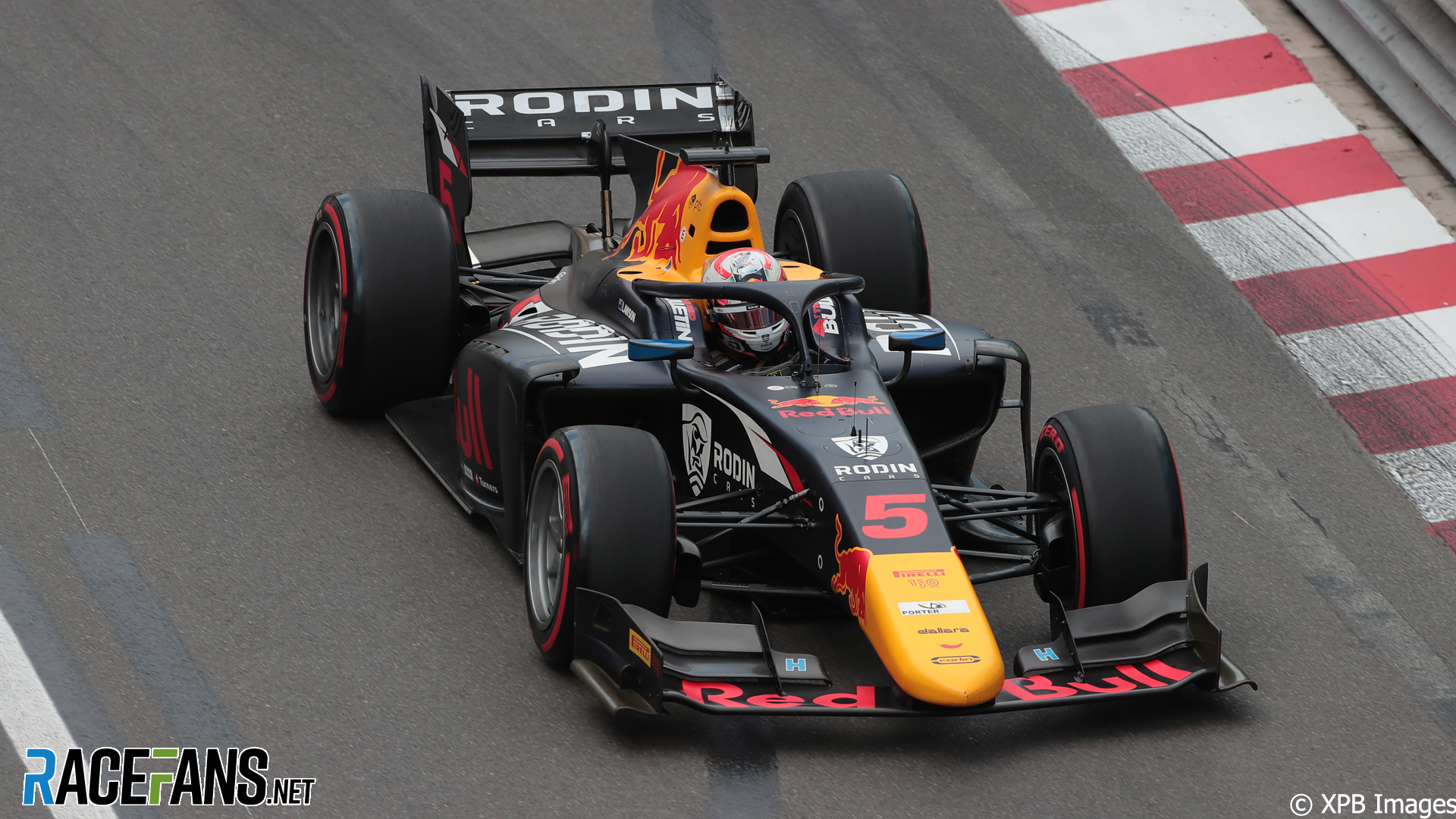 Liam Lawson has lost pole position for this weekend’s Formula 2 feature race in Monaco after being penalised for failing to slow sufficiently for yellow flags.

Lawson, Ayumu Iwasa and Jack Doohan were all placed under investigation for improving their times under yellow flag, immediately following the session. Lawson and Iwasa were penalised, while Doohan was cleared.

The stewards ruled Lawson “did not noticeably reduce his speed in the sector where the yellow flag was displayed for the stranded car 11 [Drugovich].

“His mini-sector time was only 0.012s slower than his best time of that mini sector. During the hearing, the driver furthermore admitted that he saw the yellow flags and the yellow light panel at Marshal Post 20A. As it was not evident that the driver had reduced speed, the stewards impose the above penalty.”

Speaking to media immediately after the session, Lawson had said he felt there was nothing he could do to slow his time significantly, with Drugovich having crashed and been stranded on the approach to the start/finish line.

“Where Felipe was parked, we couldn’t see basically until we got all the way around to the line. And at that point we’re 30 metres from the finish line. So I basically left a lot of space and drove around him.”

Lawson will face a five-place grid penalty for the sprint race and has two penalty points added to his license, while Iwasa has been further penalised with a 10-place grid drop and three points added.

The stewards ruled Iwasa “did not reduce his speed significantly and did attempt to set a meaningful lap time. The driver did not abandon the lap.

“During the hearing, the driver furthermore admitted that he had not seen the double waved yellow flags and the double yellow light panel at Marshal Post 20A, although these were clearly in his line of sight. As it was evident that the driver had attempted to set a meaningful lap time, the stewards impose the above penalty.”

Doohan, the third driver investigated was cleared and allowed to keep his qualifying time, as he did not set a personal best last sector and was seven-tenths of a second off his best time through that section.

Drugovich is therefore promoted to pole position for Sunday’s feature race. Hughes takes pole for the partially-reversed grid sprint race on Saturday, with Lawson 11th and Iwasa 20th after their penalties.

Amaury Cordeel, who is on the brink of a race ban having accrued 11 penalty points, was also given a reprimand for driving through the Charouz pit box and hitting a stand of spare front wings.