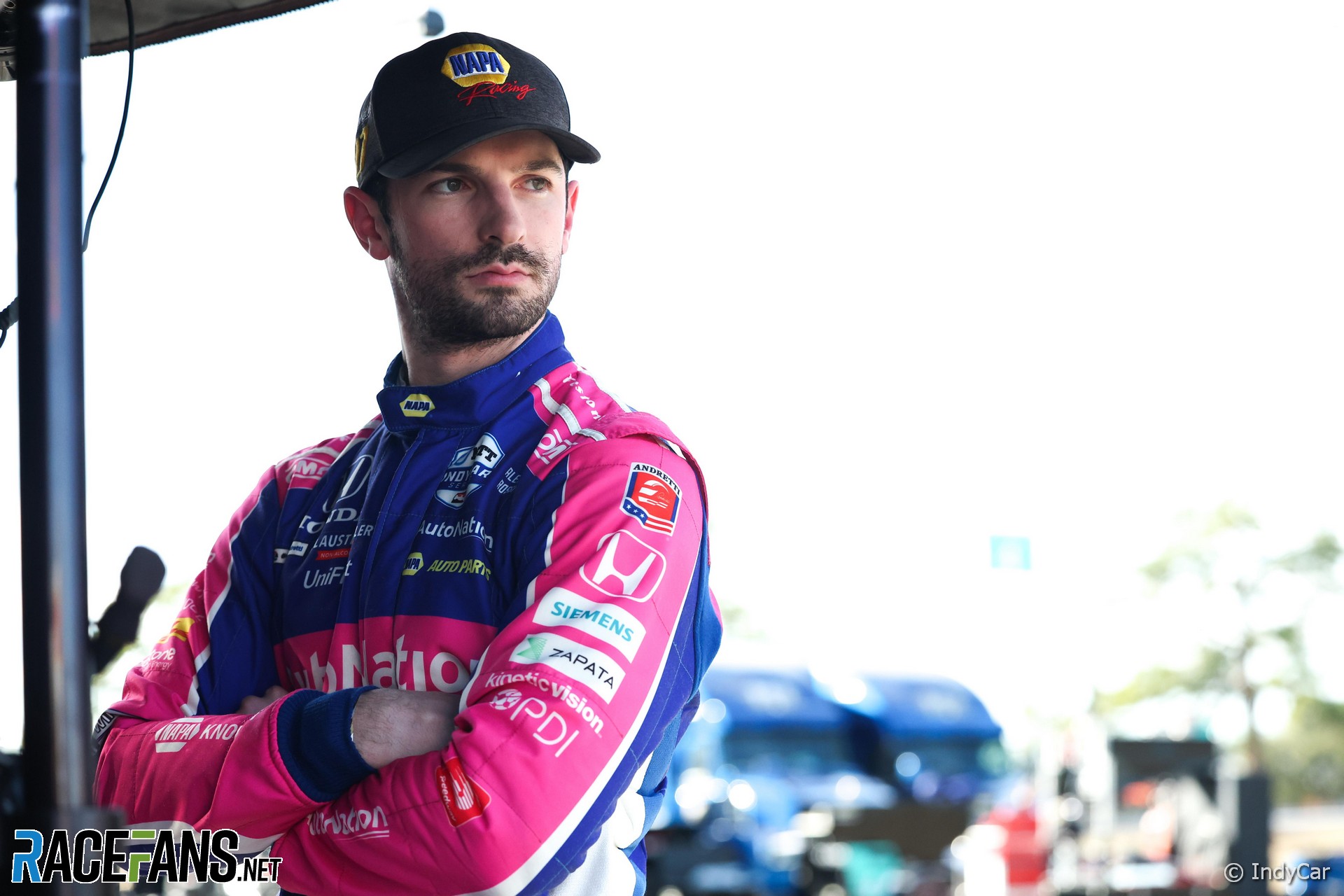 Alexander Rossi will join McLaren SP for 2023 following his departure from Andretti, which was announced yesterday.

The seven-time IndyCar race winner will join McLaren’s team and race alongside Patricio O’Ward, who recently signed a contract extension with the team until the end of the 2025 IndyCar championship.

Former Manor F1 driver Rossi has raced with the Andretti team since joining the series during the 2016 season. He won the 100th edition of the Indianapolis 500 as a rookie that year.

The American driver has claimed a further six race victories in IndyCar since his Indy 500 win, the most recent coming at Road America in the 2019 season. He currently sits in 11th place in the IndyCar standings, on 141 points.

Rossi says he is looking forward to racing for “another one of motorsport’s biggest names – McLaren.”

“First, I want to thank everyone at Andretti Autosport for an incredible seven years,” Rossi said. “It has been a great ride with an awesome team, and it has been an honour to race for the Andretti name and for Michael for so long.

“The time has come for a new challenge, with a team that is growing in the sport. I look forward to contributing to the development of McLaren SP and helping them reach the top. I see the commitment this team has to each other and to me, and I’m looking forward to getting started.”

“It is essential that we put the right talent in place, both inside and outside the car, so we can consistently compete for championships and race wins as a team,” said Brown.

“He is someone we have had our eye on for some time and we’re excited to see what he’ll do as a part of McLaren SP.”

The future of McLaren SP’s current driver, Felix Rosenqvist, is yet to be confirmed. However, Brown has previously indicated that he would like McLaren’s IndyCar programme to grow to three full-time entries by the 2023 season.