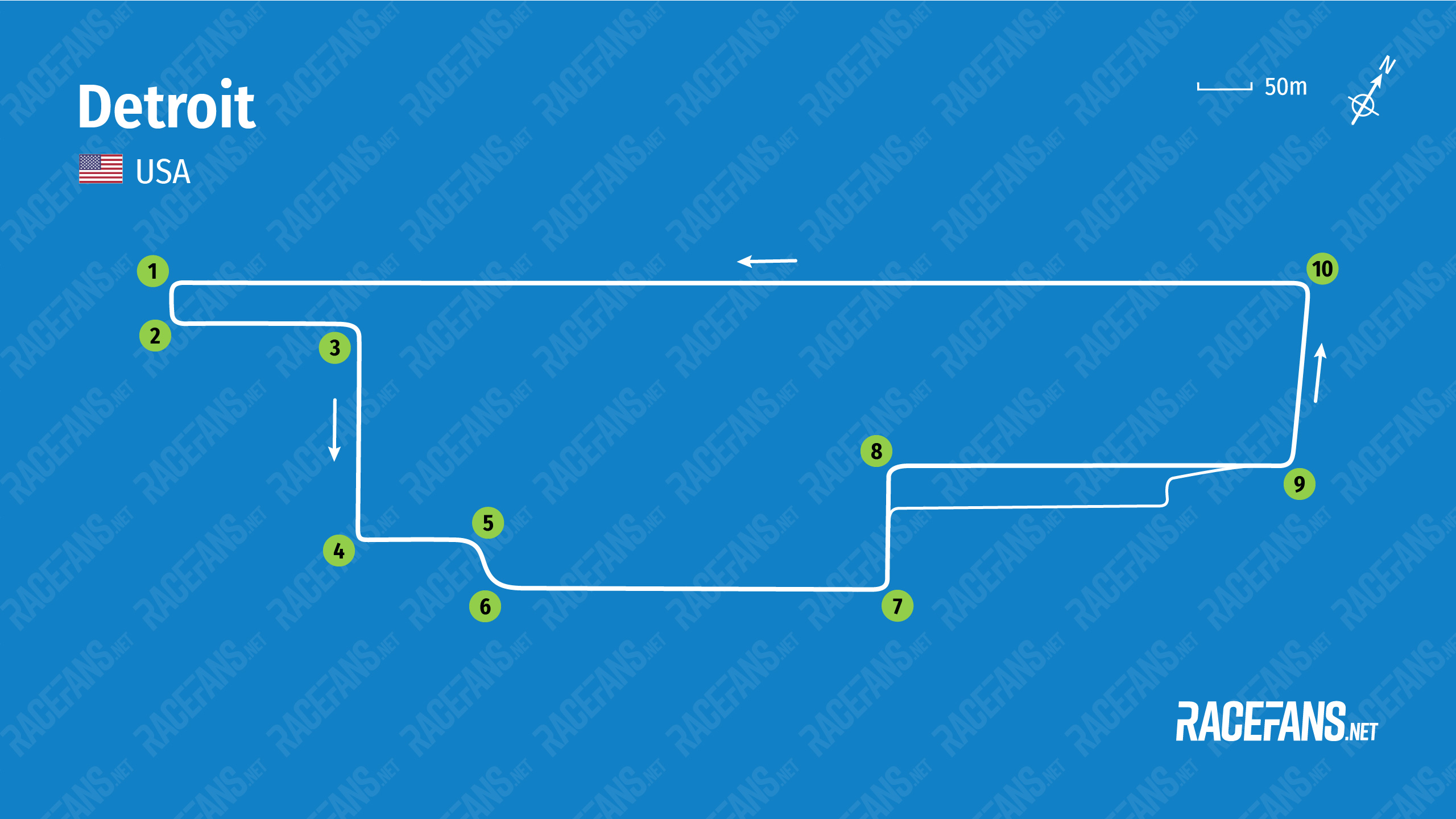 IndyCar drivers Patricio O’Ward and Helio Castronves say they will miss Detroit’s Belle Isle circuit when the series returns to its former downtown location next year.

The Grand Prix of Detroit has been held on the Belle Isle street circuit since it joined the CART schedule in 1990, holding races every year in the series until 2001. IndyCar raced at the circuit in 2007 and 2008, before it became a regular venue from 2012, often holding double-header weekends.

From next year, IndyCar will move its Detroit race from Belle Isle to a new temporary street circuit (above) within Detroit city. It will incorporate Jefferson Avenue and Atwater Street, the same streets which made up part of the Formula 1 circuit during the city’s world championship rounds held between 1982 and 1988, as well as a 1989 CART race.

Asked by RaceFans for his thoughts on the relocation of the Detroit round for 2023, O’Ward said that he had always enjoyed racing at the Belle Isle circuit.

“I’m going to miss Belle Isle, regardless,” said O’Ward. “I love this place.

“I feel like it’s a place that has a lot of character. I always say, I feel like if you were to describe the IndyCar Series, I think this track describes it the best. It’s very old school, very raw. Lots of commitment has to be from the driver’s side to extract the lap from this place. It’s a really cool place.

“I’m sad to see it leave, but I know a lot of people are very excited for downtown Detroit. New tracks are always really cool. So looking forward to that.”

Helio Castroneves – who won his first race in CART at Belle Isle back in 2001 – said that it was a “shame” that the series was losing the popular venue from the calendar.

“It’s great to be back here in Belle Isle,” said Castroneves. “Man, this place is awesome.

“It’s great to see a place that I got my first win ever in IndyCar. So super cool. It’s a shame that’s going to go away, but it is what it is.”