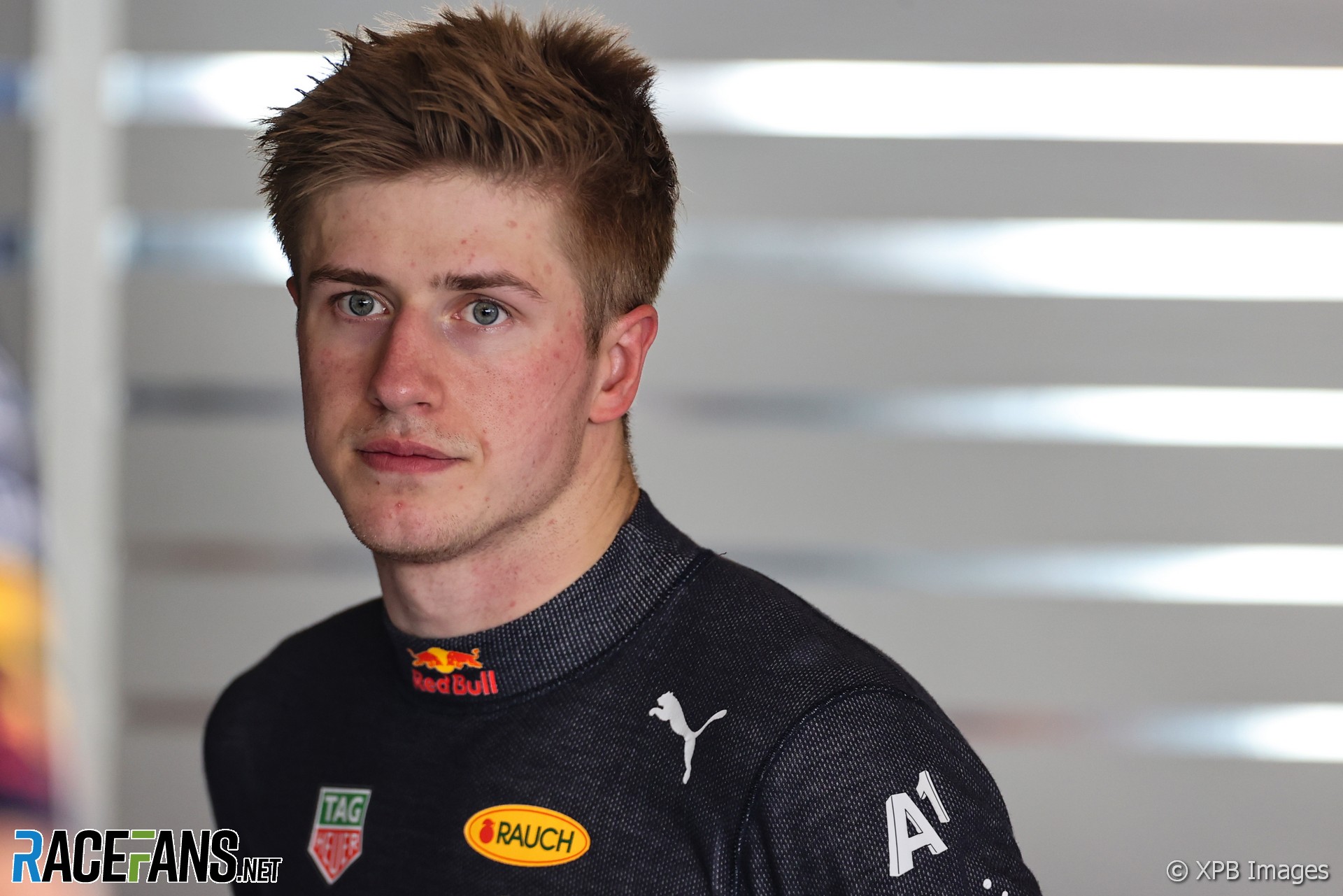 Red Bull has suspended its Junior Team member Juri Vips after video emerged of him appearing to use a racial slur during a live stream.

Footage of the 21-year-old participating in a a game of Call of Duty appeared on social media today. The phrase “bitch n*****” is heard, following which some of the players respond “Juri”.

Among those Vips was playing with, who expressed surprise at his use of the term, was his fellow Red Bull Junior Team member and Formula 2 rival Liam Lawson.

“As an organisation we condemn abuse of any kind and have a zero-tolerance policy to racist language or behaviour within our organisation.”

Vips issued an apology for his use of an offensive term. “I wish to unreservedly apologise for the offensive language used during a live gaming stream earlier today,” he said.

“This language is entirely unacceptable and does not portray the values and principles that I hold. I deeply regret my actions and this is not the example I wish to set. I will co-operate with the investigation fully.”

Vips drove for Red Bull’s Formula 1 team in the first practice session for the Spanish Grand Prix last month. He has also driven for them in test sessions during 2020 and 2021.

He joined the Red Bull Junior Team in 2018 ahead of the Macau Grand Prix. The native of Tallinn, Estonia won the German Formula 4 championship the year before. He raced in the Formula Regional European Championship and Formula 3 for Red Bull before moving into F2 full-time in 2021.

He was next due to compete in the F2 round at Silverstone supporting the British Grand Prix. Vips’ F2 team Hitech has been approached for comment.