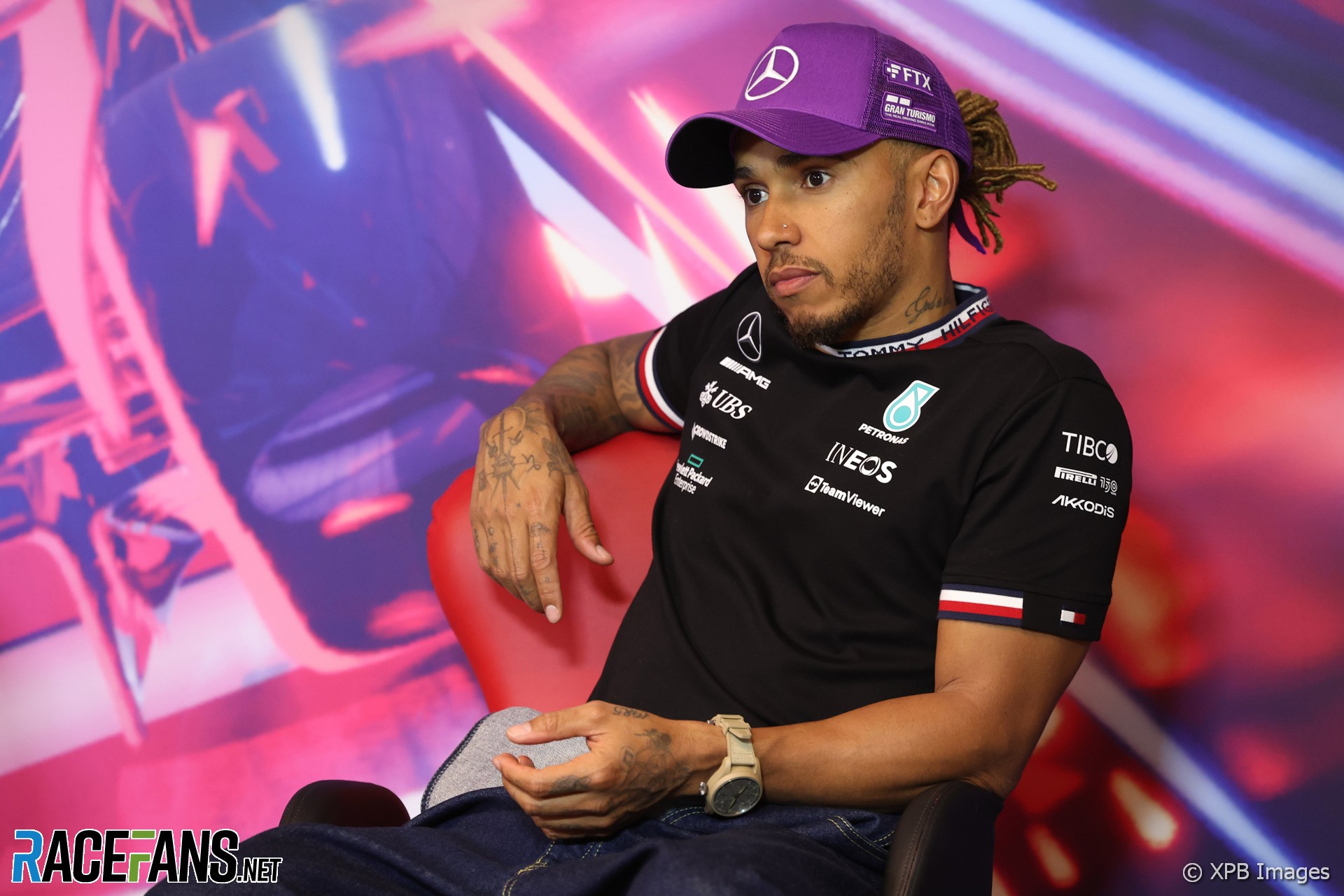 Extreme E teams are broadening the diversity of their staff through a scheme inspired by the findings of the Hamilton Commission.

The commission was set up by Lewis Hamilton to look why certains groups including black people are under-represented in motorsport, and more broadly in science, technology engineering and mathematics subjects, and address the causes.

“Extreme E has got two programmes that encourage all of that,” Gade explained. “There’s obviously the element of the drivers, that you have a 50-50 [gender] split.

Gade also referred to an previously-unannounced plan for teams to be able to work with Extreme E to source staff from under-represented backgrounds, to increase diversity in the paddock.

“Sometimes motorsport can be seen as quite elitist and that there’s only people who have tons of money who get into it, engineering included,” she said. “But there’s lots of different ways of getting into motorsport and encouraging people from socioeconomic backgrounds that wouldn’t necessarily be the first port of call to go and look for engineers or drivers.

“That’s really important. I think they could probably push that and work more on it because there’s definitely room for making sure that it’s much more inclusive.”

Extreme E imposes strict limits on the number of team staff allowed on-site during events, in order to keep its carbon footprint to a minimum. However, one suggestion for how to create more opportunities within the paddock is that an additional team member could be added, as part of the scheme, and in keeping with the Hamilton Commission’s recommendation for reaching out to schools which are not normally recruited from.

“You get to have an extra team member. So instead of having nine, you can have ten because you’re bringing somebody in who wouldn’t normally get the opportunity,” said Gade.

“Then they’re not just a token gesture coming in, they’re actually there with a function. They are coming from schools or organisations where [Extreme E] has been to say ‘think about motorsport as a career’. There’s all these different aspects to it and they’re bringing people in that way.”

Gade’s sister Teena, who is the performance and systems engineer for McLaren’s Extreme E team, said that motorsport programmes could help each other to publicise schemes like the one in Extreme E.

“I think that’s one of the things with social media and things like that. Now you’ve got the F1 voices, you’ve got Lewis Hamilton and Sebastian Vettel and all those guys who are making those noises and some of the young drivers who’ve got big followings off the back of the Netflix effect. So that’s where to start positioning these things and what we have to do, in motorsport as a whole, is not be this narrow-minded.

“So where we only talk about Extreme E, it would be great if we got Lewis Hamilton at an event and he could talk to, there are a couple of technicians that I believe have come from various schools that are backed by the Hamilton Commission and actually talk about them on his Instagram or on his channels. To try and just get that momentum building.

“We do need to talk about it, I think, a lot, about not just the drivers but the people in the background. Perhaps Extreme E has so many things going on it could get diluted, maybe what we need to do is do it pick one event where we focus on one issue.”

Hamilton is the owner of an Extreme E team, X44, whose performance engineer George Imafidon was a member of the Hamilton Commission while its report was being produced.